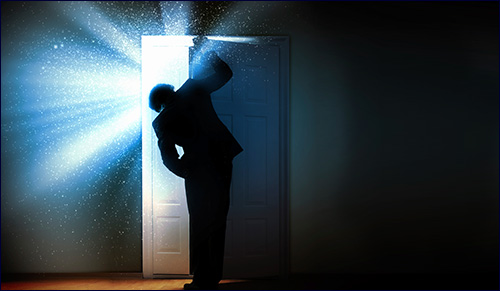 Scoring a professional goal can take a long time. A really long time. But it’s worth it.

Have you ever wanted something really badly, so badly it almost made you feel like a fool? Have you ever prayed and schemed and toiled to get it, but when you actually got it, you thought you were dreaming?

Have you ever wanted something so badly it made you feel like a fool?

This happened to me recently when I sold my first article to the Wall Street Journal. It did not matter that my career had already spanned twenty-five years and included publishing four books and enough articles to wallpaper my four-bedroom house inside and out. It did not matter that my byline had already graced major media outlets including the Boston Globe, Chicago Tribune, Ladies Home Journal, Family Circle, and the incomparable Aish.com, with which I am grateful and proud to be associated. Those were all dandy, but for me, the feat of landing on the journalistically elite real estate of the WSJ was what a hiker might feel about reaching the summit of Mt. Kilimanjaro. While most other major U.S. papers have become ghosts of their former selves, and a few have gone bankrupt, the WSJ remains resolutely plump on paper and online, arguably among the top two most respected papers in the country. I wanted in.

I had submitted several pieces to them over the years, and my mission to crack their pages gained urgency with every passing rejection. Some months back, I finally received a friendly and personalized rejection from an editor who actually signed his name, as opposed to the generic rejections I was used to and which were mysteriously attributed to “the editors.” Crazy as it sounds, for a writer, personal rejections like this are almost exciting. You can smell success around the corner.

I vowed that my next submission would be absolutely, 100 percent rejection-proof. I was not sure how I would ensure this outcome, but I chose a topic that had been riling me for months: the increasingly vulgar, nasty, and even obscene lyrics in the pop music played in my gym – a place that prided itself on its chakra-loving, “affirmative” environment.

By the time I hit the “send” button, I knew my essay was polished to a sheen unlike anything I had ever sent. Inwardly, I vowed that if they rejected this new piece, I would have no choice but to behave like some of the most successful writers of all time, such as Ernest Hemingway, F. Scott Fitzgerald and Sinclair Lewis, and begin drinking heavily. I beseeched the Almighty to give me a break, reminding Him of my most endearing qualities, including offering the increasingly rare “courtesy wave” to other drivers and allowing them into my lane, even when I’m in a hurry. I reminded Him that if He could allow so many hack writers who write in clichés and use foul language to have their books become bestsellers, He could also allow me the chance to spread some Jewish values on the opinion page of the WSJ. And did He really want my sinking into a drunken depression on His conscience?

I admit that my thinking patterns were ridiculously overwrought, and that trying to make deals with God was slightly embarrassing and desperate. But after my lifelong love affair with the wonders of the English language, and my dedication to my work, I felt I needed this break, and I needed it now!

“Good news from the WSJ.”

I submitted the piece on Tuesday. On Thursday, the editor who had gently declined my previous submission emailed that he had received it and would get back to me soon. My pulse quickened. Finally, a little respect. I didn’t expect to hear anything till after the weekend, but early Friday morning, the subject line of the first email I saw with my bleary eyes read, “Good news from the WSJ.” A jolt went through me, but I could not believe this could be the news I had been dreaming of. I figured they were probably offering a discount on my subscription if I renewed early. Besides, it was too soon for them to have gotten back to me. But what if this “good news” meant that the Almighty was caving in to my self-serving demands? I’m sure He did not want me to start drinking heavily, like Hemingway. Fitzgerald or Lewis.

I held my breath as I clicked on the email. We think your piece about your gym is really clever and funny – and we’d like to run it in tomorrow’s paper. Can you confirm for me that you’re around to handle and edit?

I stared at the email in disbelief. I even rubbed my eyes, like a character in the movies. This was infinitely, thrillingly better news than the offer of a subscription discount. I was in such a state of shock that I was afraid to reply. I walked around the house, gulped some coffee, and re-read the email. Even after the caffeine kicked in, the email was still there. Though part of me still thought I was hallucinating, I replied in a style that I hoped blended breezy delight with business as usual, and hoped that they would not say, “Who are you and what are you talking about?” However, they seemed to recognize me right away, and I worked with another editor during the morning on a few editorial changes they requested. All the while, I felt like Sally Field, who famously said when she won her Oscar many years ago, “You like me! You really like me!”

I scared my husband when he heard the voice mail I left telling him the news. Apparently, my tone of voice was rather hysterical, and he wasn’t sure whether we had won the lottery or someone had died. I called each of my children to brag about their mother’s coup, and went through the day in a state of stunned happiness.

The Almighty has a sense of humor, which is why, I suppose, when He opened this door for me, He still made me wait. Since we do not carry the newspaper into the house on Shabbat, I had to stare at the paper on our walkway all day until the moment of Havdalah, when I tore into the plastic wrapping, opened the paper, and saw my story. To help celebrate, my family offered to do all the Shabbat clean-up so I could stare at my byline while sitting in an easy chair. Are we an exciting family or what?

I was especially thrilled to see letters to the editor a few days later supporting my view, and I received a flurry of personal emails whose essential message was, “You go, girl!” One man called me to discuss it, and I was a little creeped out to discover how easy it was for people to find where you live, which he apparently knew, as well as your number. I was even more creeped out when he started talking about his feelings about women who wear five-inch heels and short skirts, which is when I told him I had another deadline for the WSJ and hung up.

I waited for reporters and radio hosts to call me and ask for interviews so I could charm them with more of my humor and insights. However, nobody called or emailed. Hey, their loss! That’s okay, though. I get to see my WSJ article every day in a framed reproduction that sits on my desk, reminding me that persistence, prayer, and even some hard bargaining with the Almighty can pay off.

One Small Step
Why My Iranian Mother Didn’t Want Me to Become a Religious Fanatic
The Jewish History of Prague
Why the Sexual Revolution was Bad for Women
Comments
MOST POPULAR IN Jewlarious
Our privacy policy
Aish.com Is Looking for Great Writers