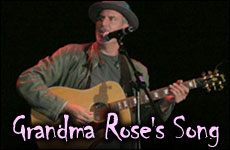 When I tell you I used to help my mom stud ham with cloves, don't get the wrong idea.

Our family wasn't assimilated, we just didn't know anything about keeping kosher and besides, we liked ham. Remember, for Jews who don't keep kosher, there exists a kind of "pork/kashrut hierarchy". It goes like this: All Jews eat bacon, especially in BLT's; they're widely thought of as completely kosher. Barbecued spareribs are almost as kosher as bacon, but some feel guilty about eating them and will refrain, (unless the ribs in question are especially well prepared). Most Jews have a problem with ham. However, a ham sandwich is not as bad as when ham constitutes the main dish. Lastly, we come to the issue of pork chops. In the Minneapolis suburb where I grew up, I never met anyone who had even dreamed of eating them...much less preparing them in the home.

Why this is, I have no idea; nonetheless, it's a verifiable fact.

That said, I grew up in a home that was very Jewishly identified. My mother lit Shabbos candles, my father made Kiddush over the Welch's grape juice, and mostly, there was my Grandma Rose.

I grew up in a home that was very Jewishly identified. My mother lit Shabbos candles, my father made Kiddush, but mostly, there was my Grandma Rose.

She came to America from Romania when she was eight years old and though she spoke English well, I personally never heard her use a sentence that didn't contain some Yiddish. And there was the Yiddish song that she used to sing to my siblings and me. A tragic folksong really, composed by a woman whose husband had died of tuberculosis. Grandma Rose learned it while rocking the cradle of the woman's fatherless daughter.

Though the song was born of tragedy, it never stopped my grandma from singing it to us as she tucked us into bed, or bathed us, or served us her noodle kugel.

Growing up, I have to admit, I often took her for granted. But all that changed one afternoon in 1974 when I got the brilliant idea of "borrowing" some plastic tubing and Pyrex beakers from the eighth grade science lab to create the world's most elaborate hookah pipe. Pant-legs bulging with newly liberated science equipment, I passed Grandma Rose in the kitchen as she chopped eggplant and onions.

After spending half an hour in the basement with my new invention, I went back upstairs and found her still busy; humming quietly to herself. I stood in the hallway watching. "Grandma," I finally said, "would you sing that song...the Yiddish one that you always sing? I want to write it down."

From that day forward, those eight familiar stanzas had become much more to me than a quaint old tune. With it, I began to forge a link with a part of myself that had been hidden away. I learned to play it on guitar and later, when my grandma had lapsed into senility, my family called on me to sing it for her -- as if to temporarily pull her back to us. It worked for a while. The song made her sit up straighter. It made her eyes lighten...sometimes she would even mouth the words. At some point though, something pulled her beyond even the reach of that fragile tune.

But music continued to pull at me and one night, years later, I was playing a show in Los Angeles. The record company people were out in force. The talent booker from the Tonight Show was there. And I still don't know why, but in the middle of that set, I stopped the show and quietly sang my Grandma Rose's song.

When I got backstage, my agent and my music attorney, (both Jews of course), were clearly upset. Arms folded across his chest, the attorney spoke first. "Pete, you gotta understand, what you did out there tonight was fine for a JCC, but for the Roxy? C'mon, it was way too Jewish!" My agent was nodding in agreement.

"Pete, what you did out there tonight was fine for a JCC, but for the Roxy?"

After collecting my thoughts I said, "You fools. If I were a Seminole Indian and I started playin' a song that I learned from my grandma ...about the Great Spirit or whatever, you guys would have been moved to tears. But since you're both so filled with self-loathing, none of the beauty of that song could touch you."

Now I'm not saying that Grandma Rose's song has mystical powers or anything like that... but the end of the story is this: The agent is currently...uh, "between" jobs and the attorney...well, he's grown a long beard and is living with his wife and five kids in the Old City of Jerusalem.

Why Are Jews Funny?

My Life as a Jewish Cartoon
Scientific Curiosity and the Divine Encounter
Mind Over Milkshakes
Love the Convert
Comments
MOST POPULAR IN Jewlarious
Our privacy policy
Aish.com Is Looking for Great Writers