Good with Money: Funding the Jewish Future with Mike Leven

Only 30% of Jews give to Jewish causes. Recognizing that significant funding gap, philanthropist Mike Leven created the Jewish Future Pledge. 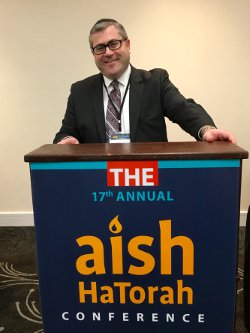 Can We Know if the Exodus Happened?

PODCAST: Zero Percent: Why Are Jews So Successful?

State of the Art: A Shmooze with Jews in TV and Film

The Search for Life on Other Planets

Are We Immortal? A Scientific View

Science, Faith and Mental Health: A Conversation with Erica Komisar and David DeSteno
The Blue Beyond
Great Place to Live
Is Eating Supposed To Be Spiritual?
Comments
MOST POPULAR IN Videos
Our privacy policy