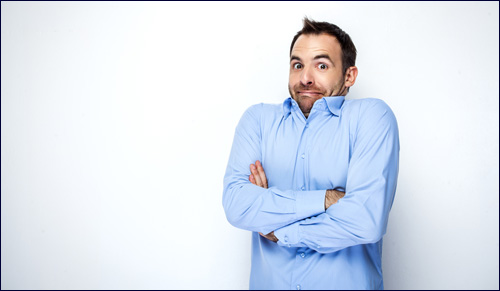 Join me while I highlight the things you should absolutely not utter or attempt when making a shiva call.

Making a shiva call is an immensely important mitzvah and the process of mourning certainly is no laughing matter. It should be approached with maximum care and respect. With that said, we can all acknowledge that making a shiva call also can lead to some uncomfortable moments, especially for those who struggle with saying the right thing. Obviously, making a shiva call can be a delicate situation so it's wise to enter a shiva house with the utmost sensitivity and to be keenly cognizant of the mourners’ mood.

Do not ask if the decedent had a will and whether you are mentioned in it.

Of course, no matter how careful you are, a shiva call can produce an awkward moment or two. So, the question is: what is the right thing to say when making a shiva call?

Let's tackle this tricky topic through process of elimination by identifying the wrong things to say or do at a shiva house. Here are examples of what you absolutely should not utter or attempt when making a shiva call.

Do not convey your condolences through a game of charades.

Do not ask if the decedent had a will and whether you are mentioned in it.

Do not ask if the decedent's spouse is interested in dating. Not only is that a "too soon" question," it is too creepy too.

Do not mention that the decedent had borrowed something from you but had not returned it. Let it go, unless it was your prosthetic leg, pacemaker or Rolls Royce.

Do not ask what the decedent's last words were. That is crass, classless and none of your business, unless it pertained to the return of your prosthetic leg, pacemaker or Rolls Royce.

Do not start blabbing about yourself. Initially, let the grieving parties do all of the talking. If you cannot contain yourself, then at least be sure not to make flippant comments using insensitive words. For example, do not mention that your strenuous yoga class was "killer" and that you are so tired that you are "literally dying." Do not mention that you forgot to put on make-up this morning and must look like “death warmed over." Do not mention that your favorite T.V. shows are Six Feet Under and The Walking Dead or that your favorite movies are Dead Poet's Society and Dead Man Walking. If someone challenges your sincerity, do not reply that you're "dead serious." Do not tell the bereaved that you are worried about them and have many "grave" concerns.

Do not take a swim in the backyard pool during shiva hours but, if you so, do not attempt to impress the mourners with your highly believable dead man's float.

Do not ask for the decedent's tee time, season tickets or High Holiday seats. Even if you and the deceased share the exact same initials, do not ask for their monogrammed shirts and cufflinks.

Do not make incredibly stupid and highly insensitive jokes like, "Why do people who are buried in a coffin lack creativity? Because they will never think outside the box."

Do not hand out business cards to the mourners.

Do not show up to a shiva house that has a long line out the door and then claim you have priority because the mourners issued you a Disney-esque Fast-Pass. By the way, even if the line is impossibly long and disorganized, it also would be extremely inappropriate to expect a busy shiva house to operate like a bakery or delicatessen because, let’s face it, it’s really not a “take a number and wait” situation. You are there to comfort the mourners; they are not there to take your order.

Just imagine how unbelievably wrong it would be if a shiva house actually operated like a bakery or deli:

Mourner: Number 41!
[No response.]
Mourner: Number 42!
You: Finally! Yes, I’m number 42. That’s me.
Mourner: O.K., what can I get you?
You: Alright, well I’d like a half a pound of quality time with you and three slices of credit for even paying a shiva call because we’re not actually that close.
Mourner: Coming right up. Number 43!


Bottom-line: Always show maximum respect for the grieving and never send your condolences via sky-writing.

The Year We Built the Sukkah
Saadiah Gaon, Rashi and Maimonides: How Three Rabbis Revolutionized Judaism
King Sennacherib and the Siege of Lachish
Three Small and Easy Changes to Add Positivity in Your Home
Comments