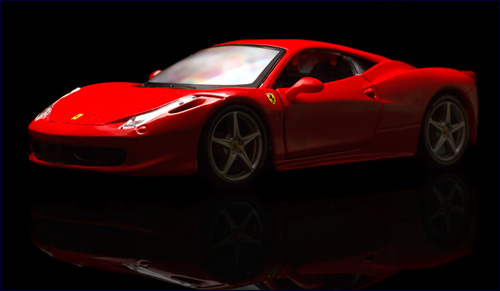 How I fell in love with Judaism, even the detailed laws.

“Imagine you are in a car with your twin. One of you represents your physical drives; the other, your spiritual drives and your intellect. Your two selves are forever stuck together in this car, steering it in opposite directions. Which ‘you’ do you want to be in the driver’s seat?”

So started my first class by Rabbi Shaya Karlinsky, head of Shapell’s College of Judaic Studies, where I am currently immersed in 10+ hours of daily Torah study.

Almost exactly two years ago I listened to a similar lecture at Aish HaTorah Yeshiva in Jerusalem’s Old City, given by Rabbi Motty Berger. I can only describe the several days I spent there, listening to brilliant minds like Dr. Gerald Schroeder (a nuclear physicist with a Ph.D. from MIT turned Torah scholar), Rabbi Gavriel Friedman (who often rapped his pop-culture-filled lectures without missing a beat) and Rabbi Yom Tov Glaser (the surfing rabbi), as an experience akin to falling in love. For the first time in my life, Judaism was explained to me in a way that I could connect to.

Like so many Jews who grow up non-religious, I had a completely distorted understanding of what Judaism was all about.

Like so many Jews who grow up non-religious, I had a completely distorted understanding of what Judaism was all about, and that distorted understanding stemmed entirely from a simple lack of information. The Judaism I discovered during those few days at Aish HaTorah contained gems far brighter and more profound than any I had come across in my meandering search for Truth up until that point. It was a supremely comforting feeling to realize that I was a living link in a chain of belief and practice that for millennia has transformed, and continues to transform humankind for the better. It was also somewhat terrifying, for I had been given a glimpse of Truth; a Truth that demanded adherence to a very specific set of rules and beliefs.

What then, was I to do? Up until that point in my personal road trip, my hedonistic self had been in control of the car. There is no denying that it was fun, but I couldn’t shake the gnawing feeling that there was something more to life than merely satisfying my desires.

I had so many questions and felt like my world was in disarray. In trying to clarify my confusion, I spoke with rabbis and others who had been on the path longer than I. One common theme that emerged from these conversations was that the best way to fully understand Judaism was by doing the mitzvot, the things that the Torah requires Jews to do. As Rabbi Benjamin Blech writes in Understanding Judaism, “Judaism is a religion of deed, not creed.” It is what you do (or don’t do) that is far more important than what you believe.

As I began taking on some of these mitzvot, I started to understand what everyone had been saying. At first, the thought of giving up my weekends in order to keep Shabbat sounded like a death sentence for my social life, but after some time, I started to see the value in taking 24 hours off from life’s rat race and spending it with like-minded people, enjoying each other’s company and talking about what we are doing in this world with the short flash of time we have been given.

The thought of having to shut it all down for one day started to seem like a fantastic idea.

A few more Shabbatot spent in wholesome, soul-enriching interaction with people whose lives were infused with a sense of meaning and purpose, and I started to wonder who the crazy ones were — those who never consciously and deliberately took a break from their phones and virtual social networks, or those who shut everything down for 24 hours no matter what, in order to remind themselves of where they were going and why? The thought of having to shut it all down for one day started to seem like a fantastic idea. People in the tech world also agreed, as the concept of a “tech Shabbat,” popularized by filmmaker and Webby Awards founder Tiffany Shlain, began to take root.

The more I learned and the more mitzvot I took on, the more I realized that there was real wisdom in Judaism that served as a blueprint for how to live a happy and meaningful life. All the grand and beautiful ideas that Judaism gave birth to, like the unity of everything, the importance of guarding one’s speech, helping the needy, engaging in acts of kindness, of focusing on something larger than oneself, all resonated with me on a deep soul level.

After some time leading an observant lifestyle by keeping Shabbat and keeping kosher, I realized that if I really wanted to commit to this life, I needed to build a foundation of Jewish knowledge, so I moved to Israel in October 2015 and enrolled at Shapell’s Darche Noam. As I started learning more about halacha (Jewish law), I began to get turned off by all the rules that govern every minute action of an observant Jew’s life. Does God really care if I clip my nails in a particular order, or if I tie my left shoe before my right one? Does it really matter if I hang my mezuzah horizontally or vertically?

An interesting thought came to mind that has helped me deal with these questions, and in general with the dichotomy between the big, beautiful ideas that turned me on to Judaism, and the seemingly nonsensical details that I don’t quite understand.

Perhaps we can understand the relationship between Judaism’s grand, civilization-shaping ideas, and its less comprehensible details if we take a look at our universe and how it works. At the time of the publication of Einstein’s theory of relativity, the world stood in awe at the elegance and beauty of the universe, and of the predictable laws that govern it. Einstein himself said that he felt like he had peeked into the mind of God.

But when scientists shifted their focus from the grand, beautiful theory and predictable laws governing the movement of large celestial bodies, to reality at the subatomic level, a chaotic picture emerged. Particles seemed to pop in and out of existence, and all of the laws which painted an orderly, sensical picture of the universe when examined on a grand scale, totally broke down when examined on a minute scale.

The beauty, predictability, and elegance of relativity theory gave way to confusion, chaos, and seeming meaninglessness at the subatomic level.

This duality isn’t something from a science fiction novel; rather it is the very fabric of the reality in which we exist. If the Torah is the blueprint from which everything was created, it would make sense that it should contain something akin to its own version of relativity theory (the grand, beautiful ideas that gave me the sense of awe at discovering the Truth), as well as its own version of quantum mechanics (the details, the halachot) that many Jews, including myself, struggle to find meaning in.

The detailed laws form the foundation from which the grand, sweeping, elegant ideas emerge.

Rather than viewing the detailed laws as an impediment to the Ultimate Truth, I am beginning to understand that like their subatomic counterparts, they form the foundation from which the grand, sweeping, elegant ideas emerge. Without the seemingly chaotic and erratic world of quantum mechanics, our universe would fall apart, and without the detailed laws, Judaism would fall apart.

One thing is for sure, whatever I thought Judaism was about when I started this journey is in actuality infinitely deeper. Getting the chance to immerse myself in Torah and Talmud, wrestling with its ideas and multi-layered meanings, is like taking a peek under the hood of God’s Ferrari, a Ferrari that I am increasingly driving with my intellect.

Roger Goldberg was born in Israel to American and Russian parents, and grew up in Columbus, Ohio. In 2010 Roger co-founded the Reward Volunteers iPhone app, which was acquired in 2012 by Vermont based Cabot Creamery Cooperative. After 9 years of living in Brooklyn, Roger decided it was finally time to come home, and to that end, made Aliyah in October 2015.

Discovering I May Not Be Jewish

When the World Stopped
Near Death Experience Panel
The Western Wall: The Heart of the World
Ask the Right Question: Tisha B’Av
Comments
MOST POPULAR IN Spirituality
Our privacy policy
Aish.com Is Looking for Great Writers