Go Ahead, Make My Boycott 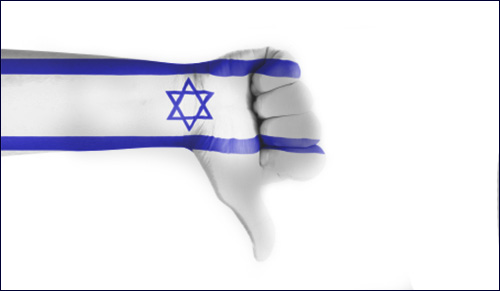 Advice to those advocating a boycott of Israel: be consistent and boycott everything that comes from the tiny Jewish state. This will make your life much more…interesting.

In December 2013, the American Studies Association jumped on the “I wanna be politically correct and boycott Israel, too!” bandwagon and voted to shun any involvement with Israeli universities, claiming denial of human and academic rights to Palestinians. With their announcement, this previously obscure and odious little group gained instant notoriety.

Why let facts get in the way when bathing in a soup of fabulously ignorant self-righteousness?

This “me-too!” anti-Israel virus is really getting tiresome, and clearly the so-called “academics” calling for the boycotts are slacking off on their studies. Perhaps if they bone up on some reading material other than leftist anti-Israel screeds they might stumble onto the information – readily available – that in “apartheid” Israel, Mais Ali-Salehm a female Muslim, was valedictorian in the most recent graduating class of the medical school of the Technion, Israel’s equivalent of MIT. They might have learned that a black Ethiopian immigrant named Yiyish Aynaw is the current Miss Israel. They might have discovered that a Druze, Colonel Rassan Alian, is currently the commander of the elite Golani Brigade of the IDF. They might have learned that Salim Joubran, a Palestinian, is a member of the Israeli Supreme Court. But why let facts get in the way when you are bathing in a soup of fabulously ignorant self-righteousness?

The ASA now joins their dirty hands with the Association for Asian American Studies (AAAS), which announced its boycott of Israel last April. And of course there is the endless parade of other boycotts among celebrities, those paragons of knowledge and sophistication, and various other groups, against Israeli sporting events, performers, and products.

I say to all these boycotters: Go ahead, make our day. Just be consistent and boycott everything that comes from the tiny Jewish state. This promises to make the next conference of the ASA or the AAAS a tad more challenging when they discuss such pressing academic topics as Tattoos in American Popular Culture (Pitzer College), Lady Gaga and the Sociology of Fame, (University of South Carolina), Zombies in Popular Media (Columbia College, Chicago) and The Textual Appeal of Tupac Shakur (University of Washington).

Here’s a handy tip sheet for the next conference attendees:

As conference attendees revisit life in the 1970s, I hope they recommit to their plans to maintain their boycott of everything made in Israel. But before they vote, they might want to consider the following:

Speaking of vision problems, it’s understandable that Israeli innovators are first tackling the problems of physical blindness. Research into the causes and cures for moral blindness are ongoing. I have every confidence that Israeli-based solutions are in the pipeline!

Goyish Vs. Jewish, Part 3
It Takes A Lot Of Faith To Be An Atheist
How Instagram Brought Back This Nostalgic Soup
What Makes Eli Run?
Comments
MOST POPULAR IN Jewlarious
Our privacy policy