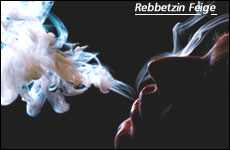 I miss smoking marijuana. Is it really so terrible?

I became observant around five years ago and have never looked back. But there is one thing I really miss – and that is smoking the occasional joint and getting high. Does the Torah really prohibit marijuana? Why should it be any different than alcohol which many observant Jews partake in – and some even overindulge.

Congratulations on your successful five-year journey. It is a remarkable achievement. Five years marks a major turning point in sustainable health, both in the physical and spiritual realm. Be advised though, my dear reader, that Jewish sources caution us that it is just at the time when we settle into a newfound level of spirituality that we must be especially vigilant about becoming complacent. It is at this point, we are taught, that the yetzer hara, the lower part of ourselves, goes into overdrive to truly challenge our resolve.

In your case, you have demonstrated the ability to disabuse yourself of substance dependencies. The little voice in your head is now introducing doubt as to whether it is really necessary to toe so strict a line. If no sanctions are enforced against excessive alcohol intake, then why not the occasional joint? Whether this would constitute a major or a minor departure from your abstinence of five years, be assured that, nonetheless, your craving comes from the lesser, not the better part of yourself.

The residual effect of marijuana stays in the brain for three weeks.

I consulted experts in the field – my brother-in-law, Dr. Abraham Twerski, a foremost authority of substance abuse treatment, and Mr. Alex Goldman, a local, very able drug counselor. They advised me that dependency on alcohol and its extensive use constitutes an addiction in the same category as drugs, gambling, food and sex. Neither pot nor alcohol use is a good idea, irrespective of its legality. In certain instances, the Torah recognizes the legitimate – and controlled – intake of alcohol. The difference, however, is that while alcohol stays in the body for two hours, the residual effect of marijuana stays in the brain for three weeks. Additionally, there is a state of lethargy that commonly follows recreational use of drugs.

Recreational drugs induce a "high," a state of altered reality, a euphoria. Unquestionably, this is one of its major attractions, as the reader clearly states. Especially for those who have been there and done that, it is overwhelmingly luring and enticing. Nonetheless, from a Torah perspective, while a heightened state of exultation is desirable, it must only be achieved through hard work, discipline, perseverance and personal growth – not through a quick artificial fix.

Those in Jewish history who were granted, rather than toiled for, an exalted spiritual experience, were not able to sustain it. There is no substitute in human spirituality for sweat and toil, confronting adversaries and triumphing, being kicked down and rising again, and not taking "no" for an answer. Those who have availed themselves of quick fixes indeed report altered perceptions of reality – some even positive in nature – but invariably they painfully discover that the cost is too great.

In your case, dear reader, you have come such a long way that it would be a shame for you to risk backsliding. The possibility of a relapse, I am told, is very real. Impulse control is weakened and as you probably know, with each use, there is increased tolerance demanding more and more to get satisfaction. Moreover, it occupies and robs one of time, the most precious commodity that we possess.

All this without even touching the monumental issue of psychological dependence.

The Torah promotes the physical, emotional and spiritual wellbeing of the individual. Hence, for all the reasons stated above, Torah authorities insist that the use of recreational drugs represents a serious departure from God's will.

Dr. Twerski suggested that when you feel a growing urge to indulge, that you seek out an AA support group. Classes in Jewish spiritual thought in context of growth-oriented people will also be invaluable.

Be assured that all of us have our "Achilles heel," our personal and individual vulnerabilities and fragilities. Being aware of our weaknesses and knowing the face of the enemy – as obviously you do – is already half the battle. Find substitutes, a consistent learning program, a good exercise class… whatever will fill the void and contravene the craving to surrender.

I am reminded of a story related by Rabbi Yaakov Weinberg, of blessed memory. He told of a young man who interrupted the rabbi's class with a frenzied sense of urgency. The young man said that he had just learned that for every non-kosher species, there is a kosher counterpart.

If we channel the energy appropriately, we can conquer our inner world.

"What," he blurted out with eyes bulging, "is the kosher counterpart to shrimp? Before I became observant, shrimp was my favorite dish. I'm dying to taste it again!"

There is another Jewish concept that correlates with this one. We are advised that the passion, power and intensity that we may have once invested in pursuit of inappropriate behavior, is equally available for our pursuit of beneficial action. The dynamic is still there and if we choose to channel the energy appropriately, we can conquer our inner world.

In other words, our past behavior was indicative of a searching and a seeking, albeit misguided in its form. It bespoke a desire to be alive with excitement; it was life throbbing tissue pulsating within us. What we do with that energy is our choice. And what we choose will define us.

Find your kosher substitute, and may God bless you with success.

As articulated by Rabbi Moshe Feinstein (Igros Moshe Y.D. 3:35), marijuana use is forbidden for many reasons:

1) It harms the mind and body. This is a violation of "Ushmartem et nafsho'taichem" – the Torah commandment to guard one's health (Deut. 4:15). Even if marijuana does not harm the bodies of certain individuals, it certainly impairs them mentally and leads to faulty understanding, and laziness in Torah and mitzvahs.

2) Smoking marijuana creates a great craving to eat food, even when one isn't hungry. This may lead one to gluttony, which the Torah warns against in the case of the rebellious child. (Deut. 21:18)

3) Smoking marijuana creates other cravings, and to relax one's moral guard, which breaks the commandment of "Don't go after your hearts and eyes," the injunction to keep our physical drives in check.

4) Depending on the situation, one who smokes marijuana may be breaking the commandment to honor your parents. (Exodus 20:12 and Deut. 5:16)

5) Smoking marijuana is in violation of the commandment "Be holy," according to the interpretation of Nachmanides. (Leviticus 19:1)

6) In most locations, smoking marijuana would go against the Torah in that Jewish law enjoins us to obey the laws of the country in which we find ourselves.

Ending the Cycle of Abuse

The Internet and Intimacy

Kids Not Wanted
Vayelech 5783: Regret and Repent
Rabbi Sacks: Focus On the Important, Not the Urgent
Put Your Foot Down: Are Human Feet Poorly Designed?
Comments
MOST POPULAR IN Family
Our privacy policy
Aish.com Is Looking for Great Writers