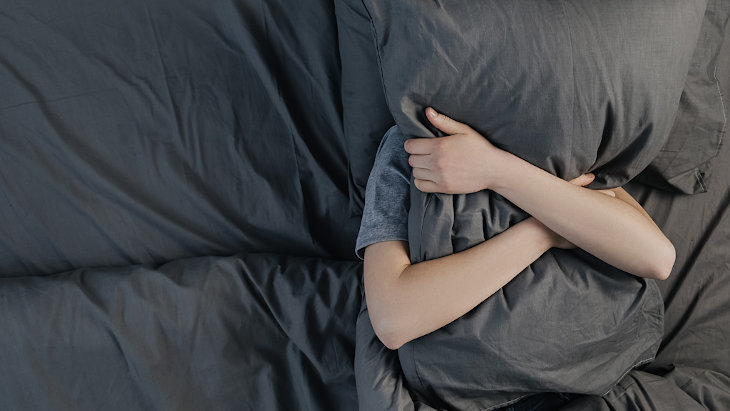 Having your plans or hopes actively and unjustly thwarted and defeated in a travesty of justice.

The first day of sixth grade, my teacher made an announcement: "This is your final year of elementary school. We want everyone to work extra hard! The student who shows the most effort will get $350 at the year's end. Only one student will win. Strive to make that student you!"

I knew I was a hard worker and believed I could win.

The year passed in a blur of me generating creative ideas, working extra hard, volunteering time. It soon became clear there were two frontrunners for the prize: me, and a boy named Matt.

As we passed the half-year mark, Matt's mom began frequently popping into classroom. Suddenly she was chaperoning, helping with class activities, seeming perpetually available. A nervous pit spread in my stomach, but I told myself this was a merit-based award, not a mom-based one. The teachers could see I was truly striving, saying things like, "You're in line for the prize!"

During an algebra test, I saw Matt straining to see my paper. "A cheater will never win," I told myself. I didn't tell on Matt, figuring justice would prevail…

Matt's mother increased her activity as the year ended. During the last week of school, no call came to inform my parents that I would be the honored recipient. It became clear: I was not going to win. Matt was.

Amidst the platitudes, there was no apology or explanation. She thought I was a poor loser. I tossed the card in the garbage.

Through tears and deliberation, I decided not to attend my sixth-grade graduation. Seeing Matt win was just too painful.

Instead, I stayed home and licked my wounds (and some ice cream). Two weeks into summer vacation, I received a card from my teacher. "Things don't always work out the way we hope," she wrote. "It's painful, but part of life. We have to be mature ..." Amidst the platitudes, there was no apology – and no explanation. She thought I was a poor loser.

I tossed the card in the garbage.

Years later, my husband's friend shared a term he'd made up to describe exactly these kinds of situations: getting farfed -- having your plans or hopes actively and unjustly thwarted and defeated in a travesty of justice. The term resonated. All I could think of was Matt and The Prize. Indeed, I had been farfed!

In 12th grade, as we were nearing graduation, my English teacher called me into her empty classroom. "You are among the top students and are in line to receive several awards. You deserve them! But I'm faced with a big problem. One of our valedictorians (there were six!) is not receiving any. She's terrific all around, but honestly, she didn't excel in any area. I would like your permission to give her the English award."

She arched her fingertips together. "By all counts, the award should be yours. You've outshined everyone. But it's not okay to have a valedictorian not receive any prize. And she is an excellent English student. What do you say?"

I sat in stunned silence. Six years later, I was facing an almost identical situation. But this time, I was being treated with respect and maturity. Could I refuse? Under the intense pressure, it didn't occur to me to ask if we could split it or somehow compromise.

My teacher waited for my answer. "Okay…" I stammered, though I didn't feel okay. English was my favorite subject. It would have meant so much to win that award, especially since I deserved it, as she had said. But I was so stressed — and this incident starkly contrasted with my sixth–grade experience.

"I knew you would make the right choice," the teacher said, reaching across the table to squeeze my cold, clammy hand.

I did attend that graduation, smiling and clapping as my friend's name was called for the award. But I still felt farfed.

During graduation season, I often remember those two incidents and wonder what I was meant to learn from them. One thing is clear. When someone else is farfing you, don't farf yourself.

Often, the only choice we have in a situation is how we think about it. What kind of self-talk, thoughts, emotions are going to accompany us through? Will we cling to resentment and grudges — or let them go? This type of free choice is one of the toughest forms of inner work there is. But it's the only way not to farf yourself.

The sadness of loss and the pain of injustice were real. But if I remind myself that God is running this world, then I know I was meant to endure this. And I know that I'm gaining inner strength by going through it. Not only that, I know what I'm worth; no external reward can dictate that to me.

Graduation this year of COVID-19 looks vastly different than it has in the past. Some graduates may feel farfed by life, the government, their school. Don't farf yourself! Be proud of your accomplishments and celebrate them, whether or not you walk before an audience, shake hands, or receive your diploma in person. The thundering applause is a nice bonus, but you can also clap for yourself.

Preventing Child Molestation
Should I Break Up, Get Engaged or Keep Dating?
Time Is Your Precious Commodity
A Constant World in Flux
Comments
MOST POPULAR IN Current Issues
Our privacy policy