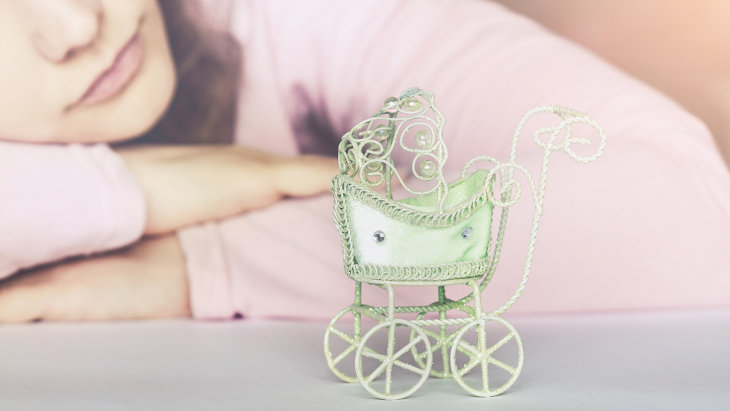 Our genetic test revealed that we were both carriers of a mutation of Type 1 Gaucher disease.

Our relationship was getting serious and I felt giddy when he asked me to do a couple’s genetic screening test. My college genetics courses had drilled into me that knowledge is power, and I wasn’t nervous about the results. We were both Ashkenazi Jews (who are at a higher risk for many genetic diseases1), but I was mixed blood thanks to my mother’s conversion. A quick internet search yielded JScreen as a good fit: easy, affordable, and comprehensive for our ancestry.

It was a spring day in California when we decided to meet up at the shaded picnic table for the joint call with the genetic counselor. Her gentle voice relayed, “You are both carriers of a mutation of Type 1 Gaucher disease. The only way to guarantee that your children don’t inherit the disease is through pre-implantation genetic screening via IVF.”

At first, the news didn’t register emotionally. My thoughts raced to the implications. Memories flooded my mind of the months and years of Mom going through fertility treatment -- endless emotional rollercoasters, waves of nausea that left her bed-ridden, a mammogram scare that suddenly appeared then vanished as soon as she stopped the medications. Before mentioning the three dreaded letters, my boyfriend gazed at me and said, “Just so you know, this doesn’t affect how I feel about our relationship. We’ll figure this out.” And just like that, the news was dispelled to the back of my mind.

A year and a wedding later, we were curious if IVF (in-vitro fertilization) was truly our only option. We used a direct-to-consumer test, so surely there was a high false positive rate, right? (We later learned that this is not the case. JScreen uses the same service as top hospitals, which has an error rate of less than 1%.) JScreen, understandably, wouldn’t retest us, and neither would any other genetic screening agency once they knew we had previously tested. We thought we could outsmart the system by having our parents give a spit. My mother-in-law was indeed a carrier. Since my mother had converted, we assumed my dad was positive, but they made a bet anyway and both tested. To everyone’s surprise, my dad was scotch clean and my Gaucher allele turned out to be maternal.

Once we had moved past our initial denial, we hunkered down to do our research. Having two mutated alleles for Gaucher disease results in the lack of an enzyme called glucocerebrosidase, which normally breaks down fatty substances in the body. These fatty substances can accumulate in the spleen, liver, and bone marrow, causing organ damage2. The good news is that the most common type of Gaucher (for which we are both carriers) is milder and generally asymptomatic during childhood3,4. Furthermore, symptoms can be perfectly managed by infusing the missing enzyme, a drug that nearly every insurance covers. Past age 18, an oral pill is effective for most patients2. As someone who had nightmares about IVF because I’m sensitive to even the mildest dose of hormones, the answer seemed clear. Modern science has allowed us to conquer this disease.

However, our parents and a Gaucher specialist helped us picture exactly what life would look like if we had a child with Gaucher. A host of annual and biannual tests, from in-depth physicals to MRI scans, are recommended from birth to catch the onset of symptoms before they cause permanent bone damage. If a child does become symptomatic, he needs to receive 2-hour infusions every other week, for the rest of his life. An infusion port could be required, and contact sports are to be avoided. The treatment, although likely covered by insurance, costs three hundred thousand dollars a year2. Even if the chance of having a symptomatic child is around 15%, it seems like a high price to pay for a few difficult months of fertility treatment3,4.

It’s a blessing to have the tools and technology to preempt the disease and bring healthy, happy kids into the world.

God gives us the strength to overcome and grow from life’s challenges, with a few surprise gifts along the way. It is overwhelming to think that all of our future pregnancies (God willing) will have to be through IVF. Instead, I have learned to frame the journey since that first phone call under the trees as the accumulation of many opportunities. First it was discovering new stress management skills to cope with the side effects of fertility medications. Then it was mustering the courage to complete more IVF cycles when seven frozen embryos tested positive for Gaucher.

Lately it’s been acknowledging that God may have a longer-term vision for our family-to-be when COVID-19 shut down fertility clinics, delaying our plans and back-up options. Every morning, I still thank Him for allowing us to live in an age where we can create an embryo in a lab, test it for a disease, freeze it for later use, ship it across the country, and nurture it into a healthy baby.

Throughout this adventure, my mother investigated her shocking test result. With the help of Ancestry.com and the digitization of generations of birth certificates, tombstones, and census data, she discovered that her great-great-great grandparents (all through the maternal side) were likely Jewish. The confirmation still lies in a rural Pennsylvanian cemetery, but it was a spit that opened a new dimension of her identity.

Despite the hurdles along the way, I’m grateful that JScreen helped unlock this knowledge. It’s a blessing to have the tools and technology to preempt the disease and bring healthy, happy kids into the world.

The Restorative Power of Kindness