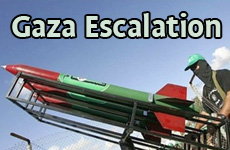 What other country would tolerate this?

A soldier, who asked to remain anonymous due to army restrictions, sent the following op-ed to me, which I now pass on to you:

In the last 24 hours, 107 rockets have fallen on southern Israel. One-hundred and seven rockets fired with intent to kill, injure, and maim. One-hundred and seven rockets aimed at the civilian populations of a sovereign nation. And being that we are not currently engaged in a full-scale operation to deal with those responsible for this violence, I will ask the obvious question; “What other country would tolerate this?”

What other sovereign nation in the world would allow such a blatant violation of its borders and its security without a full-scale response? Targeted reprisals are a start, but they fall short of the response such attacks require. Part of the reason for Israel’s measured actions is that Israel is held to a standard that no other country in the world is called upon to uphold, and Israel values the world’s opinion.

The world calls on Israel time and again to “exercise restraint” in the face of baseless attacks on its population, and to this I ask but one question: “Under what precedent?” Much smaller incursions have resulted in much larger actions by other sovereign nations. Between 1936 and 1939 the British dealt with the Arab Revolt by burning entire villages and killing 3,000 Palestinians. In the 1970’s, King Hussein responded to Palestinian riots in Jordan by massacring 2,500 Palestinians in ten days. In 1989 in Panama, four unarmed American marines took a wrong turn and ended up at a military checkpoint. They tried to flee and one was killed and one injured. Bush described this as, “an enormous outrage” and invaded Panama with 20,000 soldiers. 60 Minutes reported that up to 4,000 people were killed.

Since the beginning of 2009, approximately 2,262 rockets have been fired from Gaza at Israel, primarily at civilian centers. In the three years since the last Gaza operation, according to the IDF’s official blog, 11 people have been killed and 127 injured in rocket attacks from Gaza. In the last few weeks, the attacks from Gaza have intensified markedly. On October 23, an IDF captain was severely wounded on a routine patrol of the border. Last week an IDF soldier was moderately wounded and two others lightly wounded when they were attacked while on a routine patrol. Two days later, terrorists in Gaza opened fire at a routine IDF patrol.

Yesterday, the latest barrage of violence began at around 4 PM when a jeep from my base carrying four soldiers, two of whom I know, was hit head on by a rocket. One of those soldiers is in critical condition and may or may not recover. Today, three civilians on their way to work were injured in the Southern city of Sderot. Since yesterday, those of us tasked with the first response on the Gaza border have been confined to armored vehicles. We have slept minutes, not hours, and in those armored vehicles we have eaten, attempted to sleep, laughed, complained, sang, joked and at times, prayed.

One of our primary responsibilities as first responders is to protect the communities and kibbutzim near the border against terrorist infiltration, and rocket fire is often the precursor to a terrorist attack. As a result, when the missiles fall, first responders rush to their vehicles while civilians rush to bomb shelters. And so we watched all of last night and today, with a clear view, from an insufficiently protected vehicle as dozens of rockets flew towards Israel from Gaza.

When you watch a rocket launched in your general direction, it always appears, at least at first, to be headed directly at you. If you’re smart, you learn to stop watching. When the tzeva adom (missile warning siren) went off, we sang, yelled, prayed, insulted each other’s girlfriends; anything to prevent us from thinking too much. Inevitably, the rocket would strike and the ground would shake to varying degrees depending on how far away it was, rattling not only our vehicle but our collective sanity.

Although we did not ask for this escalation, we stand ready and willing to defend our homes and our families.

And so I write now, not as a citizen but as a soldier: I am ready. Having never been to war, I cannot possibly know what that entails. I know only that this is unacceptable. Even a daily drizzle of rockets from Gaza, which at present is a downpour, is unacceptable. Our families deserve better. Our country deserves better. To be clear, nobody wants a war, particularly not a combat soldier in a unit serving on the Gaza border. I understand the dangers, and I do not take them lightly. But at the end of the day, we chose to be combat soldiers. And although we did not ask for this escalation, we nevertheless stand ready and willing to defend our homes and our families.

We asked for peace, and our enemies responded with rockets. We asked to send our children to school without worrying that they will not return; to drive to work without fearing rockets will begin to fall during rush-hour traffic; to live our lives without the fear of rockets and of terror, and we have been answered with a resounding “No!”

Since pulling out of Gaza in 2009, our desire for peace has been met with thousands of missiles; missiles that are tantamount to a declaration of war. We did not ask for this. And we did not want this. But at a certain point, the cost of inaction becomes too high. As John Stuart Mill once wrote:

“War is an ugly thing, but not the ugliest of things. The decayed and degraded state of moral and patriotic feeling which thinks that nothing is worth war is much worse.”

This blog originally appeared in The Times of Israel.

Labels are for Shirts, Not Jews

Witnessing a Miracle: My Son the Israeli Paratrooper

Heroic Police Save 150 People Trapped in Hospital Surrounded by Fire
It Takes A Lot Of Faith To Be An Atheist
How Instagram Brought Back This Nostalgic Soup
What Makes Eli Run?
Comments
MOST POPULAR IN Israel
Our privacy policy