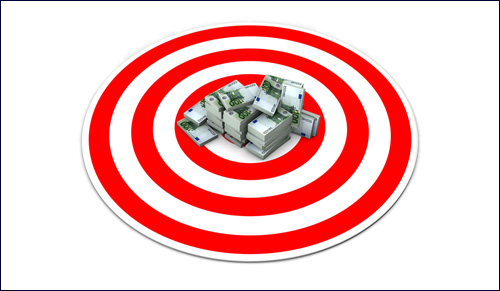 A how-not-to guide to raise money for your shul.

If you are looking for awkward moments in shul, look no further than the mid-service synagogue fundraising appeal. It typically occurs on major holidays, when audiences are large and captive, but it also can pop up whenever shul finances are suffering.

“Would the following congregants please rise and remaining standing…”

For the record, synagogue fundraising appeals are perfectly understandable because synagogues typically are non-profit organizations. (Yes, a synagogue may be non-profit but Jewish history is not non-prophet.) Synagogue fundraising is particularly sensible when one considers that dues rarely cover all operating expenses, thus requiring additional contributions to take the shul ledger from red to black.

Ideally, synagogues appeals, when occurring mid-service, should be conducted sensitively and delicately to avoid putting anyone on the spot. For example, here is absolutely the wrong way to conduct a mid-service synagogue appeal:

Shul President: We are pleased to announce that most of you are carrying your weight financially with respect to the shul.
Rabbi: Unfortunately, some of you are not and you know who you are.
Shul President: More importantly, we know who you are. So, with that said, would the following congregants please rise and remaining standing: David and Dina Cheapstein, Carl and Barbara Thriftberg, Sam and Peggy Pennypincher, Gabe and Becky Miser and Evan and Elana Schnorrer.
Rabbi: It’s punishment time! Let the throwing of the hard candies begin!

Synagogue appeals also should make sure that they are raising money for worthy causes and the shul president should avoid any appearance of impropriety. For example, it would be completely inappropriate to conduct a fundraising appeal to replenish the slush fund used to pay off the shul president's dreidel-related gambling debts or to hire in“turns” to turn the pages of the shul president's siddur during davening.

The interesting thing about synagogue appeals is that the appeals themselves are never named after a donor or sponsor, e.g, “Today’s appeal is sponsored by the Goodytwoshusky family.” Of course, few would want their name associated with a shul fundraising appeal because that would be like becoming the official sponsor of a tax audit or traffic. In contrast, nearly all other aspects of a synagogue, including prayer books, Ark curtains and Torah covers, have naming rights that are gobbled up by the highest bidders. Naming rights are so coveted that it would not shock me to find donor names on more mundane items like door knobs, fire alarms and coat hangers. It would shock me, however, to find donor names attributed to intangible items like shalom (peace) or the opposite of shalom, e.g., "Today's infighting is sponsored by Todd and Tammy Troublemaker."

While naming rights are enticing to some, there are other ways to make synagogue appeals more appealing. Instead of appealing to the congregants' collective sense of decency and generosity, shuls should try appealing to their stomachs. Of course, such an appeal can backfire:

Finally, in-service synagogue appeals often repeat themselves each year, thus becoming predictable and stale. It therefore would be wise to keep the appeals fresh and interesting. Of course, announcing a new approach can have unintended consequences:

Bottom-line: If you curb an appeal, that does not mean that you have curb appeal.