From Baptist Minister to Orthodox Jew 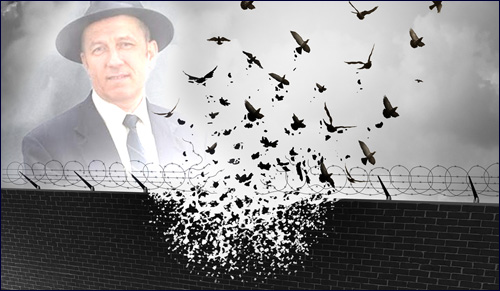 Moshe Boldor’s harrowing odyssey from hunted renegade in Communist Romania to freedom in the U.S. as an observant Jew.

Jean Boldor was an auto mechanic and driver for the Director of Mines in Romania, in 1983. He wanted to escape the Communist country where he was born and freely study the Bible. “In a Communist country, you cannot do anything you want,” he says.

The Romanian government forced citizens to celebrate Communist holidays. Boldor thirsted for more. “For whatever reason I was attached to the Old Testament,” he recalls, “and read about the people of Israel and the prophets. It fascinated me how God took the people of Israel from the land of Egypt.” 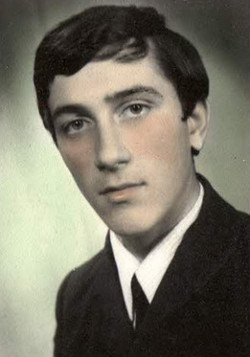 Always drawn to Biblical learning, Boldor didn’t know until much later that he had Jewish roots. His great-great-great-grandmother was Jewish. From there, the trail grows cold. The Jewish community in his native Lupeni was decimated during World War II, when Romania became a satellite of Nazi Germany and Jews lost their shops and citizenship. At the end of the war thousands of Jews fled Romania. It is estimated that by the end of the 1960s, the Romanian Jewish community numbered no more than 100,000.

Wanting to share the joy he found, Boldor began to teach the Bible to young people. “The Communists did not look kindly upon my involvement, so I was taken to the police station many times to be interrogated, handcuffed and beaten – and given time to reflect on my activity.”

I was followed everywhere because I was considered a threat to Communism.

Lay people like Boldor were arrested for asserting their religious beliefs; they weren’t allowed to have Bibles. At age 20, he applied to emigrate to the United States where he could pursue Bible studies.

“From that moment on, I was followed everywhere because I was considered a threat to Communism,” he remembers. “When you applied to leave, they thought you were a danger.”

For five years Boldor lingered in Romania with no end in sight. Life was growing more difficult, so he decided to run away but was caught on a train headed toward the Yugoslavian border.

Military police put him under 24-hour arrest in a room full of screaming people with broken arms and broken feet who received no medical attention. They told him of being beaten with AK-47 assault rifles. After paying a monetary penalty, he was freed and went home.

Then in August 1988, Boldor and a friend, Ion, tried to flee again, going by train and on foot to the border. “I prayed to God to save me. I read Psalms when I had a few minutes. We went three days without drinking any water,” he says.

Villagers saw the two men and alerted the military who surrounded them. The soldiers began to beat them.

“Usually beatings were so bad that very few survived the next week,” Boldor says, “But one sergeant saw that I had a book of Psalms and ordered the soldiers not to touch me. Once again I saw the Hand of God and I thanked Him.”

He was put in military prison for two weeks. Then a friend in Austria sent Boldor $100 through his bank, which was used to bribe an Army captain to let Boldor and Ion go free.

They began plotting their third escape.

I fasted three days and nights and cried to God to help us succeed.

Boldor’s prayers were answered. In September 1988 he and Ion took a train to the Yugoslavian border. They jumped out at a station close to the border and hid in a stand of hay. They slept by day and walked or crawled by night.

When they reached Yugoslavia they walked to Belgrade, about 500 km, 310 miles. In Belgrade they climbed atop a train to Ljubljana, the capital of Slovenia, to avoid detection by the police.

From Ljubljana they hopped a train to Germany and Austria and at last arrived at a refugee camp near Vienna, their clothes full of dust and oil. Their treacherous two-week journey was over.

“It’s hard to describe what it means to be free and alive after such a long and dangerous trip. When we got there we found out that 180 people had been killed by the Romanian border. So God once again saved my life,” says Boldor.

He kept a promise to God to study the Bible if he survived. As a refugee from a Communist country, he obtained a visa from Canada, where he learned Biblical Hebrew and earned a bachelor’s degree in religious education at a Christian college. He also became an ordained Baptist minister. 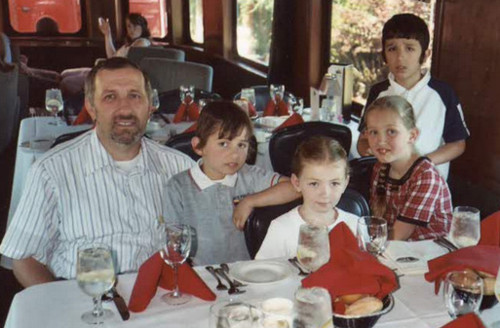 Eventually Boldor married, had four children and moved to Seattle, Washington, where he started a small business taking care of seniors. It was during his first trip to Israel in 2004 and visiting the Cave of Machpelach in Hevron where the patriarchs and matriarchs are buried that the Baptist minister had a spiritual crisis. He had always believed Abraham was buried in Shechem, as the Christian Bible stated. Now he found otherwise. He started to compare the Hebrew and Christian Bibles and saw other discrepancies. Torah won him over.

“When I went to Israel I saw the beauty of Judaism and Shabbat. It was life-changing for me. The Torah passages came alive,” he says. He followed the murmurings of his heart as a child and decided to convert to Judaism.

Back home in Seattle he resigned his pulpit, began going to synagogue and learn Torah intensely, and started keeping the laws of Torah. The conversion process took 10 years. The former Baptist minister, who changed his name to Moshe, now keeps a kosher home and prays with a minyan three times a day.

Today Boldor makes Torah the center of his life.

His marriage didn’t withstand the changes. His wife didn’t want to convert to Judaism and the couple divorced. Three of their children converted, with one of the daughters making aliyah.

Boldor, 56, studies through an online yeshiva and makes Torah the center of his life. “It is really great to be part of the Jewish nation and follow in Avraham’s footsteps.” Today he owns and manages a nursing home in Seattle. 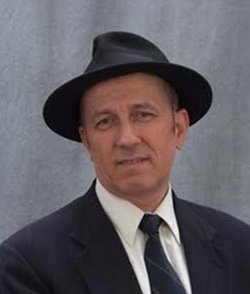 He transforms the hardships he endured to help others. “I am thankful to God because I was able to come home to Torah and Israel and I am trying to help other Jews. The time is not too late to come home and join the Jewish nation of Israel through following the Torah.

“Sometimes I cry living here in America. In Romania they handcuffed me, tortured me, put me in prison for reading and learning the Torah. Here we have freedom but sometimes it is wasted. My prayer is for God to use me to help other Jews appreciate the beauty of Torah.”