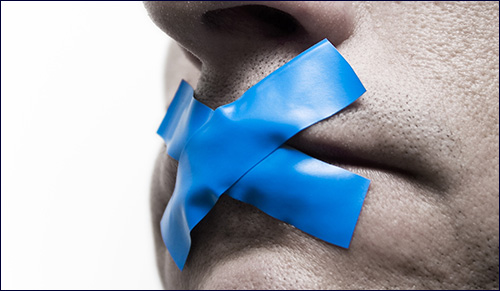 A warning to the world from the UN General Assembly podium: Don’t close your eyes to the atrocities around you.

The following speech was delivered on February 26, 2015 at the United Nations General Assembly marking the seventieth anniversary of the end of the Second World War by Israel's ambassador to the UN.

Seventy years ago, the roar of the guns fell quiet over Europe and the Second World War came to a close. Today as we mourn the human tragedy of this war, we must also recognize those who made victory possible and ensured that freedom triumphed over tyranny. We owe our freedom to the courage and sacrifices of the soldiers of the Allied armies.

I stand before you as a man who has seen and experienced war – as a soldier, a diplomat, and the father of children who themselves have been sent to war. I also speak to you today as the son of a man who fled Nazi Germany to escape the annihilation of his people.

In his novel, The Young Lions, Irwin Shaw, describes the Incomprehensible horror of World War II:

“This time it is not a simple, understandable war… This time it is an assault of the animal world upon the house of the human being… I know what I saw in Russia and Poland… a cemetery a thousand miles long and a thousand miles wide. Men, women, children, Poles, Russians, Jews, it made no difference. It could not be compared to any human action.”

Thanks to its courage and its conviction, Russia was indeed victorious. But, there was no ‘one country’ that could alone stop the monstrous Nazi killing machine.

More than 60 million people – three percent of the world’s population – were killed or murdered in the Second World War. Half of the victims were civilians. Men were forced from their farms and fields and sent to the battlefields. Women were torn from their families and sent to hard labor camps. Countless young girls and boys were denied the most basic right – the right to grow up and grow old. The scope of the human tragedy is simply unfathomable.

Mr. President, the sacrifices were immense – Russia alone lost over 25 million people. The Russian people faced the harsh forces of nature. They looked the brutal enemy in the eye. They pushed forward to conquer Berlin and halted the Nazi advancement. They fought so that peoples and nations could live in freedom.

When history and circumstance called for bravery, they answered the call. Throughout the war, every news broadcast in Russia started with the following phrase:

Meaning: The enemy will be stopped, and we shall prevail.

Thanks to its courage and its conviction, Russia was indeed victorious.

But, there was no ‘one country’ that could alone stop the monstrous Nazi killing machine. President Roosevelt’s decision to send American troops to fight for freedom changed the course of history. Fighting shoulder to shoulder with Winston Churchill’s Great Britain was a courageous decision.

Without the alliance between the United States, Great Britain, Russia, France and other countries, and the bravery of the Allied soldiers,the trajectory of civilization would have been terribly different.

On April 25, 1945, soldiers from the Soviet 58th Guards Rifle Division and the American 69th Infantry met at the Elbe River. This historic meeting of East and West signaled the end of long and bloody campaigns by the allied powers to turn back Nazi Germany’s unprecedented aggression against Europe and mankind. Two weeks later, the war in Europe was over, and six years of death and destruction finally came to an end.

Mr. President, seventy years ago, in Europe’s darkest hour, a third of the world’s Jews were killed in the Nazi Holocaust. As Elie Wiesel once said, and I quote, “not all victims were Jews but all Jews were victims.”

The magnitude of the destruction is simply unparalleled. We cannot comprehend the riches of the mind lost to us by the destruction of Einstein’s Berlin or Kafka’s Prague. The tragedy of the Shoah is a stain on the conscience of humanity, a mockery of the very concept of the civilized world, never, ever to be forgotten. The elimination of Jews from the face of Europe was not a means to further a goal – it was the goal.

In this darkest of hours Allied nations kindled the light of liberty. American and British forces bravely fought back the Germans on the Western front and in the East, the 322nd Rifle Division of the Russian army liberated the Auschwitz death camp. The steel of the Allied spirit proved to be mightier than the steel of the tanks and guns they faced. Thanks to them, the flame of liberty continues to burn brightly.

Make no mistake ladies and gentlemen – freedom is under attack throughout the world.

Mr. President, today, we are here to confirm that the responsibility for preventing atrocities rests on our shoulders. Seventy years ago, with the ashes of World War II still smoldering, the victors of the war came together to establish the UN and ensure that “Never Again” will not be a hollow promise.

Today the values at the very heart of this institution are being threatened by extremist ideologies that target our way of life. From West Africa to the Middle East, extremists group have unleashed a plague of persecution believing that by silencing individuals, they can silence civilization.

The terrorists that stormed the Charlie Hebdo office in Paris attacked liberty – the right of every person to express him or herself. The terrorist that targeted Jews in Paris and Copenhagen attacked equality – the idea that every person, no matter his faith, is equal. By aiming their attacks at innocent civilians, the terrorists also attacked brotherhood – the bonds of our shared humanity.

Make no mistake ladies and gentlemen – freedom is under attack throughout the world. A war is being waged against human dignity and human rights, and we must fight back. Standing united with courage and conviction we can turn back the tide of violent extremism and safeguard the values that we cherish.

Peace and security is also threatened by Iran, the world’s foremost sponsor of terrorism. The radical theocracy is working tirelessly to advance its nuclear capabilities, while explicitly threatening to “eradicate Israel from the face of the earth.”

But, let me be perfectly clear – what is at stake is not just the security of Israel; it is the security and stability of the entire world.

Consider what the world would look like, if Iran is allowed to proceed. A nuclear Iran will set off an arms race in the Middle East. It will provide a nuclear umbrella that would protect terrorist groups allowing them to act with increasing impunity.

This is not the world the men and women who fought victoriously 70 years ago would have hoped for.

Mr. President, World War II taught us that the costs of inaction are simply too high to bear. It’s the reason this institution exists and it is the obligation that we must live up to.

Each of us has a role to play in the struggle for human rights and human dignity. We must overcome indifference. We must know what we stand for and then stand up for something we believe in – never indulge racism; never ignore incitement; never be silent when confronted with the warning signs or war.

From this Assembly I issue a warning to the world – do not close your eyes to the atrocities around you; do not turn away from the animosity that ensues. It is your responsibility to speak out against hatred clearly and unequivocally.

Equip the next generation with words and not weapons. Arm them with ideas and not radical ideologies. Teach them tolerance and not terrorism. War is not inevitable. It is not a force of nature nor is it part of human nature. It can be prevented. But only if we stand together to denounce indifference and defend peace.

I would like to finish with a quote from General Douglas Macarthur, the Supreme Allied Commander of South-West Pacific who said – and I quote:

“It is my earnest hope – indeed the hope of all mankind – that from this solemn occasion a better world shall emerge out of the blood and carnage of the past, a world found upon faith and understanding, a world dedicated to the dignity of man and the fulfillment of his most cherished wish for freedom, tolerance and justice.”

Mr. President, the duty rests upon us. If we wish our children to live in a world built on freedom, tolerance, and justice – then we must stand united to defend those values.

Thank you very much, Mr. President.

A Muslim Speaks Out Against Radical Islam

Time to Reform UNRWA
The Blue Beyond
Great Place to Live
Is Eating Supposed To Be Spiritual?
Comments
MOST POPULAR IN Israel
Our privacy policy