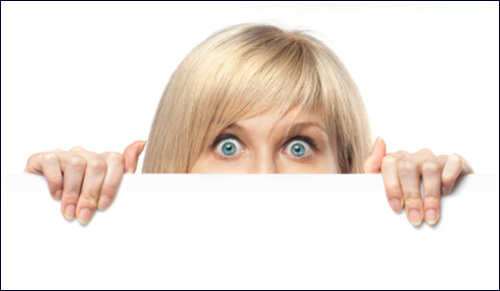 Don’t let your fear hold you back.

Danny Forster, the host of Discovery Channel’s Build It Bigger, a show about constructing enormous skyscrapers and towering bridges, is terrified of heights. On his first scouting trip as host, Forster's acrophobia almost cost him his job. He had flown with the show's producers to Glendale, Arizona to assess the show's first target: the University of Phoenix Stadium, the new $455 million dollar home of the Arizona Cardinals. The plan was to have Forster start off the show by working on the stadium's 240-foot-tall fabric-lined roof, but when they asked him to climb the ladder, he at first refused. Had they hired the wrong guy?

Forster's passion to build pushed him to start climbing. He rode hundreds of feet up in man lifts and climbed onto roofs, not because he had overcome his fear of heights but because he was willing to be afraid and build anyway. 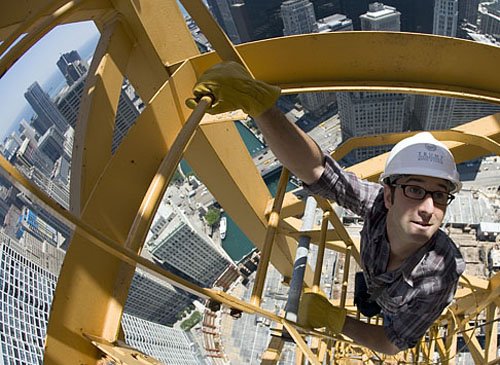 The producers then realized that Forster's fear of heights made him more human and became a selling point for the show. Danny's terror in the face of hanging off the sides of buildings emphasized the real scale of the skyscrapers, and soon every episode of Build It Bigger began with a shot of Forster's terrified face staring down a steep precipice and saying to himself: "This is not a good situation right now. Am I getting pale?"

Forster’s passion was greater than his fear. He forced himself to make up intelligent conversation and keep constructing despite his instinct to run to lower ground. And Forster was surprised when he discovered that he was even beginning to enjoy the climbing; but more importantly, he was able to stay true to what he valued in life, whether he was afraid or not.

I thought about these ideas when I struggled to confront one of my own fears. We were at a bar mitzvah when the topic of running came up, and a few of us who run regularly were comparing our running times. I had never run a race before, but I ran on my own, timing myself with a running app.

When one of the veteran marathoners overheard my average mile time, he laughed. "If you can really run that fast, you should be racing. Why don't you try?"

I didn't take him seriously. Why would I want to be in a race? But deep down I knew why: I was scared – scared to run in front of anyone else, scared to fail, scared to even begin.

That's when I decided I had to try. Registering for the race wasn't as hard as I thought it would be. And although I was nervous on the morning of the race, my real fear didn't surface until I saw the hundreds of other runners warming up near the starting line.

I pinned my number on my shirt and looked around me. Every single person looked like a 'real' runner. What if I couldn't even finish the race? I considered going home. And if I would have just taken off my number and left, would it really have mattered? But as the megaphone blared: "On your mark get set…go!" I knew that it did matter. Not because of the race but because of my fear of the race.

When I started off too fast and found myself out of breath by the second mile, I realized that I was reaching a wall. A wall of fear and limits that was inside of me. I didn't want to stay behind that wall anymore. If I could go through this one fear, no matter how small or insignificant it was, then maybe I could learn something about more important fears in my life: I could live with them.

I made it to the finish line (I actually won the race). And the veteran marathoner had been right. You never know how fast you really are until you try. You never know how high you can build if you are afraid to climb. And when you reach the top of a building that you have constructed or cross the finish line that you never imagined was possible, you will see that your fear is still there. But you have learned to work with it. To run with it. To live with it.

And without even realizing it, you have already won.

Being Curious About People

The Power of a Smile