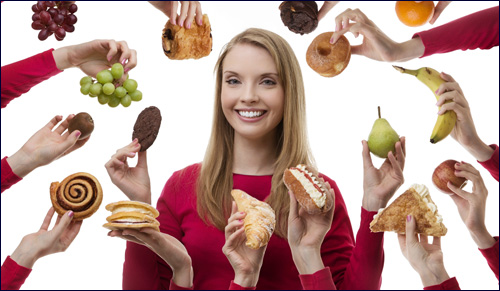 It’s hard to imagine that it was once considered undignified to talk about food. Maybe we are missing something.

Apparently there is an old Yiddish expression (that I tried to reproduce in some transliterated form here but I just couldn’t pull it off!) that, roughly translated, states “By us it was scorned upon to talk about eating.” Not talk about eating? How many magazines and blogs and websites and television shows would be put out of business? How many diners out (already somewhat on the topic) would run out of things to say? Talking about food has become de rigueur, a normal and expected part of daily conversation.

And yet it was once considered so undignified. What is it that we no longer understand?

First a clarification. I think it is definitely okay to talk about recipes (am I rationalizing my own behavior?). If we tasted something we want to replicate, if a friend or family member made a delicious dish that we want to create in our homes, it is a kindness to share the recipe. It will enhance the joy of my Shabbos table or holiday meal or even weekday dinner. I want to provide my family with attractive, tasty, healthy meals and if I can enlist the help of friends, blogs and cooking magazines to do that, then I think it is a worthwhile endeavor. I am doing a kindness.

With the coarsening of society – and the proliferation of Food TV and Iron Chef and Hell’s Kitchen and … - we don’t think anything of talking about food, of making food the centerpiece of the conversation, of giving intense focus to what we eat. But the Yiddishisms of the past have something to teach us. There was a time where people understood where our body drives belonged – and where they didn’t.

It’s hard to put certain genies back in the bottle. But we can certainly temper our participation in those conversations and that focus. We can try to maintain modesty about our eating and a dignity about our attitude. We won’t change the world’s perception but we can change our own; we can elevate ourselves once again to souls instead of bodies.