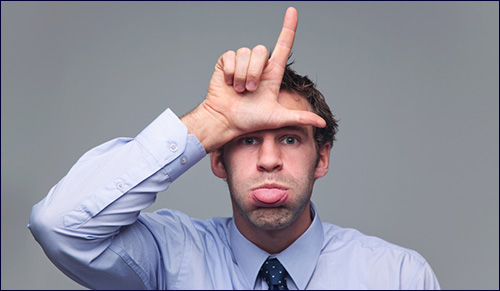 Jews may be more forgetful than other people. After all, we lost ten of the twelve tribes, and the holy Ark.

I have good and bad news today: the bad news is that I misplaced my checkbook – again. After frittering away a half-hour I finally found it, but only after kicking up a blizzard of paperwork from previously neatly stacked piles in the kitchen, my office and my bedroom. Searching for my checkbook, my self-esteem plunged to dangerously low levels as I berated myself for being such a chronic loser.

In desperation, I opened the drawer where we keep the dog’s leash and treats. Don’t ask me how the checkbook got there. Maybe the dog meant to write a check to People for the Ethical Treatment of Animals.

According to experts, my memory lapses about where I left my purse, tax return, or phone are the fault of stress, fatigue, multitasking, attention-deficit hyperactivity disorder, or my aging noodle. In a survey of 3,000 people in Britain, most respondents admitted that they regularly drove themselves nuts and often showed up late to work while hunting for car keys or their lunch. The survey also said that the average person misplaces up to nine items a day. I feel sorry for that average person. What a shlamazal. I only lose about four things a day. I am far above average.

The worst thing to misplace is eyeglasses, because how the heck can you find them if you can’t see where you’re going? It’s like looking around the house in Braille. One solution would be eye surgery, but who can afford that? A less expensive fix would be to wear your glasses on a chain around your neck. That look may have gone out about fifty years ago, but it’s better than walking around blind.

Fortunately, there is no shortage of experts with advice for the lost among us. A psychologist at Princeton University says we should pay attention when we place something down. This will help us encode the memory of where we put things in the hippocampus. Did it take an Ivy League professor to come up with an idea so novel and brilliant as pay attention? The “hippo” part of hippocampus must mean it’s a very large part of the brain, so it should have ample space to register where we left that bar mitzvah invitation, whose RSVP deadline was last week. But once we find it, we also have to find the postage stamps, which we hardly use anymore. Maybe instead of taking so many “selfies,” we ought to go around taking pictures of where we dump our stuff and upload them to Instagram.

Another idea is to retrace our steps, but this only works if you were not already starving for lunch when you parked the car or walked into the house. Who can remember anything when you are totally consumed with eating? That’s a good reminder never to let yourself get too hungry. If you do, you’ll just lose more things. Why is weight the only thing we can never seem to lose?

Jews may be more forgetful than other people. After all, we lost ten of the twelve tribes, and we lost the Ark, which even Harrison Ford could not get his hands on. But fortunately, our most important things are really big so we can’t lose them as easily. A Torah scroll is usually big, and where would we be without our Torah? Totally, irretrievably lost! Volumes of Talmud are huge; try losing a tractate of Bava Kama in a regular-sized house or apartment!

One thing we Jews cannot lose is guilt.

The most embarrassing thing I ever lost was a ten-pound brisket. You may ask, how could anyone be so dumb as to lose a brisket? Look, this wasn’t really my fault either, because here in Los Angeles we have to bring our own reusable bags to the grocery store. I have a hodge-podge of big plastic bags for this purpose, and on this trip, I bought so much stuff that I hardly noticed they bagged my brisket in a Home Depot sack the size of Rhode Island. By the time I schlepped everything else into the house and saw the Home Depot bag still in the car, I figured my husband had a drill to return to the store. I went crazy looking for that meat, and thought the bagger forgot to put it in my cart. Two days later, I got in the car to drive back to the store to discuss it with the manager, but by then the brisket made its whereabouts clear. If you think the smell was sick you can just imagine how I felt at having wasted that much money. This brings me to another Big Jewish Thing we usually cannot lose: Guilt. Good luck losing that. I’ll go to the end of my days smacking my chest over the lost brisket.

In our family we have made progress in keeping track of our things. We now leave all sets of house and car keys in a candy bowl on the entry hall table. I always stop at the bowl, hoping someone might leave candy in it.

If you need more solutions for how not to lose so many things, including your mind, I recommend looking up Michael Solomon. He is a “findologist” whose book, How to Find Lost Objects, invokes strategies of Sherlock Holmes. Solomon is a trained magician, so he can easily pull a vanished book out of a hat, but he also has helpful hints for the non-magicians among us whose personal possessions slink away right under our noses. Here are a few of them:

Don’t look for it yet – Wait till you have some idea of where to look. Hmmm. This could work for some things, but not your six-year-old at the park.

Look once, but thoroughly. Don’t just make a bigger mess of your piles of paper, where you can easily miss the object of your desire. I will reluctantly try this, but it will require breaking decades of very bad habits.

It wasn’t you. – This is my favorite tip, because it means someone else misappropriated my earrings, jacket or car, and didn’t tell me. See? Things are never my fault.

Sometimes you can only win by letting go, as a good friend of mine once said. A long time ago, my favorite pendant went missing. I searched frantically for it in every logical place, on and off for months. Eventually I gave it up for lost. Three years later, it magically appeared at the bottom of a sock drawer. I have no idea how it landed there, but I was so relieved by this minor miracle that I have been far more careful, and have never mislaid it again.

That experience taught me never to give up hope of finding a lost object. And hope is something you can always pull out of a hat! 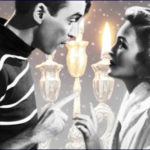 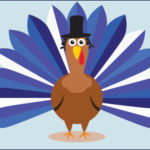 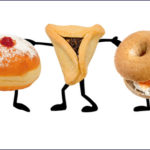