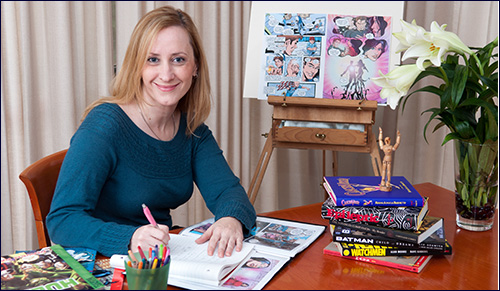 “Yaakov didn’t lose his fight to cancer. Even after death, his fight continues and he continues to bring life and hope.”

This is the attitude of Yaakov’s widow, Shira Frimer. In the 15 years since her husband’s death, she has been a fighter against cancer. Her efforts brightened the lives of thousands of children and there is no sign of her slowing down. Her children, faith, love, and her late husband are her inspiration. 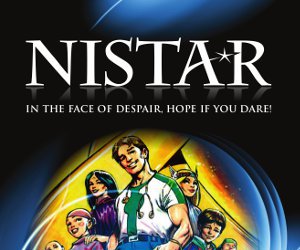 In 1994, Yaakov Frimer was a 19 year old soldier in the Israel Defense Forces. Charismatic, with a bright future ahead, he asked Shira, also 19 at the time, to marry him. Later that year, he was diagnosed with Ewing’s Sarcoma – a rare form of pediatric cancer that grows inside of the patient’s bones.

Despite the disease, the couple wed in 1995 and in the ensuing five years, Yaakov went into remission twice, and sadly, relapsed twice. During the healthy times, they had their wedding and started a family with the birth of twin boys in 1996.

While fighting the disease, the couple eventually decided to move to Shira’s hometown of Cleveland, Ohio. It was there that Yaakov went through the end of his treatment and passed away in 1999 at the age of 24.

As difficult as it was, Shira needed to focus on raising the boys. The time constraints and the pressures of a single mother left time for little else. But she always had a bug inside of her. She wanted to fight cancer and help young cancer patients.

Since Yaakov had a rare form of a pediatric cancer, he was treated in a pediatric ward where the most qualified doctors for these forms of cancer work. “Yaakov was a big brother to a lot of the kids,” Shira told Aish.com. “He was an adult in a pediatric ward. He was very charismatic and he brought humor and light to a situation that was quite dreadful. He took on the responsibility of bringing optimism to the children.”

For that reason, Shira was inspired to write a book specifically for children battling cancer. Her efforts culminated in the publication of her creative graphic novel, Nistar.

The hero in Nistar, JJ, is based on Yaakov’s personality. The character is a doctor who overcame Ewing’s sarcoma, a childhood cancer.

The book is an inspiring graphic novel, crafted in comic book style to appeal to young readers. The idea of creating a graphic novel came to Shira a couple of years after Yaakov’s passing. She became an avid reader of serious comic books such as “Sandman” by Neil Gaiman and “It Was a Dark and Silly Night” by Art Spiegelman, and enlisted the artistic help of Josef Rubinstein, who has had a successful career illustrating for Marvel and DC Comics. Using this medium, Shira explored a deep and serious subject matter in a way that is appealing and comprehensible for children.

In the novel, a boy named Ben is diagnosed with cancer. A doctor, JJ, begins to tell him and the other children in the cancer ward a story about a superhero defeating evil demons, which Shira wrote drawing on the Kabbalstic story of the Zohar stone which, according to Jewish lore, is a prism that contains primordial light and has been passed down through generations since the creation of the world.

JJ tells Ben the story over the course of several days. Between JJ’s story telling sessions, he battles his own demons – the bad guys he is fighting are representative of the cancer he survived, which still comes back to haunt him at times.

We want to encourage children to keep on moving and to never give up.

Near the end of the book, JJ nearly accepts defeat – he almost accepts that Ben is going to die and that he cannot be saved. Shira says she purposefully included this in the story because the effort to help cancer patients must be careful to not give false hope. At that point in the book, while JJ is in despair over what he believes is the end of Ben’s life, he is encouraged by a character that plays the role of a guiding angel. She says to JJ: “Your magic tricks, your stories and your steadfast optimism…you have already accomplished much more with these children than you seem to realize.”

Shira wanted to convey that optimistic message to the children and the families of the children who may succumb to the disease. Shira explains: “There is a thin line between hope and false hope. On the one hand, we want to encourage children to use fantasy and creativity, to keep on moving, and to never give up. On the other hand, there is a point in time that acceptance is more important than hope. Continuing to hope becomes detrimental, and if you don’t accept death, the person ends up dying alone.”

She calls the approach “optimistic but realistic.” That’s the reason JJ almost accepts defeat. However, Shira says, “I couldn’t give the book a bad ending. Plus 80% of children today survive cancer which is a very positive statistic.” Therefore Shira believes the prioritization of acceptance over hope only applies to a minority of child patients.

Hope If You Dare

In addition to JJ’s background as Yaakov, the book is filled with insights, symbols, and stories that inspired Shira along the way. JJ’s heroic catchphrase in the book is “hope if you dare.” Shira began to take that dare a number of times – both during Yaakov’s treatment and after his passing.

The very first page of the book tells of a kabalistic parable of 36 righteous men “whose very existence prevents the world from collapsing into total darkness.” The concept in Kabballah is known as Tzadikim Nistarim. The concept was one that helped Shira get back up after Yaakov’s passing.

Shira enrolled in a weekly class at Siegel College of Jewish Studies in Cleveland, Ohio. She says that she was not ready for a full university degree at the time, so she just enrolled in a weekly class, which she would always look forward to. “It started as my entrance back in to studying,” Shira told Aish.com, “but it turned in to my entrance back to life.” Shira went on to expand her studies there and left with a BA in Jewish Studies.

”My goal is to give children hope and empower them.”

Her Jewish studies became her second inspiration to continue Yaakov’s fight against cancer. Shira cites one specific Jewish idea: “The concept of shattering vessels helped me get back up.” The idea is that shattered things can be put back together. Shira reflects: “When things break – and things do break – we have a chance to piece it back together. Not necessarily to recreate it the way it was before, but to create a new reality. Something that is original or different. I didn’t get back what I had before but I was able to create something different that allowed me to help other people and move forward.”

The book cannot bring Yaakov back but it is something new that Shira built from the pieces of her shattered past.

It was published and released in 2013. Shortly thereafter, Shira raised $25,000 to distribute 5000 copies of the book to children in oncology wards all over the United States. Her next project is to translate the book into Hebrew, and eventually other languages. Shira has already received interested enquiries from people in Kenya, Australia, New Zealand, Uruguay, and Brazil.

The book has won praise from professionals, including those who work with the target audience. “Discussing cancer with children is very difficult,” Prof. David Sidransky, an oncology specialist at Johns Hopkins University and Hospital explained. “This graphic novel is an innovative and exciting tool to help build hope for families affected.”

Shira has returned to Israel and she is busy running her clinic where she serves as an arts therapist for children with all diseases and disabilities. “Writing the comic book was empowering. It gave me the opportunity to express overwhelming emotions, to be angry – and to fight death. My goal is to give children hope and empower them.” 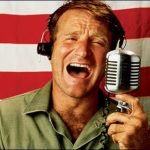 "The Da Vinci Code" and the Jews6 min read 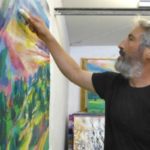