Fighting BDS in the Name of Human Rights 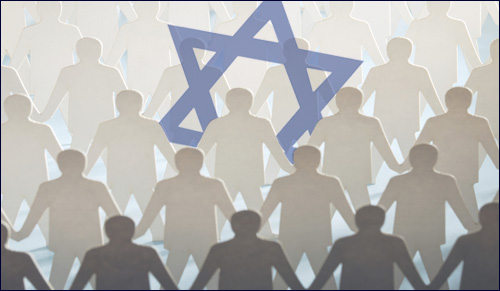 BDS is the latest incarnation of the denial to Jews as a distinctive faith and people the right to govern themselves in the land of their beginnings.

There is a growing and widespread concern among Jews in Israel and outside, and among friends of Israel everywhere, at the increasing threat posed by the BDS movement. At three conferences in the past few days – in Las Vegas convened by Sheldon Adelson and Haim Saban, at The Jerusalem Post Conference in New York, and at the Interdisciplinary Center Herzliya at which I spoke – discussion about the BDS movement and how to tackle it has continued apace.

Our fight against this movement will not be easy, nor won overnight or without cooperation, determination and support. But it is a fight we can and must win, not just for the survival of Israel or the safety of the Jewish people, but for the world.

But to understand how to win this fight, it is necessary to stand back and see the wider phenomenon of which it is a part.

Universities in particular should be vigilant in ensuring freedom of speech, which means listening respectfully to views contrary to one’s own. A fundamental precondition of justice is Audi alteram partem: Hear the other side. Otherwise universities are in danger of becoming what Julien Benda described in The Treason of the Intellectuals, environments for “the intellectual organization of political hatreds.”

However, the larger phenomenon which forms the backdrop for the BDS movement has become ever clearer in the course of the 21st century. It is the latest incarnation of the denial to Jews as a distinctive faith and people the right to be: the right to govern themselves in the land of their beginnings.

Anti-Semitism is not a static phenomenon.

It is a virus that mutates, thereby defeating the immune system of free societies. During the Middle Ages, Jews were hated for their religion. In the 19th and early 20th centuries, they were hated for their race. Today they are hated for their nation state. For a thousand years they were the most conspicuous non-Christian presence in a Christian Europe. Today the State of Israel is the most obvious non-Islamic state in a largely Muslim Middle East. Anti-Semitism is not simply about Jews. It is an offense against the fundamental dignity of difference.

Contrary to popular presupposition, it is not easy to justify hatred in public discourse. That is why anti-Semites have always sought validation from the highest source of authority within a given culture.

In the Middle Ages, that was religion.

In the 19th century, it was science, in the form of the so-called scientific study of race, and Social Darwinism, the belief that society operates like biology, in which the stronger survive by eliminating the weaker.

Ever since the end of the Second World War the highest source of authority has been human rights.

That is why, during the parallel sessions of NGOs that accompanied the notorious United Nations Conference Against Racism in Durban just days before 9/11, Israel was accused of the five cardinal sins against human rights: racism, apartheid, crimes against humanity, ethnic cleansing and attempted genocide. Today any assault against Jews must be couched in the language of human rights.

Israel remains the one genuine democracy in the Middle East, with a free press and independent judiciary, the one place where religious minorities can safely live their faith.

The first sign of this is that among young Jews Israel – which was once the great unifying factor amongst Jews worldwide – has become, in at least some circles, a divisive one.

The second is the attempt to make public opinion in European societies so hostile to Israel that, eventually, some Jews may feel forced to make a choice, between supporting Israel on the one hand and living in Europe on the other – a point made forcibly some years ago by the French-Jewish intellectual Alain Finkielkraut. This must be resisted unequivocally, as many Jews are doing, in the name of human rights themselves. Israel remains the one genuine democracy in the Middle East, with a free press and independent judiciary, the one place where religious minorities can safely live their faith.

The ultimate aim, of course, is to leave Israel so isolated in the international arena that its enemies can seek its destruction, God forbid, without fear of significant reprisals other than from Israel itself.

The rebirth, in this mutated form, of anti-Semitism within living memory of the Holocaust should be chilling for anyone with a genuine sense of humanity. An assault on Jews or the Jewish state is never an assault on them alone.

It is an assault on religious freedom itself. Today, when Christians are being persecuted and Muslims murdered by the forces of radical political Islam, all who care for human rights, particularly European governments and their Jewish communities, must stand together with the Israeli government in their defense, refusing to allow the cause to be hijacked by those whose ultimate agenda is neither freedom nor democracy but something altogether older, darker and very dangerous indeed.