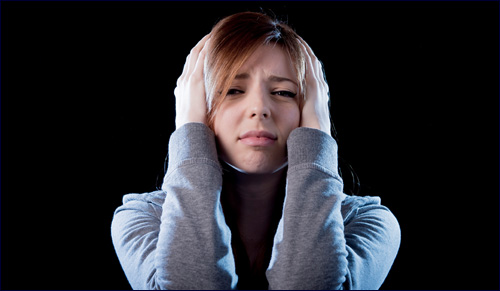 My parents keep Shabbat, but I’m just not really feeling it.

A few years ago my parents started becoming more religious and observing Shabbat. I'm 16, their eldest child, and by and large I went with their lead. At first Shabbat was really great – I enjoyed all the family time together, the food, and my parents made it fun. But a lot of that has worn off and I'm not into it as much as I used to be. I don't want hurt my parents and I'm not saying I want to stop keeping Shabbos. But I want to do it because it’s my choice, not forced on me, and because I'm inspired by it, which right now I'm just not really feeling it. Any advice?

I’m impressed with you. Do you know why? Because you’re thinking. That’s impressive. You’re not just going along with the “crowd” and doing whatever “everyone else” is doing (in this case, your parents). You’re actually thinking, and deciding what moves you.

Your question, as funny as this sounds, reminds me of the quandary and dilemma teenagers like you face when they, also, want to be different from their parents, and become more observant than their parents are.

Both questions, both sides of the same dilemma, represent a thinking teenager, which is key and which will serve you well in life, physically, morally, spiritually, fiscally, ecumenically – in basically everything!

All in all, Pascal’s Wager points to: live a godly life, because it’s your best bet, and the best bet for society.

I like the fact that you’re thinking. So let’s think through this.

Being coerced into religious thought or action is not pleasant. However, Judaic religious thought and action in and of itself is actually usually quite pleasant. True, we would rather sleep in on Saturday mornings (or every morning) instead of going to the synagogue and praying, BUT if you really really are honest with yourself, you have to admit that getting up and praying actually FEELS better than sleeping in and being lazy. Do you agree? I know it’s awful to have someone forcing you to get up and go to the synagogue, but actually being awake and alert and full of alacrity to get up and go see people and connect with a Higher Power actually feels pretty good. Tell me if you disagree…

I think the problem here might be that you feel obligated to do these things just because your parents are doing them. I’m challenging you to think about the actual actions you’d be doing as an observant person, and to decide whether those actions are noble ones (that you’d like to adopt into your life), or ignoble ones (that you would choose not to follow). I know it seems more fun to go out with your friends to the movies on Friday night, but – honestly – wouldn’t it feel right to do something spiritual on Friday night, and go to the movies Saturday night instead?

I like to use the analogy of spin class. Actually spinning on the bike feels great. But thinking about going to the class when you’re cozily snuggled in your warm bed doesn’t sound like an appealing option. But after you’ve actually done an entire class you feel fabulous.

Hmmm…what other observant actions can we consider? Let’s mull over giving charity. Sure, it feels nice to have $100 in the bank. But – honestly – does it not feel really good to have $90 in the bank, and to give $10 to someone less fortunate than you?

Chesed – acts of loving kindness – that’s a big piece of a Jewishly observant life. It doesn’t even cost you anything to smile at someone, give a kind word, hold the door for the person behind you…I think that’s an obvious one that makes you feel great and only adds to the good in your life, doesn’t detract…again, tell me if you think I’m mistaken….

Dressing in a classy way instead of a more lowly manner – i.e. dressing in a refined manner. I know it certainly wouldn’t be pleasant to have people forcing you to dress a certain way, but, on the other hand, dressing in a way that shows yourself and others that you respect yourself and your body can only make you feel more elegant, more uplifted, more proud of yourself as an important being in the world. Am I wrong?

I will also say that if you have a strained relationship with your parents, and they don’t “get” you, or if your parents are really awful to be around, in one way or another (or in many ways), then spending family time together will not sound like a good option to you. Also, if they’re not completely healthy people, and they’re just using religion as a tool to control you, that would also make you resist their religious ways.

If any of those scenarios are true for your life, then I challenge you to think through your own religious identity and behavior, separate from your relationship with your parents. It could be that religion, an audience with God, a closeness to God, a friendship with God, could help you through the difficult interactions with your parents.

This question, to be fully effective, can’t really be answered in an article. It could be answered in an entire book, or it could be answered in a personalized, face-to-face discussion. At the very least, it could be answered in an email exchange, with a lot of back and forth discussion. There are so many reasons why you might not want to just follow whatever your parents are doing, there are so many reasons why you might resent your parents’ forcing you to do anything in life – but I’m happy that you’re thinking, considering, weighing your options. Many, many teenagers opt out of the thinking stage, and instead move into group conformity (just doing what their friends do) or rebellion (just doing whatever their parents don’t want them to do), or numbing themselves (with drugs, alcohol, virtual reality games, the opposite sex).

I will tell you this: in order to honestly experiment with your own religious feelings, it has to be done with joy, and with a sense of tremendous gratitude to the One who has given you all your gifts, not because you’re forced.

I remember teaching Hebrew School. Those kids did not want to be there. The last place they wanted to be after school was in Hebrew School. I realized really fast that the way to reach them was to infuse the time there with joy and happiness and meaning. To help them think, “What do I really want from my life, and how can I go about finding it?” And then exploring together whether God and Torah had some good answers to those deep questions of thinking teens.

I certainly don’t mean to tell you not to keep Shabbat with your family; you can keep Shabbat with them as a gesture of respect, and that would be a mitzvah, too. All I am saying is: in order for you to “really feel it,” you have to find your own way to the mitzvot through joy, through a sense of the meaning the mitzvot bring to your life, and through a recognition of how much gratitude you have to God for everything He’s given you.

Q&A for Teens: Not Enough Money

Should I Turn Off My Phone?

Q&A for Teens: The Only Observant Jew

Q&A for Teens: Disconnected Jew
The Grand Mufti of Jerusalem and the Holocaust
The Connection between Israel and the Jewish People
Grit and Torah
Comments
MOST POPULAR IN Q&A for Teens
Our privacy policy