Faulty Dating Beliefs that Can Lead to Divorce 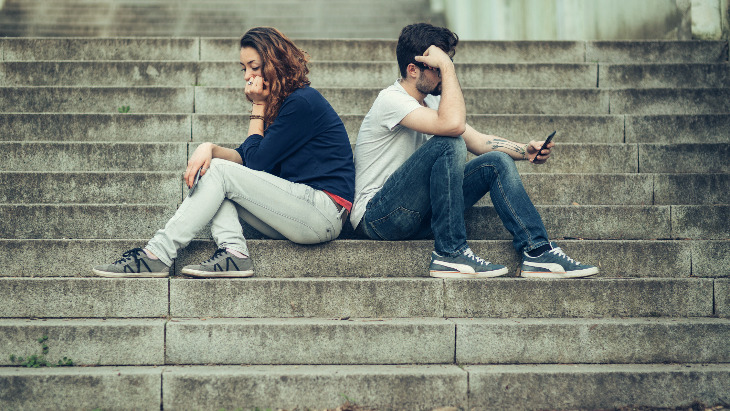 Look out for these common mistakes to prevent broken engagements, heartbreak and divorce. Part 2 in a 3-part series.

No one gets married thinking they are going to get divorced. Almost all relationships start off feeling good and right. Yet so many of them fail and end up in heartbreak. How do you prevent that?

In the first article of this series I discussed the importance of putting certain boundaries in place to ensure objectivity in dating. The heart has blind spots. Sometimes we don’t see who we’re with until it’s too late. Here are some dangerous yet common belief systems that if go unchecked can lead to disastrous results.

Is the way the relationship is right now the way you want to feel for the rest of your life?

The beginning of the relationship is usually the most fun, easy and romantic. You need that foundation to carry you later when things get harder and there are more distractions and responsibilities. If you’re dating someone and it’s often upsetting, frustrating, or difficult, you’re setting yourself up for failure. Don’t hold on to the “if only… then” formula (if only he did or had X, then he would see how good I am for him, or if only I did X then I could make her happy).

If you don’t feel the way you want to feel now, good chance you won’t later.

If you don’t feel the way you want to feel now, good chance you won’t later. You have to go by how the relationship is now.

Don’t assume that because you’re willing to work on yourself, your partner is too.

It takes a certain humility and openness to work on yourself and problems that come up, and not everyone has it. Some people would continue to suffer through something, or keep distracting themselves from it, rather than make their life better by recognizing it and working on it. So if you want a relationship that can grow and improve, and you’re willing to do what it takes to get there, make sure your partner is too.

Look for examples that demonstrate that openness now, in order to know that they will be willing to grow later. Your partner’s present actions are always the best indicator.

Know the difference between working on yourself and needing to be a different person.

Be careful if a person has complaints regarding you and your reaction is, “I’ll work on it”, or you have things that are hard for you to accept about your partner but you expect him or her to work on it. You will marry a flawed person, but it’s important to see that you can put up with those flaws rather than expect them to change. Make sure that what you think means “working on yourself” doesn’t mean “become a different person” for your partner. That’s a recipe for disaster.

And be careful with the things you say you can put up with. Because after you get married, even when it’s to the right person, you will be presented with many things for you to work on, and things you will have to put up with in the other person. It’s impossible to see all those things beforehand. So any list you have of those things going into a marriage should be pretty short and not too complicated.

You can’t love someone to health.

You sense someone is wounded. You see their potential and believe in them. You know with love and acceptance they will flourish. Sometimes it might even be true, but you don’t want to be that person.

Women to men: If you become that person, you will develop a bond… but he won’t want to marry you. He will appreciate your care and attention, want to have you in his life, but he won’t feel a romantic attraction to you. A man only feels a romantic connection with someone he feels good about himself around. If he needs you, he can’t feel good around you. Instead you become his mother figure and create a parent-child dynamic with him.

Men to women: She will enjoy the stability you provide for her but if she doesn’t do the hard, consistent work of changing on her own, she may thrive on drama. The love and care you give her may not be reciprocated and you will always be at the whim of her moods.

You will have much more success with a peer, someone who will be your partner and you can grow with, a relationship where you can both help and be there for each other.

For the relationship to become a happy, healthy, lasting marriage, it’s important to tune in to the dynamic between the two of you to see if it’s healthy enough to go the distance.

Liz Wallenstein, LMHC, is a licensed therapist available online. This is from her YouTube series, “Solving Jewish Singleness: Real-Life Advice from the Therapist Who ‘Gets It!’” Learn more at LizWallensteinTherapy.com/singles-therapy

Did I Miss My Chance at Love?

Red Flags in a Relationship

50 Things to Know about Being a Matchmaker

Does Love Conquer All?
Lokshen Noodle Kugel Recipe
G-d Time
Shavuot is The Holiday of Cheesecake and Blintzes
Comments