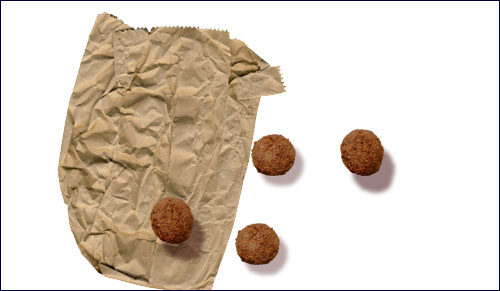 They say what doesn’t kill you makes you stronger. Does that count for sandwiches?

This is the story of the two falafel balls in Haifa that didn’t kill me but changed the way I see the world.

I was on a student trip to Israel, a two-week whirlwind of activities religious and secular, run by one of those organizations hoping to connect Jewish people with their heritage. A week in, I was not connecting. A Shabbos in Tsfat with mystically minded Chassidim was an interesting anthropological experience, a visit to the Western Wall impressed me with the size of the stone blocks, the land was often beautiful, but then, so was much of America.

Each night, I and my steady hotel roommates – a round-faced kid from Massapequa, Long Island, and a cynical Russian with mirthful eyes – would discuss what we’d seen or learned that day. Massapequa took everything to heart (“How cool is it that 39 missiles hit Israel in the Gulf War and that’s the same amount of lashes a person gets when he’s punished?”). The Russian believed in nothing (“The sea parting was a just nice strong wind, like we get off the Volga”). I remained removed, and unmoved.

On the way to visit a military base near the Lebanon border, we stopped in Haifa and were told to be back on the bus in half an hour. I bought a falafel sandwich from a sidewalk vendor, and brushed a fellow student as I turned back to the bus. Two falafel balls fell out of my pita. Instantly I sized up the situation – only three falafel balls left, meaning 40% of the main part of the meal was gone. Having gone through a bunch of times in college and backpacking making food stretch till who knows when, I seriously considered picking them up before the five-second rule kicked in. But it was a sidewalk, after all, not a kitchen floor, and people were watching, and I didn’t want to be known for the rest of the trip as that guy who ate falafel balls off the ground. So I gave them one doleful look, then turned and walked to the bus, eating the food in hand.

That night, I had the worst stomach pains of my life. These were soon accompanied by several horrible, and decidedly more visible, symptoms that I won’t describe, out of discretion and because reliving them is still traumatic. My roommates at the cut-rate hotel we stayed in that night turned philosophical in the face of my suffering. Massapequa recalled a lecture we’d heard earlier, about something called hashgachah pratis, divine providence, the idea that everything happens for a reason. “Maybe you got sick because some day you’re going to meet a man who’s even sicker and you can sympathize,” he suggested helpfully.

“Or you’ve done something really bad,” offered the Russian, “and you’re being punished.”

Neither possibility did much for me. I was too busy wondering how long I could remain on that one spot on the floor when the room was spinning so fast. At midnight, the guys woke up our tour leader, who groggily asked what was the last thing I ate. I must have croaked out an answer, because he laughed and said, “Falafel in Haifa? You never eat falafel in Haifa! You got food poisoning, buddy.” Then he went back to bed, and I passed out.

On the bus south the next day (I assume the guys carried me onto the bus, I don’t remember), I wasn’t feeling any better and felt another round of symptoms coming on. I dragged myself up to the driver (obviously a former IDF pilot in light of his attempts to keep the bus airborne as it careened along the road), and told him we needed to make a bathroom stop. No, he said. I tried arguing, then pleading. He pointed up ahead. “You see that town? That’s Qalqilya, that’s where the PLO gets most of its recruits. We do not stop.”

“But I had falafel in Haifa.”

He looked at me, looked at the road, and pulled over.

Sometime later (after Massapequa ate the box lunch I couldn’t touch and the Russian asked off-handedly if I was going to die), we landed in Arad, a desert town that was Israel’s first planned city. A walking tour under the hot sun did not improve my condition, and as the rest of my group and a large party of snapshot-taking Japanese tourists listened to a speech by the mayor in the town gymnasium, I was busy in the bathroom just off the bleachers. When I felt up to it, I came out to rejoin my group and found a hundred people looking at me, including the mayor. Evidently, I wasn’t as quiet as I might have hoped.

“I had falafel in Haifa,” I explained – and it seemed like everyone there nodded in understanding. I sat down, and the speech resumed. Was I the only person in the world who didn’t know not to eat falafel in Haifa?

My memory of the rest of the trip is not clear. The symptoms slowly subsided, but now I was suffering from severe dehydration. On the plane home, Massapequa kindly encouraged me to drink while the Russian wanted to know if in my worst moments I’d seen a bright light and a robed man. I thought about that – not the bright light and the robed man – but about dying.

I realized if I’d eaten those two fallen falafel balls back on the sidewalk in Haifa, I’d probably be dead now. What seemed like a stroke of bad luck at the time was in fact a stroke of good luck. Since we were talking about my life, though, it was hard to ascribe my continued existence to something called “luck.” The fall of the falafel balls was a blow at the time, a minor mishap in retrospect, but now it loomed large as the Reason I Was Alive. For the first time, I thought it was possible to see life as an interconnected web of incidents and causation, and the world as a place where things happened for a reason. Hashgachah pratis.

So, perhaps the trip was a success after all. Judaism argues that the universe is not a random place, that things do indeed happen for a reason, and that given this we have certain responsibilities. This wasn’t some philosophical argument – this was something that actually happened to me! Such a thing had never occurred to me before, and I was fascinated by what it might entail.

But don’t ask me if it was worth eating falafel in Haifa.

Keep on Singing
The Blue Beyond
Great Place to Live
Is Eating Supposed To Be Spiritual?
Comments
MOST POPULAR IN Spirituality
Our privacy policy