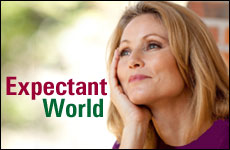 Our most significant achievements are formed somewhere deeply hidden.

When I was pregnant with my oldest, I walked around with a hyper-awareness of my expectant state. I made sure to get plenty of fluids and plenty of rest; I would glare at anyone who dared to smoke near where I was walking; and once a week, I would relax on our recliner and read What to Expect When You're Expecting. In fact, I looked just like the woman on the cover of that book: calm, beaming, hand on belly as she luxuriates in the life growing within her.

But that was then. More than 11 years later, I am, thank God, again expecting, and the time for luxuriating is but a distant memory. Plenty of rest? Sure, if you count nodding off on the bus home from work, while I type on my computer, and as I lie down with the kids at bedtime. Reading What to Expect? Been there, done that. I'm working now on What to Expect from Your Preteen (chapters including: But Everyone Else's Mother Lets Him! and, My Bedtime is REALLY Supposed to be Ten O'Clock!).

Like most other mothers I know, I spend my days rushing from school bus to work to home to laundry, dinner, bath, bed and more work. For much of the past eight months, I could go hours without even remembering that I was pregnant. The activity of the here and now is, somehow, always more pressing than the silent little activity going on within.

But due to a recent casual remark by a friend, I've come to realize that that very silence is the wonderful thing about pregnancy. Within the past few months, I've been at two professional conferences, in the two different professions in which I work part time. Both of them left me feeling vaguely inadequate. Many of these other women seemed to be so much more knowledgeable, so much more ambitious, so much more accomplished than I. Was I spreading myself too thin? I wondered. Probably.

Was I really accomplishing anything?

But, thank God, I'm very happy with my life. There is really nothing that I'm willing to give up. (Okay, not true; anyone who wants to take my housework is more than welcome to it.) Still, I couldn't shake the feeling that these women were being so productive in life, while I… was I really accomplishing anything?

"Unproductive?!" exclaimed my friend when I expressed this to her. "What are you talking about? You're pregnant! You could be lying on the couch the entire day, and still be productive!"

That's when it hit me. How many times do I run from one task to the next because I feel like there is something manifestly productive in the act of running itself? Look at me! I'm so busy that I have no time to walk slowly! Sometimes, in our society, it seems like this race is the ultimate sign of productivity. I'm so busy that one cell phone isn't enough for me; I need two! I'm so busy that I can't possibly sit and have a conversation just with you; busy people like me also need to respond to their text messages and check their emails! Is that what it means to be productive?

As I near the end of my pregnancy, I am forced to slow down. The other day, as I was walking home, an elderly man with a cane stopped to ask me directions – and then zipped right past me. Pssss went my deflated ego.

No, I cannot pretend to be busy simply by virtue of my frenetic bustling. But am I being productive? Absolutely. As a pregnant woman, I am inherently productive. Just by passively living, breathing, being, I am helping to sustain a new life within. What a powerful statement of the innate ability of a human to accomplish. In my productivity, in fact, I am mimicking God Himself.

In one of the most famous of the Kinot, the lamentations that we say on Tisha B'Av, the cities of Zion are exhorted to cry over their destruction like a woman in labor. I have always been struck by this comparison. Like a woman in labor? What's the connection between crying over the destruction of our Temple, and the cries of a woman who, while currently in pain, is actually going through a process that is the very opposite of destruction?

At the Temple's destruction, the seeds of its rebirth were already planted.

But there is a connection, and that is the universe's great secret. We can hustle and bustle all we want on the surface; we can speak to four people, answer three emails, check the stock market, shop online, microwave our dinner all at once and shout to the world, "Look at me! I'm so busy!" Meanwhile, the greatest things, the most significant, anticipated and miraculous things are forming somewhere deeply hidden. A baby is being fashioned and readied for life; the world is being formed, primed and readied for the imminent Messianic age.

Sheryl Sandberg, Tisha B’Av & How to Transform Loss into Resilience
Blessing on Chewing Gum
Was Rahab a Prostitute?
Extras In Our Own Epic
Comments
MOST POPULAR IN Tisha BAv
Our privacy policy