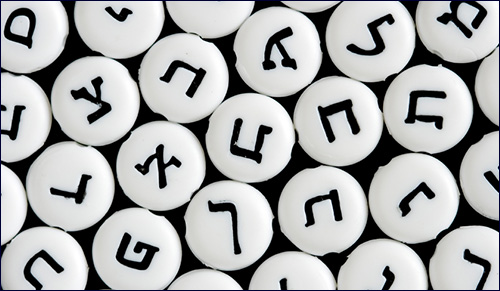 The birth of a new language: Yingloshen.

Last time we looked at English words that might make it in Yiddish. This is not a simple task. The standard is high my friends. Mama-loshen wasn’t born in a day and more, carries a nuance that comes from years of love, suffering, and running. But, it’s only fair we give English a chance at reaching the rarefied state of Yiddish. After all, some Yiddish can be found in various English dictionaries. More, it’s being used daily by non-Jews from Rhode Island to Alaska.

Hectic: A person who falls somewhere between an agnostic and an atheist.

YINGLOSHEN : ENGLISH WORDS, THAT COULD, MIGHT, MAYBE BECOME YIDDISH

“Kibosh”
English: To put an end to; to stop something.
Yiddish: Kibosh: (Kibboshnik): A person who jokes constantly, anywhere, anyplace.
Usage: “What does a Rivkah Epstein make for dinner? Heh heh, reservations” told at a Jewish wedding. Now he’s a kibboshnik who should shut up and sell maybe shoes.

“Freckle”
English: Little brown spots on the skin.
Yiddish: (Freckela): A big thing hanging off someone, but you don’t want to make a big deal.
Usage: “So, you have a thing hanging the size of a grapefruit. It’s a freckela. It makes you look exotic. And darling, the surgeon will lop it off one two three -- tomorrow.”

“Glacier”
English: A mass of ice that has accumulated over years.
Yiddish: (Glacianers) We know that Galitzianers, a subdivision of the Ashkenazim, originated from Galicia in the western Ukraine and the south-eastern corner of Poland. They spoke terrific Yiddish! Just recently, archeologists discovered evidence that over 3,000 years ago, there were at least ten, maybe 25 Jews who came from Antarctica. In the beginning there were theories of extra-terrestrials, until Dr. Haim Ginsberger, broke the code in the ice last Fall. It said: “Moses, put on your ear muffs! And remember to put up the mezuzah from the igloo. It came off again!”
Usage: “So, you’re a Galitzianer, and Morris, you’re a Litvack. Well I’m a Glacianer, which is why we serve Moose as our main on the High Holy Days.”

“Spatula”
English: A kitchen tool that has a long handle and short, soft and wide end that is used for mixing, spreading.
Yiddish: (“Spetula): A little argument between mates and/or parents and children which can be resolved when they give in. Some people shorten it to “spetch.”
Usage: “Darlings, so Rhoda likes sweet gefilte and Irving likes not sweet. It’s not a big tsimmis. We’ll serve a choice and end this spetula already. ”

“Latchkey”
English: The key to the outer door of a house.
Yiddish: According to folklore a man named Shmooie Latchkey was also known as the great shtetl thief. Not one chicken was safe when Latchkey was lurking.
Usage: “Morris, I saw you take from my pot of chicken and soup for Shabbos. Fortunately, I make for an army or we’d be short. What Morris, you’re a Mister Latchkey?”

“Brisk”
English: Fresh and invigorating.
Yiddish: (Briskedik) The corned beef didn’t quite make it to brisket.
Usage: “And my sister-in-law thought you can make a brisket in three hours! I tell you, my Marvin need whole bottle of Pepto Bismol from the briskedik.” She thinks it’s St. Patrick’s Day instead of Pesach?! … But who am I to say?”

“Concoction”
English: A mixture.
Yiddish: A repeated excuse.
Usage: “You had a fender-bender and it took seven hours in the E.R.!? Mendel, how many fender-benders can a person have in a month?! Quit with the concoctions and tell me you were playing poker already?”

”Bench”
English: A long seat usually made of wood or stone.
Yiddish: (Bensch) A person on the way to becoming a great human being – but lack a little something. (A group is called Benschen.)
Usage: “If they gave up the spurts of loshen hora, the Goldfarbs could go from caring, loving, giving benschen all the way up to menschen.”

“Glib”
English: Smooth-talking.
Yiddish: (Also “Glibberish”) A burp. The sound your stomach makes when you’ve ODed on too much Kosher wine.
Usage: “Oy Leo darling, from the sound of that big glib from you, enough with the Manischewitz. Don’t you remember what happened when Uncle Fyvush was so glibberish he tried to do the kazatsky on Cousin Adele’s antique coffee table?”

”Hectic”
English: Frantic activity.
Yiddish: A person who falls somewhere between an agnostic and an atheist.
Usage: “Yankel, that young man over there with the tattoo? He told me ‘It’s certainly possible that there is a God, but of course the other possibility is there is no God. Now, given even the slightest possibility, it makes sense according to Hectorian theory that a wise person shall leave his options open –just in case. So, I’m a practicing Hectic.’ I swear Yankel, all I asked him was, “Are you Kosher?”

“Angst”
English: Fear or anxiety.
Yiddish: Part of body, buy no one knows where.
Usage: “Dotty, I keep telling that meshugge doctor, it’s mine ‘angst.’ He finally gave me a scan and said my angst was fine.”
“Darling, what do they know? And by the way, maybe he checked only the left angst.

The right could be your problem!”

By all means, my dear readers, add to the list, and for all we know, we could create an off shoot of Yiddish in America: Yingloshen!