The Talmud refers many times to the importance of preserving human dignity.

In Generation to Generation (CIS 1986), I related how my father used to discipline me when I was a child. When I did something wrong, he would shake his head and say, "Es passt nisht (This does not become you)." In other words, I was not bad for having done something wrong; I was too good to do something that was beneath my dignity. This method is an excellent way to discipline children without making them feel they are bad.

Isn't it simply beneath our dignity to indulge in those behaviors which are primarily animal, rather than uniquely human? As I observe the enormous efforts made and expenditures invested in catering to taste buds, I wonder, "Where is our self-respect?" Granted, we must eat to stay alive, and eating tasty foods may indeed enhance digestion. Still, is it not beneath our dignity to indulge in gustatory delights to the extent that we appear to be more concerned about stimulating our tongues and stomachs than our brains? People who honestly value the truly human part of themselves - their rational and volitional minds - have other priorities. 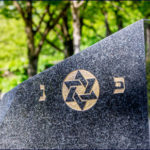 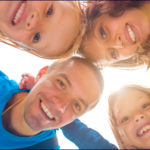 Should We Incur Debt for a Family Vacation?4 min read

How Can You Defend Israel? Part 26 min read

Nothing's been the Same4 min read