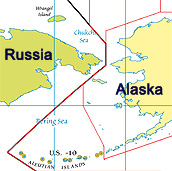 On this date in 1941, a group of Jews in Japan sent a telegram to Jerusalem asking which day is Yom Kippur. Several hundred yeshiva students and their families had escaped from Nazi-occupied Europe and found asylum in Kobe, Japan. Although they did not cross the conventional International Date Line (an imaginary line zig-zagging just west of New Zealand), that dateline was chosen due to convenience, and the Jews in Japan were unsure as to the International Date Line as recognized by Jewish law. Indeed, a 12th-century Talmudic commentary indicates that the line is six hours ahead of Jerusalem (90 degrees east of Jerusalem), running through the Philippines). In actuality today, most rabbis recommend observing the day according to local practice.