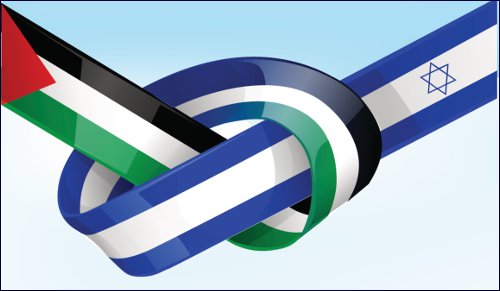 ”The Palestinians are not the easiest of partners." This is the heart of the issue.

President Barack Obama delivered a compelling and heartfelt speech on May 22 at a Washington synagogue.

He spoke directly to the concerns and aspirations of the Jewish people, identifying himself squarely with Jewish ethical values and the Jewish historical journey as a metaphor for the universal quest for peace and justice.

While not intended as a full-blown policy address, he did touch on the Israeli-Palestinian conflict, asserting:

"Just as Israelis built a state in their homeland, Palestinians have a right to be a free people on their land, as well. Now, I want to emphasize that's not easy. The Palestinians are not the easiest of partners."

For starters, like a clear majority of Israelis, I have long believed that the Palestinians have such a right. It would serve not only Palestinian interests but Israeli interests as well, allowing the Jewish state to end an unsought occupation, dating back to 1967, and also shift significantly the demographic balance within its own borders.

But there is just one problem, and it is contained in eight words the president expressed: "The Palestinians are not the easiest of partners."

The audience's reaction was to laugh right after this sentence. But, of course, it's no laughing matter. Indeed, it's the heart of the issue, and has been for decades.

I don't say this as a debating point. I'm not trying to win an argument. I have only one obsessive goal: witnessing the day when Israel can live in peace, true and enduring peace, with its neighbors.

Nor do I say this to suggest that Israeli leaders, by their words and actions, have always conducted themselves in exemplary fashion.

Like politicians everywhere in democratic societies, they are human and, therefore, fallible; they are subject to the demands of the electorate and, in the case of Israel, the rough-and-tumble of coalition building, and they may have 20-20 hindsight but, alas, not 20-20 foresight.

Yet, at the end of the day, the intentions of Palestinian leaders are anything but obvious. Others, from Washington to Brussels, may seek to interpret Palestinian goals. But, in the quest to hasten a solution, they too often ignore, downplay, or rationalize those fundamental elements that would otherwise challenge their assertions.

Frankly speaking, the Palestinians could have had a state and become "a free people in their own land" on multiple occasions, yet, for reasons perhaps best known to their leaders, they chose not to do so.

To many, this sounds totally counterintuitive. After all, if the Palestinians have been clamoring for a state of their own and have been offered most of what they allege they want, how could it be that they remain without a nation?

And this is where it gets problematic.

Palestinian spokesmen and their enablers find every possible means to divert attention from their own substantial responsibility for the current state of affairs. And too often they find receptive audiences, all too ready to believe – the facts be damned! – that Israel, the convenient whipping boy, is the sole culprit here.

But then how to explain the turndown of the UN recommendation for two states, Jewish and Arab, in Mandatory Palestine in 1947?

Or the categorical refusal to engage with Israel after the 1967 Six-Day War, when Israel proposed a land-for-peace deal?

Or the Palestinian unwillingness to learn from the examples of Egypt and Jordan, both of which achieved peace on favorable terms with Israel by acknowledging Israel's right to live in the region?

Or the flat-out rejection of Prime Minister Ehud Barak's offers, fully supported by President Bill Clinton, in 2000 and again in 2001, for a two-state accord, instead triggering a bloody "second intifada" against Israel?

Or the failure to accept, or even to make a counteroffer, to Prime Minister Ehud Olmert's two-state plan in 2008?

Or the current Palestinian violations of the 1993 Oslo Accords, by acting unilaterally, circumventing Israel and the bargaining table, and going to UN bodies where the votes are there for the asking?

Or the frequent Palestinian resort to incitement, incendiary language such as "genocide," and deification of terrorists with the blood of Israeli civilians on their hands?

Or the inescapable fact that a two-state agreement today is, in any case, rendered virtually impossible because Gaza is in the hands of Hamas, an Iranian-backed terrorist group whose charter calls for the obliteration of Israel, and Mahmoud Abbas' security in the West Bank is anything but assured (even less so without the unheralded help of Israeli security forces)?

As a Jew, I understand that seeking peace is at the core of our identity. The words of the prophet Isaiah – "And nation shall not lift up sword against nation, nor shall they learn war anymore" – define our DNA.

But that can't be the start and finish of the discussion. There is a second reality. I wish there weren't, but, alas, it stares us in the face. Invoking the nobility of Jewish values doesn't make it somehow go away.

Peace requires a partner who genuinely shares the goal of an end to the conflict, who is also ready to compromise for that aim, and who offers reason to believe the future can provide a promising break from the past.

Does Israel today have such a partner? The jury – or is it Jewry? – is still out. But when Israel does, then peace will become not only possible, but, I dare say, inevitable.

One Drink Too Many: My Journey to Letting Go of Alcohol, Finding Freedom and Choosing Happiness
Take Two: Why Pesach Sheini is Significant to Our Family
Why Really Everyone Believes in Free Will
Who was Two-Gun Cohen?
Should Jews Support Ukraine?
The Jews of Cuba
Comments
MOST POPULAR IN Middle East
Our privacy policy