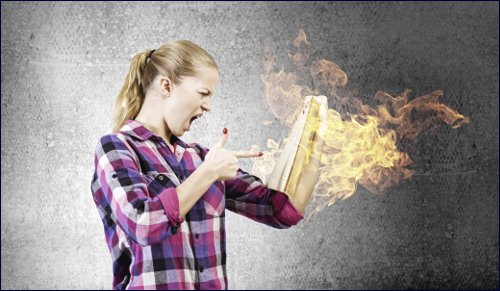 Biased textbooks are mis-educating students to hate Jews and the Jewish state.

Dutch teenagers taking a mandatory high school history class have been learning some highly suspect “facts” about the Jewish state.

According to the textbook Geschiedeniswerkplaats (“History Workplace”), Israel’s founding was an utter catastrophe, in which “Jewish militias carried out murders in Arab villages” and is depicted as an unprovoked pogrom of crazed Jews against peaceful Arab villagers.

No mention is made that the UN mandated the establishment of a Jewish State. Nor of the crucial historical detail that five Arab armies attacked the nascent Jewish state hours after Israeli independence was proclaimed.

No mention is made of Arab atrocities against Jews in the pre-state period – nor of the nearly one million Jews from Arab lands expelled following Israel’s founding in 1948 who found refugee in Israel.

Instead, Dutch teenagers are presented with a topsy-turvy view of Israel, in which former Israeli Prime Minister Menachem Begin (winner of the Nobel Peace Prize in 1978 for the peace treaty with Egypt that saw Israel withdraw from the Sinai Peninsula) is called a murderer and terrorist, and Israel’s founders are variously called “radical,” “terrorists,” and described (against historical evidence) as driven by an irrational desire to conquer all the biblical Land of Israel.

The book’s discussion of Israel’s founding in 1948 is illustrated with a modern-day picture of a Palestinian boy throwing a rock at an Israeli tank: the caption describes this as a “small act of resistance.” The book then creates a guilt-inducing feeling of panic and intense moral urgency by saying the boy in the picture was killed nine days after the photo was taken.

Many Dutch students – and their teachers – read Geschiedeniswerkplaats’ upside-down and horrifying description of Israel without apparent comment – until one Israeli-Dutch 16-year-old, Barak Gorani, was assigned the textbook in his Jewish high school and complained.

Gorani, who describes himself as an “Israeli patriot,” pointed out the book’s many historical errors to his teacher – who agreed whole-heartedly. But, she said, there was nothing she could do: the Netherlands’ Education Ministry required it as a mandatory text.

The offensive textbook was even used in a Jewish school!

Outraged, Gorani showed the textbook to his father, who passed it along to the Israeli Embassy. Gorani’s father said he was amazed that no one had formally objected to the textbook which was being used even in a Jewish school! “The Dutch, even the Jews, let it pass in silence.”

Israel’s embassy described the book as “outrageous” and may constitute incitement. The textbook’s publisher, Noordhoff Uitgevers, defended their work, saying: “We believe we carefully handled the facts and in the right context.” But as the story gained notoriety, increasing numbers of complaints poured in from parents and students alike.

As indignation grew, the Dutch Education Ministry began to distance itself from its own textbook, noting the Ministry “does not approve textbooks, they are selected by individual schools."

Sadly, the case in the Netherlands seems to be unusual only because someone had the courage to stand up and complain. In recent years, schools and education departments in other nations have assigned biased textbooks to impressionable students that denigrate the Jewish state.

• In Belgium, the Ministry of Education provided ready-made teaching materials to grade-school teachers. These materials include instructions on role-playing Jews and Palestinians – in which Jews are almost always portrayed negatively – and equate Israel with Nazi Germany. One cartoon – meant to be shown to children aged 6-12 – depicts a Jew dying in a concentration camp with the caption: “Never Again.” Beside him, a dying Arab labeled “Gaza” bears the caption “Over Again.”

We have come to associate such images with the vile, anti-Semitic Arabic press. But to see these in "mainstream Western textbooks" is a new level of outrage.

• A textbook used in public high schools in Williamson County, Tennessee, in 2013 included a bizarre discussion of terrorism – seemingly excusing it when directed at Jews and Israelis. In the high school textbook, The Cultural Landscape: An Introduction to Human Geography,” students were asked: “If a Palestinian suicide bomber kills several dozen teenagers in a Jerusalem restaurant, is that an act of terrorism or wartime retaliation against Israeli government policies and army actions?” The book was defended by Mike Looney, the county’s school superintendant, who praised the “deep dialogue” engendered among students.

• Meanwhile, a popular "English as a Second Language" textbook in Britain was found to mislabel Israel in maps, calling it “Occupied Palestine” instead. The revelation followed a 2010 BBC documentary detailing other instances of gross distortion where Israel is concerned: 5,000 British children who attend after-school Islamic classes are learning from Saudi-financed textbooks bizarre “facts” including: Jews turn into apes and pigs, and Jews seek world domination.

In all these cases and many more, biased textbooks are mis-educating a new generation of students, teaching bias and even hatred against Jews and the Jewish state. It can be hard to find the courage to stand up and challenge problematic books, but the example of the Netherlands – where one flawed textbook is now under scrutiny – can inspire us all.

Israel On Fire: Where's the Coverage?

Why Are They Saying All Those Terrible Things About Israel?

A Nihilist on Anti-Semitism