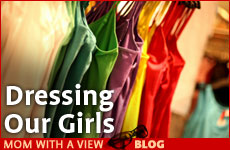 Jennifer Moses needs to act on her concerns about how society is objectifying girls.

“Why do so many of us not only permit our teenage daughters to dress like this – like prostitutes, if we’re being honest with ourselves – but pay for them to do it with our AmEx cards?” asks Jennifer Moses in a recent Wall Street Journal piece (Why Do We Let Them Dress Like That?).

Unfortunately her question is better than her answer.

While expressing some regrets over her own past and that of her peers, while expressing the desire of that generation to teach their sons and daughters to be less promiscuous than they were, Ms. Moses acknowledges that she doesn’t know how to do that. She even cops to enjoying seeing her young daughter turn some heads.

Ultimately I’m afraid that Ms. Moses caves in to peer pressure, not wanting to reinforce the highly sexualized message that her daughter is receiving from her peers but unwilling to actually say or do anything to stop it.

If anyone tuned in to this year’s Super Bowl, particularly the last few minutes, they would have seen an ad for Sketchers (yes the shoe company) that can only be described as pornographic. Why do women put up with this?

Many of the original tenets of feminism are highly compatible with those of the Torah. Women should not be seen as or treated as objects. Women should be valued for their internal qualities and character as opposed to their external ones. The objectifying of women in order to sell cars, beer – or running shoes – damages all of us.

And you can’t only blame men. If women refused to “act” in these ads, they wouldn’t exist. If women dressed to highlight their souls and not their bodies, men would get the message.

And if mothers like Jennifer Moses acted on their concerns instead of just writing about them, we’d raise a new generation of confident young girls and boys more focused on the people they were becoming than the looks they were giving or receiving.

Ms. Moses may find it thrilling to see her 12 or 13-year-old daughter in “drop-dead gorgeous mode” but she’ll be less excited when she’s 16 or 17.

We read in Psalms that “the glory of the daughter of the King is internal.” I believe that this is the ultimate feminism, a true recognition and appreciation of our core strengths and values as opposed to superficial physical approval.

It seems that Ms. Moses and her friends are slowly waking up to the recognition of how we’ve lost our way. Let’s hope they can give their daughters the courage, strength and wisdom to reverse the tide. 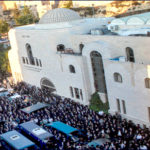 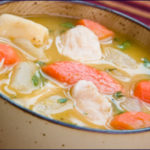 Shabbat in an Hour5 min read 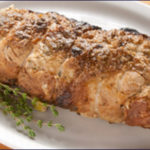