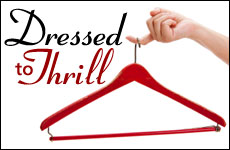 Why do we let them dress like that? How to give our daughters genuine power.

An article that recently appeared in The Wall Street Journal (Why Do We Let Them Dress Like That?) made me sprain my neck from all the vigorous nodding I was doing in agreement. In the piece, author Jennifer Moses lamented that so many of her generation permit their teenage and pre-teen daughters to dress – to use her words – “like prostitutes.” It’s a familiar enough theme, as every few months there’s an uproar about this provocative billboard or that age-inappropriate clothing line, but the tempest usually dies down within minutes and it’s back to business as usual. And business as usual is a huge disservice to our daughters.

Certainly, it feels empowering to a young girl to dress like a mature woman. Sex is power, ergo “sexy” must equal “powerful.” It’s certainly fun to watch the boys lose their heads at the sight of their scantily-clad female peers though, in all honesty, it doesn’t take much power for a girl to accomplish that particular feat. Through and through, this “power” is an illusion.

In visualizing women they respect, one thing becomes apparent: They have class. They have dignity. They command respect.

In addressing this topic with teenage girls, I always discuss truly powerful women. When I ask for examples, what names come up? Eleanor Roosevelt. Hillary Clinton. Margaret Thatcher. Indira Gandhi. Michelle Obama. Names of that caliber. And, in visualizing women they respect, one thing becomes apparent: They have class. They have dignity. They command respect.

Such celebrities as Lady Gaga and Paris Hilton may be rich and popular. They may be fun to watch. It may be fun to act like them or even to act out like them but they don’t command respect. They have talent, they have money and they can get pretty much whatever they want, but in their eyes is not where the boys are looking. (In a similar vein, one can’t help but wonder if Lindsay Lohan’s legal problems might not be ironed out more smoothly if she was dressing for court more than for the paparazzi.)

Related Article: Beneath the Surface: A Deeper Look at Modesty

There’s nothing wrong with looking attractive. No one ever accused Jackie Kennedy or Michelle Obama of being frumpy. But there’s a world of difference between looking appropriately well-dressed and looking ready to dance onstage in a seedy bar.

In the book of Psalms (45:14), King David tells us that the honor of a princess is internal. The princess doesn’t have to put it all out there for the world to gawk at. She commands our attention because of what’s on the inside. She has something worthwhile to say and we want to hear it. In short, when we talk to her, we look her in the eye. In Judaism, we believe that all Jewish girls are princesses. This is the basis of modesty, the Jewish ideal in comportment and dress. Shouldn’t every girl be a princess in her parents’ eyes?

So, if dressing provocatively and giving boys virtual fits of apoplexy is not power, what is?

Saying no. Refusing to bow to trends just because they happen to be trends. Peer pressure is the single most compelling force in the world of a teen, and the ability to say no to it is the most courageous, most powerful thing a girl can do. It behooves every parent to facilitate his or her daughters’ ability to stand by higher convictions even at a time when all their peers may be descending into the muck.

The ability to say no to peer pressure is the most courageous, most powerful thing a girl can do.

Ms. Moses attributes a number of factors to the reluctance of mothers to deny their daughters access to provocative outfits – even to pay for them, which goes far beyond the appearance of tacit approval! The foremost factor appears to be that the mothers are of the first “liberated” generation. As part of the sexual revolution, with access to birth control in handy pill form, they were as a whole freer than previous generations in their own sexual experimentation. To deny their daughters this “opportunity” might make them that worst of all things – a hypocrite.

Actually, there are worse things a parent can be than a hypocrite. An enabler is one of them.

The author shares her own anecdotal experience that “not one woman (she’s) ever asked about the subject has said that she wishes she'd experimented more.” After decades of working with teens – who generally tend to grow into adults and parents themselves – such is likewise my experience. Rather than resigning ourselves to an “inevitable” conclusion, don’t we owe it to our daughters to share the benefits of our experience? Yes, our children will always make their own mistakes on the road to adulthood; it’s part of growing up. But while we know they may stumble into the occasional hole, we shouldn’t blindfold them, spin them around and give them a shove. We should yell, “Hey, look out! There’s a hole in the ground!” If they don’t listen, at least we tried.

And our kids might actually listen. They may roll their eyes, they may yell, they may slam their doors, but never deceive yourself: deep down inside, our kids are listening. They may never admit it because, hey, we’re uncool, but what parents say makes an impact.

What we neglect to say makes an even louder impact.

Why I Don’t Touch Men