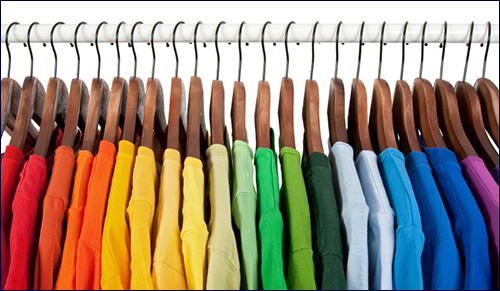 Being seen as people, not objects.

Dress codes are all over the news these days – from the raising of necklines in a Utah high school yearbook to middle school in, of all places, Berkeley, California.

Dress codes get everyone up in arms for two main reasons (I personally think that just for the financial benefit alone parents should embrace school uniforms but that’s a separate point).

One is the drive for individuality, the ability to express one’s uniqueness through what we wear. This rallying cry is the one most frequently adopted by adolescents in a bid for independence. The irony is that our teenagers, who are rebelling against a dress code in the name of non-conformity, end up adopting the most conforming dress code of all – it’s just not the one the school wants. But it’s certainly no coincidence (and no expression of individuality) that they all sport tattoos or tongue piercings or special earrings to make the hole bigger or Goth or grunge or whatever the latest look is. That argument is pretty weak and we’d prefer to teach our children to individuate through their character and their actions rather than through their heavy black eyeliner.

The more profound issue of the dress code goes deeper into this sense of self. Do we want our teens (and our kids of all ages) to dress in a way that reflects their inner qualities or their external ones? That expresses an internalized sense of dignity and appreciation for the Almighty’s creation or that is more superficial and in some way lacking in self-respect? Okay, I’ve stacked the deck! Despite the soundness of my argument, a stroll through the halls of most public high schools suggests that the emotional battle has been lost.

And perhaps these new dress codes, while seemingly arbitrary or confusing, are trying to recapture those “quaint” values. We want our children, boys and girls, to have a deeper sense of self than that reflected by the message on their T-shirts. We want them to appreciate what the famous rabbi, the Alter of Slabodka, called the “gadlus hadam,” the greatness of the human being, our vast potential to grow and accomplish and bring good into the world. And this vision is affected by our sense of self which is in turn affected by what we wear.

In the recent NY Times piece, “The Battles Over Dress Codes” (6/14/2014), Peggy Orenstein quotes a Twitter hash tag, “don’t tell us what to wear; teach the boys not to stare.” I felt like I had stepped back in time. While she goes on to wrestle in a more thoughtful way with the issue, that sentiment floored me I was in back in college many years ago where that was the initial feminist perspective. But upon more sober reflection and with the help of Jewish studies, it was replaced by the more grounded and realistic recognition that we, men and women, are in this together.

Yes, the boys (men) shouldn’t look (my husband tells his students that “The first look is instinctive; the second is a choice.”) but we girls (women) also have a choice; we can make it easier on them. And it’s not just for their sake; it’s primarily for ours.

Instead of protesting the school policy we should be thanking them for doing our job for us. And for saving us from spending money on those tiny pieces of material that some manufacturer has the chutzpah to call clothing…

Why You Have What I Want

Bite Your Tongue
The Softball Player
How This 6 Generation Bread Baker Brought Back Israel’s Ancient Grains
Olivia Newton John’s Grandfather was a Nobel-Prize Winning Jewish Physicist
Comments
MOST POPULAR IN Family
Our privacy policy
Aish.com Is Looking for Great Writers