Don’t Interfere and Defend Your Child 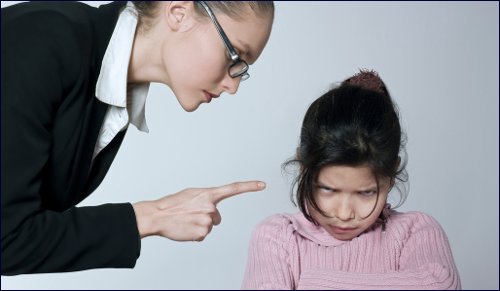 We will almost never be successful, and we may do more harm than good.

Some lessons are learned the hard way. One of them in my life was to stay out of the fights between my children and their friends. This was brought home to me when one of my daughters was in 5th grade, a grade that will forever be associated in my mind with a unique mean-spiritedness on the part of those pre-adolescent girls. My daughter became the third friend to a pair of prior best friends.

And suddenly she was coming home from school every day crying. When I probed, she informed me that one of the girls resented her relationship with her friend and made fun of her or was otherwise cruel to her every day. Despite prior warnings not to get involved, despite common sense telling me to stay out, I let my daughter’s pain govern my actions – to a point.

I decided to call the mother of the girl in question. But even though I was sure (!) that my daughter was in the right and hers was in the wrong, I did not approach her that way. Instead I adopted a more conciliatory tone. “I’m sure my daughter is playing a role in this,” I began, “but it’s painful to everyone and maybe we can work together to ameliorate the situation.” Or words to that effect. I had hoped that this opening would lead to a similarly even-handed response on the other mother’s part.

I could not have been more wrong.

Instead she began to yell at me. “My daughter has done nothing wrong; it’s all your daughter. Everything was fine until she insinuated her way into the friendship.” And on and on…

Needless to say, I was taken aback. I had reached out with calm and good will and was instead of the receiving end of a very personal attack. There was little left for me to say and the call ended soon after.

The girls soon repaired their relationship but there was tension between the mother and me for many years to come. I learned three things that day:

I thought of this situation the other day when my friend’s married daughter was placed in a very awkward situation. It seems that she had told the after-school art teacher in the small town where she lives that her prices were a little out of reach for her and her friends and offered her the option of either lowering them or explained that, regretfully, they would have to look for another teacher. That night she got a call from the teacher’s mother (yes, the teacher’s mother!) yelling at her for taking business away from her daughter and adding that my friend’s daughter’s husband (did you follow that?) makes a lot of money so they could afford the rates.

It’s not easy. If someone does something hurtful to one of our children, our first desire is to hurt them back (I’m just being honest here). Our second desire, and one we can more easily justify, is to call them up and either defend our child or tell them what we think of their behavior or, in the noblest of scenarios, try to make peace.

But we will almost never be successful. And we may frequently do more harm than good. As much as we are like mother lionesses, always ready to leap to the defense of our children, roaring loudly as we do so, it is not always the right strategy. In fact it frequently may not be.

So what’s a passionate, loving mother to do? Support our child to their face and teach them the skills to deal with situations like this on their own. It’s initially a lot less emotionally satisfying but ultimately much more gratifying.

In the former case, our children remain just that – children. In the latter, we can take pleasure in having created mature, responsible adults.

Feeling the Awe on Shavuot

Why the Messiah Must be on His Way

Imbuing Real Self-Esteem
In the Shadow of David and Goliath
Where Do the Laws of Nature Come From?
Saadiah Gaon, Rashi and Maimonides: How Three Rabbis Revolutionized Judaism
Comments