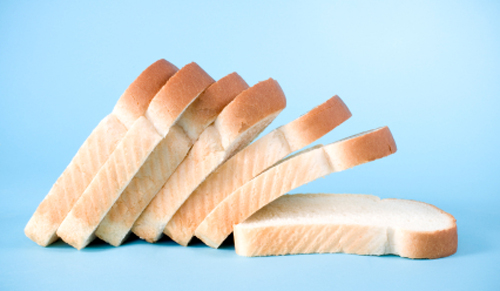 Like: So your last name’s Cooper. Tell me what was it before?

Here’s why. Unlike us, you may have noticed that non-Jewish people have a tendency to only ask questions when they want an answer, or, vice versa, when they say “Don’t Ask” … they actually mean it.

When we say “Don’t ask” it’s not only an invitation to ask, it’s a command that when not heeded is an insult. (“So yutz, what took you so long to ask while I’m standing here with a Band-Aid!”)

When they say “Don’t ask” it’s a warning. Should we, God forbid, ask a non-Jew, “So darling, were you really guilty of money laundering?” and they say “Don’t ask” – Don’t or you may wind up in the spin cycle. Would you believe they may actually be offended and think you’re a yenta (if they know what it means)?

More, if we do ask, we might not be thrilled with the answer.

Don’t worry mein kinder. In the interest of world peace, never mind the neighborhood, I am here and happy to help: As a public service, I now present you with:

Don’t Ask: Questions You Should Never Ask a Non-Jew

1. “Mary Sue, maybe you have some Pepto-Bismol, Rolaids, or Tums in your purse?”

Trust me, mamalas, your non-Jewish friend doesn’t live on Pepcid and Prilosec. She can eat an entire wheat crop and drink directly from a cow without even a stomach rumble, while We Jews would need a new colon if, God forbid, we touch lactose or gluten. Should you ask such a question: not only will she think you’re a kvetch, she may actually tell you: a) it’s all in your mind; b) or feel bad that you feel bad and she’s out of Beano. I ask you, you need to hear such an accusation? Of course not. You need to deliver such guilt? Actually, never mind.

2. “You really think the Second Amendment gives you the right to have all those guns?”

Face it. More non-Jews have guns, rifles, weapons, than do Jews (unless they’re with the IDF). First darlings, should you ask you’ll get into such a debate, even Alan Dershowitz wouldn’t get involved. Then, you’ll hear all about hunting, which we pooh on. And God forbid you should ask why to kill one duck they need enough assault rifles to take out a small island nation, they’ll send you a 12 by 15 glossy of Charlton Heston – and not as Moses.

If you’re talking to an American Wasp, there wasn’t a “before.” Their ancestors, the Coopers, supplied Paul Revere … a fact that got them into the Daughters of the American Revolution, along with a footnote under “Revere.” All of this makes them U.S. “royalty.” We Jews, mamalas, have a “before.” With all the running and evil border guards we could be a direct cousin of Moses, but who would know with a family name like Shmutzbank? Better you should ask a non-Jew: “You really commissioned that huge portrait of your great great Uncle, Phineas Quincy Cooper sitting on a barrel?”

They’ll also add mayonnaise. Nebuch, can we expect the whole world to eat Kosher? We can only hope. But turning our savory invention into chaloshes fruity treif? Remember, they think they’re eating “Jewish,” so any such question will hopelessly confuse them, but then what can you expect from people who invented the olive loaf?

Instead of asking, assume a the Basic Face and ask: “Poppy darling, why not try a bagel named after you … with a shmear?”

Who could believe a simple question like “what did your house, car, dress, taxes, lawyer, psychiatrist, ring, proctologist, trial cost?” could actually offend some non-Jews? What do they know from “sharing?” To a non-Jew this is not “helpful,” it’s chutzpah … especially should they tell us they bought at Tiffany’s and paid retail. They still don’t trust we could get the exact same thing cheaper, better, and faster. Alright! OK! You tried. Listen if they think Tiffany’s is better than your great-uncle Moishe in the jewelry district, don’t aggravate yourself. They deserve to overpay.

6. “You really like indoor rock climbing and that stationary bike that goes nowhere?”

Trust me, they do. They’ll fling and fly, climb and cycle 10,000 miles to stay in place and think they had a good time. We Jews, on the other hand, have spent thousands of years doing the 3-minute mile, shlepping goats and chickens yet. We didn’t have a good time – even when we got somewhere. So, we need to risk our lives climbing to ceilings, where we could, God forbid, hit a fan? We need to waste our time pedaling on a thing that won’t even take us to Bloomingdale’s? If we want to see a climber, we’ll watch a mime. More, if we’re so farmisht we actually try to get on the bike, we’ll lose a handy dandy clothes closet.

And so, mein kinder, there you have it. Six questions you should never ask a non-Jew. Should you feel any of the above about to spew forth, take two sour balls (try the lemon) and call me in the morning.