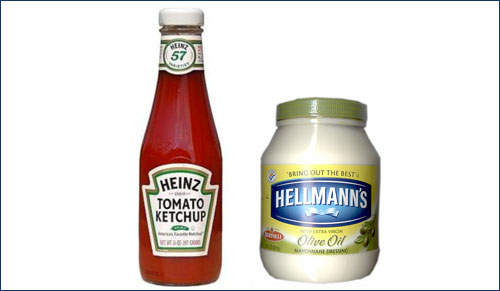 Like: “When you got that 82 in physics your mom was actually happy?”

We Jews are not only known for questions, we invented them.


Ok, so maybe I took a little license, but trust me, they were thinking it.

In PART ONE, we talked about what not to ask non-Jews. As we MOTS make up about 0.2 per cent of the world population, that means we have to communicate with seven billion people, most of whom don’t understand us (or can’t stand us), never mind our questions!

“Can you recommend a good allergist?”

Therefore mamalas, in the interest of world peace, here is PART TWO of ……..

Don’t Ask! Questions You Should Never Ask a Non-Jew

Ask this question and you’ll get: “Fine.” “Tip top.” “Never better.” This, when they’re in the hospital following a hip replacement. You, on the other hand feel lousy and will feel lousier if you ask a non-Jew this question. I ask you, how can you kvetch about your eye floaters when they’re perky in a body cast? I tell you, mamalas, it’s a dilemma you don’t need. Much better to say, “Oy Rosemary … If I went through what you did, I wouldn’t have made it through the operation!” Believe me, such an uplifting compliment will cheer them up more than a gift certificate to Lobsters ’R Us.

Are you looking for a nasty stomach upheaval? You know, I know, and millions of Jews have known the oh-so-delicious ingredients for authentic kishke. But does a non-Jew need to know intestines are involved? I say Don’t Ask unless she’s a contestant on “Chopped.” Personally, I would start a Gentile with a tongue sandwich. Listen, if they can eat head cheese, which from the name alone can nauseate a person, they can manage a little tongue, provided you remove the taste buds when they aren’t looking.

3. “Can you recommend a good allergist?”

Darlings, you might as well ask a non-Jew to recommend a good place to get kippahs.

Most of them could be in a hayloft in Iowa with a pollen count of 3,000 wolfing peanut butter on wheat bread, and they’re hunky dory. We, on the other hand spend our lives shniffling. Mamalas, don’t waste your breath asking. More important you should save it for when you’re headed to the E.R. in anaphylactic shock if a car backfires in Brooklyn.

4. “When you got that 82 in physics your mom was actually happy?”

You must understand that for most people, passing, especially with a decent mark is good enough. When we get a 98 and papa says: “So what happened to the other two points?” we know it’s a sign he believes in encouraging our genius. But asking such a question may not only give non-Jews the erroneous impression that we come from neurotic, obsessive, pushy perfectionists, but sends the message that their 82 is nothing to write Bubbie about and they should hang their heads in shame. I suggest you say a compliment instead, for example: “How nice for you that it’s so easy to make your parents happy.”

5.  “You got to Sheila Bernstein’s party on time?”

Non-Jews respect the invitation time. They believe an invite for 8 PM means 8 PM … and leaving time involves departing after someone yawns and says, “It was a wonderful evening! Well, I have a busy day tomorrow.” Darlings, face it. We Jews learn at an early age that politeness demands we arrive at least 15 minutes late (we were picking up that chocolate Bobka), and leave at least an hour after the house has been vacuumed so the hosts are reassured we’re having a ball and don’t have something better to do. If you ever want to teach this valuable skill to a non Jewish friend I suggest you say: Mary Margaret, ask Sheila’s husband to show us that Internet game he invented – again, while I grab the last of the cheesecake.” Don’t forget to tell Mary Margaret that a good indication to leave is when the host has put on her pajamas.

And so, mein kinder, there you have it. Five more questions you should never ask a non-Jew. Should you feel any of the above about to spew forth, take two more sour balls (the lemon) and call me in the morning!