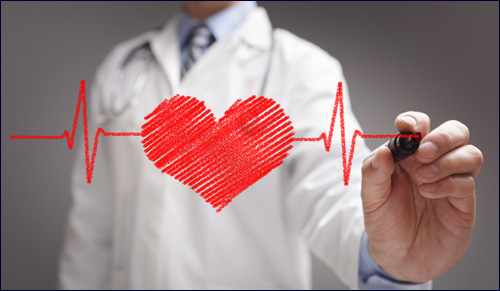 Our doctor was gruff and impatient. Then I overheard him talking to his wife.

He wasn’t one of my most favorite people in the world, but since my son had a medical condition that required regular checkups, I had steady interactions with Dr. D. He could be gruff and often low on patience, but his redeeming grace was his quirky sense of humor which parents loved. His field of expertise was highly specialized, so I didn’t have many other options even had I wanted to go elsewhere.

I learned the hard way that Dr. D wouldn’t give me a minute more than my allotted 15. “Can I ask one more question?” I asked innocently at the end of a visit. “You already did. Your time is up. If you don’t leave now, my other patients will lynch you.” From that time on, I came prepared with an index card of questions and concerns, practiced my “speech” in advance, and walked out with the necessary paperwork I would need until our next visit, with time to spare.

I still found myself on the receiving end of his unpleasant barbs. I once had an appointment scheduled for after-school hours and I had my other kids with me. My crew was being their usual kvetchy selves, although I was trying my best to keep it under control. As our visit came to a close, Dr. D said, “I can’t stand all the whining for one more minute. Please get out of here before my head explodes!” without a trace of embarrassment at his impoliteness.

On my next visit, when I asked if my son could fly, obviously referring to going on a plane with his condition, the doctor replied in all seriousness, “Well, I wouldn’t recommend throwing him off a cliff like superman, if I were you.” I couldn’t tell if he was being nasty or funny. It was probably a mixture of both.

On one visit as I was called into his office, he gestured me to sit down as he picked up his phone. “I’m sorry I just need to make a quick call before we start,” he said. I nodded, hoping that my allotted 15 minutes wouldn’t start until after his phone call ended. “I need to call my wife,” he said in way of explanation.

Wife? I had never thought about Dr. D as a family man and wondered if he was as gruff with his wife as he was with his patients. “My first priority in life is to be a good husband,” he said to me as he waited for her to pick up. “My second priority is to be a good father. And my third is to be a good doctor.” I smiled at his uncharacteristic revelation.

I had a hard time fathoming how one person could have two such very different personas. Which one was the real him?

When she picked up Dr. D’s voice dropped several notches. “Hi sweetheart! How are you feeling today?” he said with such warmth that I felt that I was intruding on a private conversation. Perhaps I should step outside? But no, Dr. D was gesturing me to sit still. “I feel so bad. I saw we had no bread in the house. Are you going to manage? Maybe it’s too cold to get out with the baby?” he asked with affectionate concern.

It was 8:30 in the morning and the doctor travelled from far, probably leaving the house before her morning started. This conversation about nothing in particular went on for a few more minutes until he wished her a good day in such a tender voice, it was almost a whisper.

What a lucky wife, I thought to myself. I had a hard time fathoming how one person could have two such very different personas. Which one was the real him? And then it struck me how I was judging him based on one sliver of his makeup that I am privy to see, without realizing the complexity of his personality.

I still don’t look forward to my visits with Dr. D but I’ve learned to look at him in a more nuanced way. While he’s a bit rough around the edges and it wouldn’t hurt if he’d be a bit more patient, I know that behind that white coat is a wonderful husband and loving father who has his priorities straight.

The First Religious Jew Drafted to the MLB: An Exclusive Interview with Jacob Steinmetz

How a Spate of Synagogue Bombings in the 1950s Is Impacting Us Today
Were Adam and Eve Jewish?
How I Learned to Love the Multiverse
10 Big Jewish Inventions
Comments