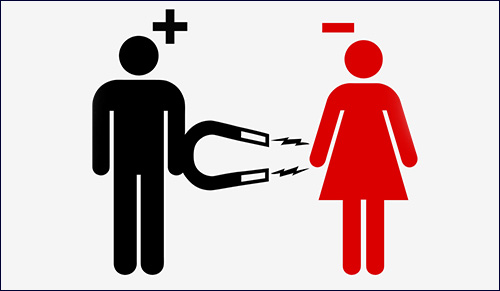 We’ve really hit it off, but there are a number of differences that concern me and do not concern her.

Recently, I met a beautiful local girl. We hit it off straight away and have started dating, despite a number of differences between us.

For example, she is not religious like I am but claims to be "spiritual". Also, unlike the few past relationships I have had, I see her nowhere near as often as I'd like due to her preference of staying home most nights with her family, but despite her residing extremely close to me. Thirdly, as there is an age difference of several years between us, we have different natures of friends. My friends are adults in their late twenties who want to settle down and focus on creating a home and family. Her friends are mostly young adults who more often than not enjoy going out to dinners and various festivities. We don't mix our circle of friends either.

As a person, she is great – extremely caring and polite, intelligent and works hard. We get along well due to the intellectual conversations we can have, enjoying one another's company, and being able to openly discuss meaningful personal things with each other. She does not have a problem with our differences and states "it is what it is." I, on the other hand, cannot help but wonder if such opposites attract within couples or set them up for destruction.

What is the consensus here? Opposites attract or similarities are the deciding factor? I am concerned that leading such different lives despite being with one another may ruin our chances to be closer in the near future, and I am torn between putting this to her now or just riding the wave and seeing what happens.

You and the woman you’re dating get along very well because your personalities are very compatible and because each of you has character traits the other admires. While you enjoy dating each other and are building your emotional connection, you’re right to be concerned about your differences. We don’t see your situation as a case of opposites attracting each other (which sometimes works for a couple and sometimes doesn’t), but a problem with different goals for the foreseeable future, lifestyles, and values.

A man and a woman need more than a strong emotional connection for their relationship to continue for the long term. They also need to have compatible values, be moving in similar directions in life, and have lifestyles that work well together. None of these seem to be present here.

Let’s look at your values. It sounds as though you both feel Judaism and a personal connection to God are important, but you each have internalized this differently. You are observant, and expect to have a home where Shabbat, Jewish holidays, kashrut, and family purity are a high priority. These are an integral part of your lifestyle, but not hers. It is likely that the two of you will have conflicts over your different priorities and lifestyle choices.

Alone, this isn’t an insurmountable challenge. There are couples who decide to continue to date while they work on finding a way to minimize their differences in this area. If they're working toward having a future together, one person may decide to become observant, or the couple may be able to agree on a home life that lets each person feel comfortable and religiously fulfilled.

But there is more that divides you than differences in Jewish observance. You’re at very different stages in life and your goals for the foreseeable future are very different. You seem to be ready to find the right person to marry, settle down, and build a family and home. You seem to want to move your dating in that direction by seeing each other more often, so you can develop a deeper bond. She doesn’t feel the need to do this. Although she likes you and enjoys dating you, she doesn’t feel ready for a serious relationship that is headed toward marriage. You may decide to keep dating in the hope that she’ll eventually feel ready for marriage, but if that takes too long you’ll become impatient and frustrated. It will create conflict in your relationship that can’t be resolved easily. And since she’s content to maintain the status quo of dating each other but keeping the rest of your lives separate, you won’t be addressing the differences in your Jewish values and mitzvah observance any time soon.

It’s hard to say “no” to someone you like, respect, and enjoy spending time with. But it seems to us that this relationship is not going to develop in the direction you want. If you feel you would like to get married and build a home and family, it would be a better idea to look for dating partners who also want to get married and who share your ideals, goals, and priorities. From that starting point, you will hopefully be able to find someone you can like, admire, and feel comfortable with, and you’ll be able to forge a close emotional connection that will lead to an enduring, happy marriage.

Dating Advice #88 - Does Love Conquer All?