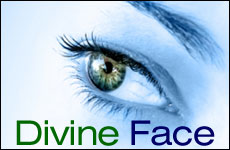 Can any woman measure up to the models in Vogue?

My family claims that if I had gotten my teenage years down pat the first time I lived it, I wouldn't have to keep reliving teen angst. Be that as it may, about a decade ago, life flung a group of teens at me, girls who had nowhere to live for one reason or another.

There are, according to a recent study, over 1,000 homeless Jewish teens in the New York area. While my studio apartment wasn't big enough to accommodate those numbers, I did give the matter some serious thought, And then, when my idealism had sufficiently clouded my reasoning ability, I hauled out mattresses and invited some teens who had been referred to me for crisis intervention to move in with me.

Don't ask what it was like to be surrounded by teen angst, 24/7. And angst it was, because many of these teens were incredibly frail.

How many things can you find wrong with this picture?

In a generation plagued with low self-esteem, folks stand for hours in front of full-length mirrors finding fault with their looks. These girls did the same. My nose is too long, too wide, too short, too crooked. My weight is no good. My complexion is bad. My hair is the wrong color. Have you ever watched a girl in action in front of a mirror? It's as if she's completing a game called, "How many things can you find wrong with this picture?"

I was spared from this activity since I never got a chance to see myself in the mirror anymore. There were too many girls crowded in front of my mirrors, stationed there until they found the next wrong thing with their looks. I heard about some of my flaws (teen girls can be brutally honest), but most days it was a non-stop litany of complaints about what was seriously wrong with their own bodies.

Jewish law sometimes defies convention. It speaks of outward action, but affects profound inner change. I've discovered that Jewish laws are their own form of therapy, one that implements deep emotional growth. For example, based on the Talmud (Shabbat 50b), we are taught that after washing one's hands in the morning, a person should wash his face in honor of God, as the Torah says "Man was created in the image of God" (Genesis 9:6). Therefore, by washing one's face, it is like cleaning a statue in the image of God.

This law seems laughably simple, even unnecessary to say. Yet we are told that washing one's face is a routine not to be skipped. At the start of each new day, we look ourselves in the mirror and say: My face, with its crooked teeth and pucker between the eyes, was created by God in His image. It is a small statue of Godliness.

Swarovski statuettes sparkle and glisten, for they are made of brilliant crystal by commissioned artists. Every human being is created by the Master of Artists, each with the imprint of God's design. Just as we would treat a beautiful Swarovski statue with respect, so too must we treat our bodies. We are to clean it well and value it well, for it has value far beyond any carved statuette.

It would be helpful for girls to grow up with the refrain, "God created your beautiful face." Unfortunately, most of us haven't been exposed to such notions. Instead we are given images of air-brushed models and are appalled when natural faces do not measure up. Most of us deduce that we are deformed if we don't look like we waltzed off the glossy pages of Vogue.

So Judaism gives us a way through this confusion: No matter your age -- whether you are 15 and staring at your acne or 80 and bemoaning your wrinkles -- do not view yourself askance. Take action to respect your face, by washing it each morning.

Most of "my" teens have moved on, marrying and setting up homes of their own. I now have full access to my mirrors. My flaws loom large after so many years of not noticing them. Yet flaws or no flaws, I wash my face each morning. This routine refocuses me at the start of each new day. No pigeon poop on this statue is allowed, no inner critic allowed to tear away at my esteem, for I, just like my teens, just like you, was fashioned by God.

I meet my eye in the mirror and smile back at another glorious creation, a Divine statuette. 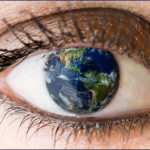 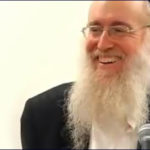 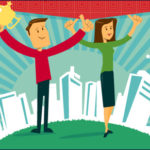