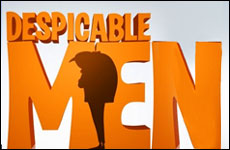 What drives the rich and famous over the edge?

Years ago I was backstage at a rock concert. The band, on a sell-out stadium tour, was hosting an after-show party for a few hundred friends and fans. Loud music, tons of food, and an electrifying energy filled the room. The place was on fire.

Then suddenly it happened. The band’s bass player picked up a carton of milk and flung it across the room. It hit the wall and exploded, splattering milk onto dozens of stunned revelers.

Everything immediately stopped and we turned to face the culprit. Without missing a beat, he smirked and cocked his head back as if to say, “Whadya gonna do about it?” and erupted in a laugh.

Nobody uttered a word. The party resumed. Everyone somehow accepted that fame had made him immune to normal standards of behavior.

I thought about this recently when the news hit that Dominique Strauss-Kahn, director of the International Monetary Fund, was arrested for allegedly raping a hotel maid; only days earlier Arnold Schwarzenegger admitted to fathering a child with a former member of his household staff. And it seems that every day a different Congressman is getting caught in some state of undress.

What makes rich and powerful men act so despicably?

Of course each of these individual's are responsible for their actions, but I think society helps to enable such behavior. Day in and day out, the regular rules that apply to us mere mortals are suspended. The rich and famous are whisked through a line at the airport, or indulged by a sympathetic cop who looks the other way at an impropriety.

Psychology Today describes: "Your entourage forms a protective buffer around you, pumps up your ego, and insulates you from daily reality and responsibilities. You begin to believe the rules don’t apply to you. Other people bend the rules for you because you are a celebrity.”

One young woman told me about her experience as a summer camp counselor. She was assigned a rather unruly group, made all the more difficult by one girl who had a reputation in prior years for stealing. The girl was allowed back to camp only on condition that there be no more incidents; otherwise she would be sent home. And sure enough, this girl was caught red-handed stealing. So what did the camp administration do? They let her stay. Because her parents were wealthy donors who supported the camp’s parent organization.

This girl learned an important lesson: She doesn't have to take responsibility for her poor behavior. She learned that when backed by wealth and power, the rules will be bent.

From there it can be a slippery slope. When bad behavior is overlooked, self-control begins to weaken. Extrapolate this over time and the likelihood increases of more serious indiscretions. The singer Ray Charles was addicted to heroine for 20 years because nobody had the nerve to insist that he stop.

The Torah offers a remedy.

Deuteronomy 17:18 tells how a Jewish king was required to keep a Torah scroll by his side at all times. (This scroll was actually written in miniature and attached to the king's arm.) A king, of course, has tremendous power: to collect taxes, confiscate land, and even order executions. With nobody "above" to rebuke him, there is great risk of arrogance and abuse of that power. So this Torah scroll served as a hedge, a safeguard against regarding himself as beyond reproach. The scroll was a constant reminder that it is God Who provides wealth and power – and that God is the true King above all.

Power corrupts, unless you possess the tool to prevent it.

In fact, this idea of restraint is the very essence of kingship. The Maharal (Avot 4:17) explains that the kabbalistic notion of Malchut (“Kingship”) refers to perfection through self-control. Just as a king dominates and controls his people, so too we are enjoined to exercise mastery over self.

So while Lord Acton famously said, “Power corrupts, and absolute power corrupts absolutely,” I would add: unless you possess the right tool to prevent it.

The Torah is our tool. Its values form a rock-solid, external gauge, preventing us from justifying bad behavior on the grounds of entitlement or power.

A friend of mine was the victim of a major business scam. Some folks used fake accounting records and a tangled web of lies to try to steal from him millions of dollars and literally bankrupt him. With a wife and children to support, and bills to pay, my friend went from being a successful businessman to fighting for his life. When he sued, the other side put him through three years of grueling, non-stop legal wranglings, again with the aim to destroy him. Finally, justice prevailed and my friend was awarded a hefty settlement check.

Except for one thing. The other side made a mistake, and the payout my friend received was slightly larger than was coming to him. Certainly he could have convinced himself of a justification for keeping the money; after all, these people had dealt with him in the worst possible manner. But since my friend is striving to live according to Torah values, and the Torah says, "Don't steal," he sent the surplus funds back with a cordial note.

The Talmud quotes God as saying, “I created the unlimited capacity for human desires. And I created the Torah as a counter-balance.” Given our innate desire to bend the rules, the odds of consistently making the “right choice” are highly stacked against us – if not for the Torah’s benchmark to check against.

On the outskirts of Paris sits a bar of metal, kept in a triple-locked vault. It is the International Prototype Kilogram, the standard by which all other weights are measured. But there’s one problem. The metal in the bar is eroding, ever so slightly; over the last 100 years it has lost 50 micrograms (the approximate weight of a grain of sand). This breakdown in the universal standard threatens to impact science, manufacturing and trade.

If we are committed to Torah, at least we stand a chance.

When it comes to ethics and morality, the Torah is our constant. Its laws are immutable. For while the affectations of our lives may vary over the generations – from papyrus to iPad, from horse-and-buggy to a thousand-horsepower Bugatti – the essence of human nature never changes.

This week is the holiday of Shavuot, the anniversary of our receiving the Torah at Mount Sinai. The 49 days leading up to Shavuot are when we count the Omer. The kabbalists explain that each day of the Omer is associated with one of the seven sefirot (Divine metaphysical energies); likewise each week of the Omer emphasizes one of these same seven sefirot – creating 49 permutations. Each of the 49 days represents a unique dimension of one’s character that can be improved and developed. The 49th day, the final day of counting which leads directly into Shavuot, is Malchut sh’b’Malchut – the pinnacle of self-control.

Strauss-Kahn, Schwarzenegger and all the others got into trouble because they lacked a solid benchmark to gauge their behavior against. And without that, they failed to adhere to the core of true kingship – restraint and mastery over self.

Everybody has struggles. No one is perfect. But if we are committed to Torah, at least we stand a chance.

A Tribute to Margaret Thatcher

Judgment Day on Wall Street
Adam and Eve Were Vegan
Bechukotai 5782: Divine Retribution
Behar 5782: Working to Live or Living to Work?
Comments
MOST POPULAR IN Society
Our privacy policy