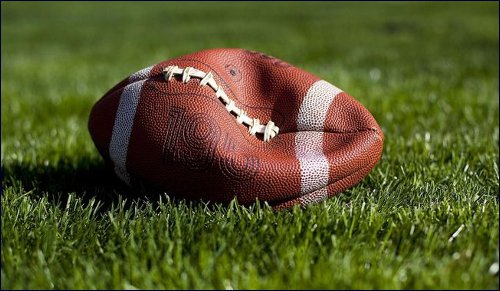 Why doesn’t everyone come right out and say they cheated?

Even if you’re not a football fan, it’s hard to escape the latest revelations. It seems that in the AFC Championship game, the New England Patriots deflated the balls in order for their quarterback, Tom Brady, to get a better grip in the cold, rainy weather. (Okay, the league is still investigating but almost everyone believes it to be true.) This is “against the regulations.” While all the pundits and players (including the losing Colts) acknowledge that the Patriots would have won anyway (It was 45-7 after all!), that seems to me to be missing the point. Why doesn’t everyone come right out and say they cheated? Isn’t that the right word for it? And why do we tolerate it? Why kind of message does that send to fans, both young and old?

Cheating has become rampant in high schools and colleges across the country with new scandals hitting the paper on a regular basis. Who is going to tell these kids it’s wrong when they see their heroes cheat and get away with it? At least in schools the penalties are still serious. Kids may get expelled from college. That’s a real consequence.

In the NFL, the Patriots face a relatively small fine and a potential loss of draft picks. Why aren’t they expelled? Why are they still given the chance to play in the Super Bowl and even be this year’s winners? Does that seem right? Does the possibility of a “good game” trump all?

Roger Goodell has had his plate full this year – what with the domestic abuse and child abuse perpetrated by some of the players in the league – but cheating is not a trivial issue. It goes to the heart of character. And a society that tolerates (actually indulgently chuckles about it) cheating among its star athletes shouldn’t be surprised to see many of them get into more serious trouble.

And I don’t just blame the league; it is really the fault of the fans who don’t seem to let anything – not concussions and brain damage, not knocking your wife out cold in the elevator, not cheating to win the championship game – diminish their enthusiasm for not just the sport but the league itself. As long as football continues to be one of the most popular and profitable TV airings, nothing will change.

As I’ve mentioned in the past, I’m a football fan and, although I was rooting for the Colts to win (!), I respect Tom Brady’s skill as a player and am willing to concede that the Patriots outplayed their opposition. That actually makes the cheating worse. They, presumably, could have won on their own with their own skill and now, besides the effect on society, their win is tainted (like Barry Bond’s home run record!)

It’s time to stop with the euphemisms and call out cheating (and cheaters) and to demonstrate a lack of tolerance by imposing serious penalties. We owe it to the players who follow the rules, to the fans and to all of us who know and deserve better.

Let me clarify again -- I am not accusing the Patriots of definitely cheating. I am merely reflecting on the acceptance of cheating in our society at large -- from the academic arena to propfessionals sports and beyond -- and wondering if greater penalties would lead to greater deterrence. And also, perhaps, if football fans should stand for something more than the pleasure of the game, and vote with their feeet and their pocketbooks against even the whiff of scandal.

Hope is in the Air
Scientific Curiosity and the Divine Encounter
Mind Over Milkshakes
Love the Convert
Comments
MOST POPULAR IN Family
Our privacy policy
Aish.com Is Looking for Great Writers