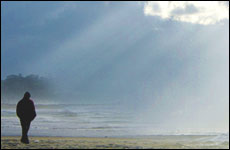 Learning the lesson of respect and Jewish unity from my dear friend Yechezkel Fox, of blessed memory.

Half a century ago, kosher matzah was not something the Jews of England took for granted. In fact, every year the London Beis Din took out a full page ad in the London Times warning that Rakusen’s matzah, the most widely distributed in the country, was not kosher for Passover.

Then Leslie Fox bought the company.

With the ink barely dry on the contract, Mr. Fox called up the London Beis Din. “Send over a rabbi,” he said, promising to do whatever was necessary to make his product kosher. The next Passover, the ad appearing in the London Times trumpeted: This year you can eat Rakusen’s matzah! 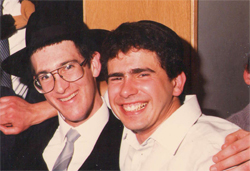 Yechezkel (right) at the author’s wedding.

How many thousands of people ended up eating kosher matzah because of one man? And what kind of son grows up in the house of such a father?

Charles Fox was the heir-apparent to his father’s expanding kosher empire. But that path remained forever the road not taken. Instead, his quiet fishing expeditions and leisurely walks through the British countryside left his mind free to ponder the meaning of life and the nature of the universe. One day he told his traditional parents he was going to Israel to study in yeshiva. Like so many others, they thought he had gone mad.

He would spend the rest of his life pursuing his passion for learning Torah, teaching others and inspiring them to return to the traditions of their people.

By the time I met Charles he had taken his Hebrew name, Yechezkel. Soft-spoken but fiercely determined, light-hearted but deeply passionate, Yechezkel took a sincere interest in everyone, seeing the best in them and attracting them like moths to the warmth of his good humor and winning disposition. In our small yeshiva, it didn’t take long for us to form a friendship that would last nearly 30 years.

When Yechezkel and I were senior students in our yeshiva 25 years ago, each of us grappling with stir-craziness as we suffered through one unsuccessful shidduch date after another.

Near the desperation point, we had asked our rabbi if Jewish mysticism held any answers. He replied unhesitating that we should go to Amuka, the burial site of the Talmudic sage Yonason ben Uziel near Tzefat, to pray for divine intervention.

And so we headed out one stormy December morning, indifferent to both the elements and the incredulous stares of drivers from the windows of their passing cars. As we turned off the highway and onto a rough asphalt road that led up into wooded hills, the torrent became a downpour, then a shower, then a sprinkle, then scarcely more than a mist that danced around our heads.

The sky remained overcast and our clothes stuck to our skin, but our buoyed spirits lifted our feet and carried us as if on the wings of eagles. While we hiked along we reviewed the Talmudic discussions we were learning in yeshiva, exchanged insights into the weekly Torah portion, debated fine points of Jewish thought, and rebuked one another for the slightest deviation from topics of sanctity into matters of the mundane.

An hour later, we broke through the forest into a wide, uneven wadi from whose rocky ground sprouted up a concrete monument. We began our respective recitation of Psalms, neither of us feeling any sense of hurry. Uncertain that we could make it back in time catch a minyan, we decided to say the afternoon prayer then and there. At the very moment we took three steps forward, the clouds broke open for the first time all day, and sharp rays of sunlight set the hills ablaze.

I met my wife the next night. Yechezkel met his wife, Yael, two weeks later.

I met my wife the next night. Yechezkel met his wife, Yael, two weeks later. They were married two weeks before the yahrtzeit of Yonason ben Uziel, whose love of Torah study convinced him to never marry, and who came to regret his decision by the end of his life.

It was a classic story of Yechezkel, for whom the natural laws of cause-and-effect regularly seemed to step out of the way. Before his marriage, coming home from Israel to visit his parents during intersession, he brought with him the minimum supply of scholarly tomes necessary to survive his three-week vacation. The overweight luggage charge exceeded the cost of his plane ticket.

The airline rep looked from Yechezkel to the numbers on his scale and back again. “Give me five pounds,” he said, “and we’ll call it even.”

Like most Jewish functions, Yechezkel and Yael’s wedding did not start on time. When the ceremony failed to materialize before sunset, the ketubah had to be rewritten to account for the different Hebrew date. A few days later, they noticed the inscription on Yechezkel’s grandparents’ silver candlestick holders: they had been married on the same Hebrew date as Yechezkel and Yael.

Seeing the Best in Others

My favorite memory of Yechezkel goes back to a time when he learned a new insight that gave him such raw pleasure he repeated it over and over to anyone who would listen:

Why, he would ask, did the Creator place within man such a limitless capacity for twisted thinking? Why should human beings possess such a penchant for perverse reasoning and self-serving rationalization?

So that we can always find a way to give others the benefit of the doubt! If we can draw on such inexhaustible wellsprings of creativity to justify our own behavior, certainly we can fabricate equally creative explanations to favorably judge others. Of course, for Rabbi Yechezkel Fox such an epiphany seemed entirely superfluous.

A month before this Passover, Yechezkel began to feel sharp pains in his abdomen. Six weeks later he passed away, victim of a particularly virulent form of cancer. He was 51 years old, and had just attended the wedding of his oldest daughter, arriving by ambulance and with great effort walking without the assistance of a wheelchair. The loss of one who never had an unkind word to say about another, and who always strove to see the best in others, is a tragedy for all of us.

At least once a day use your powers of rationalization for the good, to make excuses for others rather than for ourselves.

During these days between Passover and Shavuot, we mourn the 24,000 students of the illustrious Rabbi Akiva, all of whom died because they failed to accord adequate respect to one another, because they never translated their scholarship into sufficient refinement of character. But it was during the same era in history that the Jewish people suffered the tragedy of the ten martyred sages tortured to death by the Roman government. The suffering we bring into the world when we mistreat our fellow Jews is not limited to ourselves: it extends to our leaders and to the righteous in our midst. When we fail to take inspiration from those exceptional individuals among us, we lose the opportunity to be inspired by them altogether.

By remembering those we have lost, however, we keep them very much alive. And so, for the next week (or month, or for the rest of our lives), let us resolve at least once a day to use our powers of rationalization for the good, to make excuses for others rather than for ourselves, to search for the best in those around us, especially when there seems to be no rational defense for their actions.

By doing so, may we take a first step toward finally learning the lessons of respect and Jewish unity; may we thereby merit to see the era of eternal peace arrive speedily and in our days, when all the mourners of Jerusalem and Zion will finally be comforted. 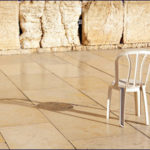 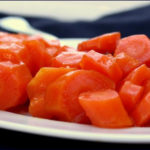 From the Top of Masada1 min read