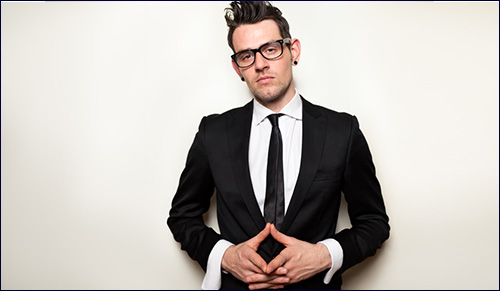 Is it superficial or is my daughter dating a real jerk?

My daughter's fiancé is rude quite often. He seems to lack knowledge of the basics, like saying "thank you," and consistently interrupts others when they are speaking. We think it has much to do with his upbringing. My daughter has been with him for quite awhile so I guess she doesn't mind all that much. I would be interested in your thoughts on this. Thank you.

My first thought is (probably like yours!) that there is no excuse for rudeness. Even if his parents were neglectful in that area, if he would look around the world, it seems hard to believe that he hasn’t noticed that his behavior is out of sync with the rest of the “civilized” world.

In general, I am a big proponent of keeping your mouth shut but in this case, particularly since they aren’t married yet, I believe you may want to speak up.

I see (at least) two possible areas of deeper concern:

Someone who never says thank you and constantly interrupts isn’t just rude. They are completely self-centered. Clearly their conversation is much more important than that of the current speaker. It is all about them (or in your daughter’s situation, him). Why say thank you when you believe it’s all coming to you? This is such a fundamental lack of gratitude and appreciation for others. Neither of these qualities are a good foundation for a lasting marriage.

Additionally, if his upbringing lacked such basics of common courtesy and decency, I would be concerned about what else it lacked.

The key to success with your daughter will be in your approach. Reassure her that you will support her, whatever her decision and that you will love whomever she marries. Then, lovingly and gently, begin to explore your concerns (and pray for the right words). Make your point, then stop and let her process. Don’t keep repeating it. You have done your part. The rest is up to her.

My 19-year-old daughter is away from home in her junior year at a Liberal Arts College. All is going very well in her life, she’s very mature and responsible with her school and work, except for the fact she has chosen to experiment with a promiscuous lifestyle which she informed us about during the holidays. Not only that but she now writes a blog about her escapades for the school paper.

My husband and I expressed our concerns about the negative consequences her choice would bring to her life, while simultaneously demonstrating our unconditional love. We do not judge her or feel embarrassed because of her; we only pray she will change her path sooner rather than later. My mother, on the other hand, has judged her severely and has shunned her from her home, The whole family is torn in half by this: my parents, sisters, cousins, including our two younger daughters (16 and 12). She went back to college after the holidays without any desire to return home although we still speak regularly and remain very close to each other. I don't know how to balance my obligation to honor and love both my mother and daughter unconditionally. This makes me profoundly sad, how should I approach this?

You are choosing the only path a truly loving parent can choose with their child and I respect and admire you for it.

It is not a lack of love or honor for your mother to recognize that she has chosen a destructive path. Judging your daughter and pushing her away from her family will definitely NOT lead to any desire to return on her part. It may even work to push her to pursue this lifestyle more aggressively.

You need to do what’s best for your daughter and maintain an open home and heart. And you need to stand up to your mother, tell her how hurtful her behavior is, and ask her to stop.

If she is incapable of keeping her mouth shut around her granddaughter, she should not be invited over when your daughter is home.

Unlike the fiancé in the previous letter, you have rejected the harsh upbringing of your parents for a more loving one.

In Ethics of Our Fathers, we are taught that any love that is dependent on something (i.e. conditional) won’t last; only unconditional love will. The love a parent (or grandparent!) has for a child should be the latter and lasting kind.

The Girl for Me

I am from a secular reform family. My Jewish education is comprised of my Bar Mitzvah tutoring, a 6-week summer program at Aish HaTorah, and occasional study sessions and lunch and learns. Several years ago I met a modern orthodox girl. She has the most beautiful neshama (soul) I have ever seen. At the time I had no idea how to deal with these feelings so I just tried to push them away. Now I am at a much more observant place in my life, however not where I want to be yet. I want to say something to her father, but I have no idea what to say, and every time I try to approach an observant friend of mine for advice, I clam up.

I understand the basics of dating in religious circles: no touching and it is short term to decide if you want to get married. I am learning lampworking, and want to be a glass artist for a living in Israel. I don’t know if he would be okay with his daughter potentially marrying an artist who only has an associate’s degree, deals with clinical anxiety that has kept me from completing a 4 year degree after 9 years of trying, and has to take medication. I have a trust fund and a portfolio with about $150K to support myself until I can get established. How do I approach him and say how I feel, and ask for his permission to date his daughter?

I understand why you are! That is a lot to handle in one email – and probably a lot for a potential father-in-law as well.

If you decide to pursue this further, I would NOT recommend approaching the father directly. You need to find someone in the community – a friend, rabbi, matchmaker – who can broach the topic with the father. It is much less awkward for everyone that way.

That said, I must be frank and suggest that you have a few strikes against you. At the moment, your ability to earn a living is limited and it’s unclear what the future potential is. Without having a prejudice against artists, most fathers would prefer a steadier source of income. The father has never met you and has no reason to be predisposed in your favor.

Additionally and unfortunately, I think the anxiety is an even more problematic issue. You yourself acknowledge that it as “kept me from completing a four-year degree after nine years of trying”. That is a complicated scenario for parents and a young girl to walk into and it will take a very special young girl and parents who can both see past that to your own “beautiful neshama” and will have the patience and ability to deal with your unique challenges. It may happen but I think you need to recognize that it is unlikely.

That doesn’t mean you should give in to despair. There are many girls out there who would be kind and loving and open to your situation, as well as many people (like the friends, rabbis and matchmakers alluded to above) who would work on your behalf to find such a girl.

In general, it is not a good idea to fixate on one girl (especially one you don’t know that well) and assume that she is the only one for you. Put yourself out there, open yourself up to other possibilities and I’m confident that the right one will come your way.

Au Pair in the Home: Should I Trust My Husband?