Three common dating mistakes that can be fatal to a life-long relationship.

An excerpt from the SpeedDating book.

The first step to SpeedDating is consciously committing to finding a long-term, meaningful relationship -- and not settling for less. If you ask many people if they're thinking of a long-term commitment with the person they're dating, they'll say, "No, no, we're just dating." You meet them three years later and they're saying the same thing.

For the SpeedDating process to work, dating must be seen as a vehicle for achieving a life-long committed relationship.

But couldn't we assume that almost anyone reading this is looking for a meaningful, lasting relationship? Certainly, yes. Yet you may be dating in ways that have little chance of success. You may be falling victim to faux-relationships that seem headed in the right direction, but in fact are not. We like to say that these relationships craft half of a life-long relationship -- the long part! Long-term faux-relationships are common time-wasters and heart-breakers because they typically last eight months to three years, but never held the potential for lifelong commitment.

Let's examine a few such scenarios to help identify and avoid them in the future.

Shapers try to change the person they're dating into someone he is not in order to make the relationship work. When Shapers encounter a deal-breaker situation in a relationship, they believe that if given just enough time and persuasion, the other person will change. Typically Shapers believe the relationship is perfect except for "just" one thing.

Jane is a classic Shaper. When we met Jane she was dating John. Jane admired John's intelligence, sense of humor and strong work ethic. She believed they were perfect for each other. There was just one problem -- John's consuming passion for sport car racing. When he wasn't working, John spent the majority of his time devoted to his hobby -- either at the racetrack or at home working on one of his many cars. Jane disliked everything about this hobby. Cars didn't interest her and she especially hated going to the track, where her emotions ranged from bored to terrified.

Instead of recognizing this deal-breaker situation, she tried to change reality.

She figured that John would outgrow this hobby someday. She certainly couldn't imagine marrying someone who spent his life devoted to car racing. She bought John a tennis racket and lessons at the local health club. When he didn't develop an interest in tennis, she bought them both mountain bikes and would regularly suggest that they go for bike rides. For over 18 months Jane tried to pull John away from his passion, with no success. Instead of recognizing and dealing with this deal-breaker situation, Jane continued to try to change reality.

There's nothing wrong with exposing a potential partner to areas of your life to see if they, too, will be interested, but it's unhealthy and unrealistic to try to mold a person into something he is not.

Had Jane been SpeedDating, she would have handled the situation differently. When she discovered that John, as wonderful as he was, was essentially married to a hobby she despised, she would first look within herself to see if in fact it was a deal-breaking situation. If it was, she would have explored for a limited time the possibility that he might be open to expanding his interests beyond car racing. Once she saw that he had no desire to do this, and if it was a true deal-breaker, she would have accepted that reality and broken off the relationship.

Holding onto the fantasy of the other person changing carries a great price in time and heartache.

Whenever we suggest this approach to a Shaper, the immediate question asked is: "But what if he changes after we break up?" Our answer: he probably won't. If he does, you can re-evaluate and perhaps re-start the relationship. But holding onto the fantasy of him changing carries a great price: time, heartache, and -- for women who want to have children with a committed partner -- fertility.

The trap Shapers fall into is the mistaken belief that either they or time have the power to change someone. Many Shapers hold on to their fantasies because they lack confidence that they will meet someone as "great" as their current boyfriend. The reality is that while the Shaper is desperately holding on to a relationship destined for failure, Mr. Right may be passing, undetected, through her life.

Shapers are typically women. It is well known in traditional Jewish circles that women have a special ability to understand men (especially their significant others) and exert influence over them. This special ability is called, bina. The negative side of this quality of bina, is that women sometimes come to believe they can change someone who is not open to change -- and hence a Shaper is born.

Another common mistake is to fall into what we term a "default-relationship." These occur because people mistakenly believe the myth in our society that you must completely enmesh yourself in a relationship to obtain the insights and information you need to make a commitment.

This myth is very dangerous because it clouds the point at which the "dating" stops and a "relationship" begins. By the time Defaulters figure out that the relationship is not right, they are so enmeshed with and invested in each other, they either feel an obligation to continue the relationship or they don't have the strength of character to leave it.

When Paul and Ann began dating, there was an immediate attraction. Paul was a struggling actor and Ann a physician's assistant. Within a couple of weeks they were seeing each other almost every day and within a few months were fully entrenched in each other's lives. A couple of years later Ann began suggesting they get married. By this time Paul felt an obligation to marry Ann because she had been supporting his acting career for the past year. Intuitively, however, he sensed that they were not right for each other. He'd had this sense for the past year and a half -- but living with her was so convenient, he kept procrastinating.

As he walked down the aisle at his wedding, he sensed they would end up divorced.

They did end up getting married, having a couple of children and then divorcing. Paul confided to us that as he walked down the aisle at his wedding, he sensed he and Ann would end up divorced.

While this story is extreme, the point is clear: Paul and Ann began a serious relationship before they had decided that they were right for each other. The extent of Ann's giving to Paul was well out of proportion to the commitment Paul had made to her and Paul never made the conscious decision of wanting to be in a relationship with Ann -- it just happened.

SpeedDaters date with one goal in mind -- to gather the information and insights they need to make a decision about whether to commit. SpeedDaters use the SpeedDating tools to collect this information, instead of enmeshing their lives with another before a commitment to the relationship has been made.

Carol, at age 45, still dreamed of finding a committed relationship. However, she had known from the start of her past two relationships that they would never last. Her current boyfriend, Don, was fun to be around but had serious lapses in responsibility. He had filed for bankruptcy, still had debts and had no plans to change his free-spending behavior. Carol knew she would never lend him money, let alone believe the relationship had any real hope for commitment.

When Carol attended a SpeedDating seminar, she was shocked to realize that if she followed SpeedDating principles she would not have dated her previous boyfriend, or the man she was seeing now. "And if I hadn't dated them, then I wouldn't have had a relationship for over six years!" she said with horror.

Cynics don't believe there is a better relationship out there and that they can find it.

Implicit in her statement is the classic Cynic assumption that these short-term relationships, or "companionship relationships," as we call them, are better than risking being alone, holding out for the right relationship. On a certain level, Cynics don't believe that a third option exists -- that there is a better relationship out there and that they can find it.

Choosing the short-term companionship of a relationship void of any hope of long-term commitment is not SpeedDating. If your goal is a relationship that lasts, cynical thoughts, comments and actions won't bring you any closer to your goal. If you see patterns of the Cynic within yourself, remember that SpeedDating has worked for people of all ages and stages.

Yaacov Deyo is a graduate of Harvard College, where he studied physics and economics. He received his rabbinic degree from Aish HaTorah in 1996. He is a founder of SpeedDating and Jewish Impact Films, and is presently the Managing Director for the Jewish Enrichment Center in Manhattan. 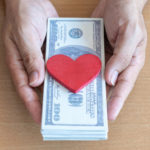 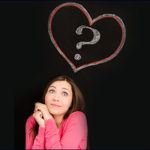 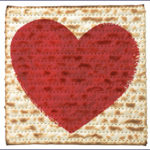 He's the One5 min read

Finding The One5 min read