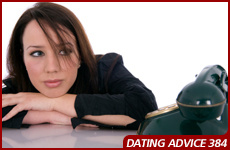 I keep meeting guys who say they’ll call – then don’t. Are they all that way?

I've been divorced for a number of years and would like to get married again. It seems to me that the dating situation has deteriorated over the years – and I’m not just saying this because I'm getting older and the pool of available men is smaller.

In the past few months, I’ve met a number of different men, gone out on dates with several of them, and have never gotten to a third date.

Recently, a man asked me to message him on Facebook. A few days later I did so, saying that I was going to a Jewish event that night. He called me, offered me a ride, and the evening turned into a date. He took me to dinner after the program and we had a very nice time together. After this, he called and we spoke on the phone almost every day. He kept saying we would go out again, but never made plans to see me. Eventually he stopped calling me, which hurt.

A few weeks later, a male acquaintance and I were both guests at a holiday meal and enjoyed some great conversation together. We later spoke on the phone for 45 minutes to set up a date for the following week. He said he'd call me on Sunday to confirm plans – but never called. Where is the common courtesy?

This is very frustrating. What is the deal with men today? I'm losing faith that I'll ever get married again and I don't know what to do anymore.

We understand how disappointing and frustrating it is to expect a man to follow up on plans and then never hear from him. When this keeps happening, it's easy to get discouraged and lose hope that you'll ever meet someone who wants to build a relationship that leads to marriage. But be assured – there are good men out there who want the same things as you, and we have some suggestions to make it easier for you to meet the right one.

On the surface, it seems as though the two men you described have a phenomenon called "approach avoidance." This results when an individual has mixed feelings about a goal – in this case being in a relationship or getting married. Part of him genuinely looks forward to the love and companionship of marriage. But part of him is afraid. He may worry that things might not work out, or that he won’t be a good husband, or that the woman won’t like him when she finally gets to know what he’s really like, or that he'd have to disclose something he'd rather keep secret. Or he may feel under pressure to look for a wife even though he is unsure if marriage is something he really wants.

He may be afraid to disclose something he'd rather keep secret.

Any of these issues can lead him to take steps toward marriage, and then to back way, either by avoiding the follow-through or by somehow sabotaging things – so that he is “prevented” from achieving what he “says” he wants to accomplish.

For example, a man with this problem might make arrangements for dinner and then show up at the restaurant an hour and a half late without letting you know in advance. Or he might telephone you to talk about plans, get a busy signal, and say to himself, “Well, I tried to reach her,” with an unconscious sigh of relief that he couldn’t.

Approach-avoidance could be the reason why these men have seemed genuinely interested when speaking with you, and even set up tentative dating plans – but then dropped the ball.

People who have this problem (and yes, there are "approach avoidant" women as well) typically don’t intend to be inconsiderate. They often know they are ambivalent, but they’re not prepared to reconcile the tension between desiring a relationship and the fear blocking them from moving forward. And until these issues are addressed – either on their own or optimally with the help of a therapist – this pattern of approach-avoidance will continue.

If you see this pattern with other men you've dated, it could be that you are ignoring certain signs of “approach avoidance.” It’s easy to miss the early warning signs, because at first such a man may flirt with you, engage in active conversation, and display great interest. It’s what happens afterward that gives him away:

Any of these may well be signs that he's experiencing conflicting feelings – and that the negative ones are prevailing over the positive ones. This is certainly the case if, later in a courtship when things seem to be going well, he does something to sabotage things before the couple moves to a deeper level of conversation and trust, or if he repeatedly breaks up and reconciles.

So here is our advice: If you have just begin to date a man, and you realize that he is approach-avoidant, we think it’s best to quickly leave the situation and move on.

It’s harder to break away when you’ve already developed emotional feelings for him.

It’s harder to break away when you’ve already developed emotional feelings for him and then he begins to pull back or self-sabotage. In that case, we suggest that you speak with him about your concerns and ask if he will agree to address it with a therapist. Usually, he’ll deny there’s an issue, or may admit he has a problem but avoid dealing with it, or break up with you before you have a chance to break up with him.

Be warned: It is very rare for a man to confront his problem and see a therapist. When he does, it’s primarily because he’s been thinking about doing so for a while, and less because you asked him to get help. That’s fine, because the motivation for therapy has to come from within him. Nevertheless, it’s important for you both to understand that therapy will take time and that there are no guarantees that your relationship will move forward.

We want to explore the possibility that there are other explanations for what has been occurring with your dates. It's possible that you’ve thought things were going better than the man did, and he really wasn't interested in continuing but felt pressure from you to continue. Or, you may have been overly eager or enthusiastic, or opened up with very personal information with someone you were just beginning to get to know. This can easily scare off a man, even if he has great potential. Men generally like to be the pursuer and to set the pace in a courtship, and will shy away when a woman does this instead. And many people of either gender can feel uncomfortable when an almost-stranger starts to confide in them before they’ve built a degree of connection and trust.

We agree with you that a man who says he'll be calling to arrange or finalize plans for a date should be courteous enough to let the woman know that he’s changed his mind. All it takes is a single call or voice mail: "I thought it over and don't think it will work out.”

You may want to read our Dating Maze article, “8 Rules for the Next Date,” with suggestions for how to be more considerate of dating partners.

We urge you not to give up on your goal of getting married. There are some excellent men who are also looking for love and commitment, and we hope that you will soon meet the right one for you.