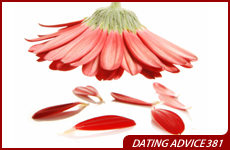 Should I move to Israel to reclaim my love or am I chasing a dead end?

I am a 22-year-old Jewish woman. About a year ago, I met an Israeli man while we were both traveling in South America. I had been in relationships before, but this was unlike anything I ever imagined. We spent days together in fun and deep conversation. I got to know his friends and, even with the slight language barrier, it was like we’d known each other for years.

I thought things might end when their group had to move on to the next city, but he stayed behind with me until he had to catch his flight back to Israel. He said he loved me and promised that one day we’d get married. If anyone else had said that it would have sounded absurd, but with him it felt right.

After staying in touch long distance and talking every day for five months, I visited him in Israel and had one of the best experiences of my life. We were together constantly for almost a month, and I never got tired of him. It only confirmed for me how compatible we were on so many levels, including what we wanted for the future.

I saw how compatible we were on so many levels.

I have never felt so supported by someone, and he was the first person in my life that never disappointed me. For example, he always kept our "dates" on Skype and he gave up a summer internship so I could visit him.

That's why I was shocked when, about a month after I returned from Israel, and seven months since we met, he broke up with me. He said he still loved me, but that not knowing when we would be together again was too depressing for him. It wasn't something we could easily resolve – he was starting college in Israel, and I am finishing school in the U.S.

I didn't take the news well. I became very depressed for months, but I was able to get better partly by becoming involved in the Jewish community at school. I tried to tell myself that he was brought into my life so I would become closer to Israel and Judaism, but I never forgot the feelings I had for him or how happy I was when we were together.

After about seven months, I started developing feelings for another man and thought this was a sign that I was moving on. However, this new relationship only reminds me of what I am missing. I am worried about my romantic future, given the knowledge that I found my soul mate and lost him.

Should I contact him and express my feelings, or will that only make things harder for both of us? His options are limited since he is in school in Israel for three more years. Yet I am graduating soon. If I am going to make a life change for him by moving to Israel, it may as well be now. I am afraid I am being naive, but I don't want to regret losing him forever, either. What do you advise?

It's hard to move on from a break-up with someone you believed was "The One." Even when you think you're moving forward and are ready to start dating again, memories of that former love break through from time to time, and remind you of what you once had. What you are going through is a very common experience and a normal part of the mourning and recovery process.

So was the difficulty you had accepting the decision to end this relationship, the depression you went through, and your conscious effort to move past it by finding a reason why he came into your life and channeling your energies in an enriching and productive direction. In fact, what you chose to do is a good model for others who have gone through a similar experience.

Even though you've done all of this, you're still not over him, and you wonder if this means that it's a good idea to try to resurrect the relationship. You have a lot of good reasons to want to try – you had everything going for you, except for timing and distance. Now that moving to Israel is an option, you wonder what to do.

We think that the situation is much more complicated that it appears. It seems that you and this man were relatively young when you met – you were in college, he may have been on a post-army trip. Young relationships are beautiful and full of promise, but they often don't last because one or both people still have a long way to go before being ready to commit and settle down.

He said it was too hard for him to deal with being apart for so long, but there could have been other reasons he didn't share with you. Seeing each other every day, all day, may have overwhelmed him, and he needed to process his thoughts and feelings afterward. He may have decided that he needed more life experience before knowing if you were really "The One."

He never contacted you, or left the door open to reconnect in the future.

Alternatively, he may not have wanted a long-term relationship. He didn’t leave the door open for reconnecting in the future, even though he knew you were finishing school in a year. And he hasn’t been in touch with you to tell you he misses you or that he might be changing his mind. It seems to us that, for him, the relationship has really ended and he expects you to move on.

That’s why we believe that even if you moved to Israel and eliminated the problem of distance, he still would not want to get back together. In addition, in the intervening months, you've clearly grown in some areas of your life, and he probably has as well. It's possible that even if his other reasons were resolved, you might find that you've outgrown each other or no longer want similar things out of life.

We suggest that, as painful as it is for you right now, you focus on moving on with your life. We hope you continue to connect more to Judaism once you finish school and begin looking for a job or planning for graduate school. Stay connected to your friends, make new ones, and explore ways to develop your creative side. Live a normal life and find ways to make it enriching, interesting, and fun. This will distract you somewhat from the pain of missing this man, and it will also help you gradually view life from a more positive vantage point.

It sounds to us that you're even ready to date, even if you aren't yet completely over this man. We say this because you started to develop feelings for someone else. It was a sign that you are moving on, even though you still have a way to go. It takes a while to get over a deep, loving relationship, especially your first love, and part of what you experienced will stay with you for a long time. But it will gradually fade, and we hope that in time you will resist urges to compare the person you are dating to this other man, and be able to focus on building something new with a person who has promise.

Remember what you told yourself when the wound was really fresh – that he was brought into your life to encourage you to form a deeper connection to Judaism. Try carrying this thinking a bit further by asking yourself how this relationship has helped you grow as a person, what you learned about yourself, and how it may have helped prepare you for when you meet the man you will marry. Perhaps you found out you could connect to someone deeply, you learned what trust and mutual support are about, you found yourself giving in ways you never expected.

We hope that, in time, you won't feel compelled to reconnect with this young man, and that you'll also find the right person to spend your life with. You may in fact decide to move to Israel – if so, base your decision on a well-informed and serious desire to make aliyah for your own sake, not for another person. You could work with Nefesh B'Nefesh to help make a good transition to another land, culture and language.