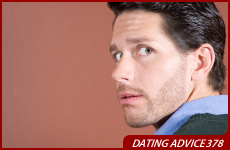 I am ready for marriage and children, but he’s not sure. What should I do?

Three months ago I met a wonderful man. We have a great connection and everything is going great. I'm 27 years old and he is 30. I want to get married and have children in the relatively near future. He "thinks" he wants to get married one day and is unsure if he wants kids. This is a deal-breaker for me.

I know we need to have a serious conversation about this, but I'm worried about scaring him away – especially since it’s only been three months. I'm worried I like him more than he likes me.

Also since this is his first relationship, I'm wondering if certain signs could be lack of interest or lack of experience. For example I don't hear from him for days, or until I write to him first.

If he shows real hesitation, should I dump him and find someone who wants marriage and children? I feel that we could be very happily married and I don't want to lose him. Should I wait for him in the hope that he will change his mind?

You and this man can't stay in this kind of limbo for much longer. You want your relationship to move to deeper levels and build a family, and he's not even sure if he wants to get married, much less have children. On top of that, you're feeling a stronger emotional connection to him than he seems to have toward you. You also seem to have taken on the role of “pursuer” in the relationship.

So we understand how you can be confused and wonder what to do next.

Ideally, it would have been better for the two of you to discuss how you feel about marriage and children at a much earlier stage in dating. Telling someone at the start, "I'm dating for marriage and prefer to date someone with the same goals" helps to avoid the frustration and heartbreak that can result when two people who have come to care for each other unsuccessfully try to change the other person's mind.

Many don't reach the traditional milestones of adulthood until much later than their parents or grandparents.

He wants you to forget about marriage for the time being, take things slowly, and just enjoy being a couple. You want him to turn the relationship into more than he's ready for, by building layers of trust, caring, and affection that will help you both move forward to a commitment. Your differences create tension and may likely contribute to the ambivalence this man feels about his readiness for marriage and children.

When he says, "I probably want to get married someday,” he is really saying, "I'm not ready to get married at this point in my life." This is a clear message that you are at different stages of life, even though you're close in age. A large percentage of 30-year-olds don't reach the traditional "milestones" of adulthood – marriage, home ownership, job stability – until much later in life than did their parents or grandparents.

And while in the past most people looked forward to raising a family, today many adults aren't sure they want the responsibility of having children and giving up significant portions of their time, energy, and financial resources to raise them. We view these trends as unfortunate, but that is the reality.

So even though you're ready to find good person to build a life and family with, you started dating someone who isn't there yet. Sometimes a person can re-think his readiness for marriage when in a relationship with someone he cares about and wants to be with long-term. It doesn't seem that the man you're dating is at that point yet – probably because he's not far enough along in your relationship to be thinking that you might be "the one" for him.

And if he feels that you're waiting with baited breath for him to have strong feelings for you, that may hinder him from ever developing them.

It's not uncommon for daters to become emotionally invested at different points in time. If you were to continue to date, his feelings might well catch up to yours. He may show eagerness to call you and send regular emails, instead of letting you initiate most of the communication. He may talk about your going together to events that are scheduled a few months from now, or discuss longer-range plans with you.

If the woman fawns over the man, he may pull back emotionally and even run away.

However, we don't think this will happen if you continue to "pursue" him, or if you let him know your strong feelings right now. Most men are uncomfortable when they sense that a woman has stronger feelings than they have for her. This can cause confusion about what they "should" be feeling at this point. If the woman fawns over them, tells them how much she cares about them, drops many "hints" about their future together, or asks "where is this going?" before they themselves know the answer, they may pull back emotionally and even run away. It usually works better to hold your feelings back until he starts to talk more about his ideas for the future or discusses his feelings for you.

That may take time. If this is his first relationship, he may be unsure about how to pace himself when it comes to opening up, building trust, displaying vulnerability, or recognizing emotions. He's also a "late bloomer" who may have had to work through a number of issues before being ready to develop a close personal relationship. He may still be grappling with some of them and until he gains more clarity he won't be able to think about readiness for marriage and children.

You also need to consider that even if you continue to date, and he does develop strong personal feelings for you, he may not want to change his attitude toward marriage. If he doesn't change, you'll feel frustrated and will have to split up because of this.

That's why we encourage you to talk to him now about this, even though this may trigger a break-up. You can ask him if he's willing to reassess his expectations about marriage and children. You can also ask him to consider talking with someone who can help him clarify if his ambivalence is due to wanting to wait a few more years to settle down, or because he has concerns, fears, or barriers about himself, relationships, or marriage that need to be addressed.

"We've spoken before about the fact that I am dating for marriage and you're not focused on it right now. I like spending time with you, and I like the connection we're building. But I think that in order for us to continue we need to be closer on the issue of marriage. Otherwise, several months from now, I could start to resent you for not wanting to get married and have kids, and you'll resent me for pressuring you to change your mind.

"I'm not asking you to decide anything about us as a couple. I think we have a way to go before that. But, I wonder if you'd be willing to think about at what point in life you might feel ready for marriage. Are there goals you want to accomplish, things you want to do before you will feel ready? And how long do you think it will take? If you have trouble seeing yourself as a married man, or as a father, would you be willing to speak to someone who can help you figure out why that is and what you can do about it?"

This will get him to think about his attitude toward marriage and to envision concrete steps he can take to make himself ready for a new stage of life. But that's all you can do – the rest has to come from him. Don't be surprised if he says he's content with the status quo and doesn't even want to think about change for a few more years. That will be a clear message that the dynamics of your relationship aren’t likely to substantially change, even if he becomes more attached to you.

And if he agrees to your request, he'll be embarking on a process that can take several months, or longer, to gain the clarity necessary to become ready for marriage and children. Are you willing to wait this long?

Finally, even if he eventually decides on the institution of marriage, there's no guarantee that you'll be the one he chooses.

Our advice is to have the talk and bring this situation to a crossroads. This will enable you to clarify if it is worthwhile to continue dating this man, or if it is smarter to end things now and look for someone who, from the start, shares your important life goals.

Dating Advice #9 - On the Rebound