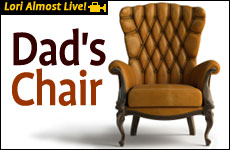 Have we forgotten what it means to give honor?

Ask the Rabbi/Psychologist: My Father’s Affair

A Face in the Window: A Father's Day Tribute
Near Death Experience Panel
The Western Wall: The Heart of the World
Ask the Right Question: Tisha B’Av
Comments
MOST POPULAR IN Family
Our privacy policy
Aish.com Is Looking for Great Writers