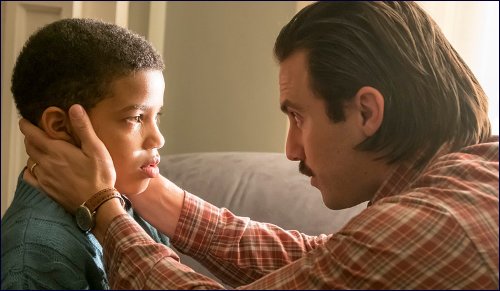 Millions of people love this new TV series because it makes them cry. What's going on?

It took a new TV series with stratospheric ratings to do it but suddenly crying has become fashionable.

The millions watching This Is Us have, according to newspaper accounts, “wept, sobbed and created a nationwide shortage of Kleenex” with their weekly sessions of copious tears after seeing show after show written with that express purpose in mind.

Here’s a short list of the kind of events viewers have been exposed to: A baby died at birth, an estranged father succumbed to a devastating battle with cancer, a man had a heart attack, several woman have been cheated on, a son was betrayed by his adoptive mother, and an adorable married couple might have split up. It was only the season finale that, quite unexpectedly, turned out not to be a tearjerker – and the fans were furious.

Somehow crying has become an attraction; we seem to crave the opportunity to “have a good cry.” And that begs the question: why? What makes tears something we seek instead of striving to avoid at all costs?

A Jewish answer can be found in the Midrash that asks, what is the origin of tears? When was the first time human beings cried? The response is edifying: Adam and Eve had just sinned in the Garden of Eden. Now they had to suffer the consequence for their disobedience. God told them they would have to leave their blessed home and no longer enjoy their divinely blessed environment. But as a sign of God’s love they were given a special gift so that they might bear their punishment.

Tears are meant as a blessing.

Together with their exile came this blessing: “I have driven you out of the Garden of Eden and now you are about to enter into a world of sorrow and trouble, the like of which staggers the imagination. However, I want you to know that My benevolence and My love for you will never end. I know that you will meet with a much tribulation in the world, and that it will embitter your lives. For this reason I give you out of My heavenly treasure this priceless pearl. Look! It is a tear! And when grief overtakes you and your heart aches so that you are not able to endure it, and great anguish grips your soul, then there will fall from your eyes this tiny tear. Then your burden will grow lighter."

Tears are meant as a blessing. It is fascinating that only fairly recently scientists have confirmed this rabbinic teaching. It is well known that tears can be identified as three major types. The first is the ongoing secretion to maintain the good health of our eyes. Second is the reflex response of tears to a foreign object when we “weep” until the foreign body or irritation is removed. Third come tears in response to emotion. The ability to cry such tears is unique to the human race. No other animals exhibit emotional weeping.

In 1994 the findings of a study of the chemical composition of different types of tears was published in the European Journal of Ophthalmology. The authors, X.D. Martin and M. C. Brennan, discovered that it was only in emotional tears that the body produced a significant amount of serotonin – the same chemical transmitter used in antidepressants like Prozac. God has instructed the body itself to help wash away our pain and our grief.

People thought that crying was unseemly, “unmanly”, a sign of immaturity. We made the show of feelings a shameful failing, a lack of strength. We acted as if heartrending moments of grief and expressions of natural sorrow were socially inappropriate. To shed tears was termed undignified.

In Jewish law mourners are urged to shed tears, just as Abraham came “to eulogize Sarah and to weep over her.” Contemporary wisdom echoes those who preach “Don’t let him cry” as well as the funeral directors who cosmetically beautify the body of a loved one to lifelike perfection – as if by mocking reality one can undo its decree.

I pity the father who was held back from viewing the interment of his daughter, only to be allowed near when a deceptive lawn-like cover was placed over the coffin. “Don’t let him cry,” said the comforters who came to visit during the week of mourning. So the conversation was constantly steered away from any meaningful discourse about the remarkable quality of an all too short life, to be replaced instead by simplistic prattle whose sole purpose was “to keep dad smiling.” Is it any wonder that the deceived father still keeps a child’s room exactly as she last left it, refusing to recognize the unalterable divine verdict? Can we possibly expect someone to cope with a loss he is not yet been forced to acknowledge?

Tears are meant to be therapeutic. The ancients understood. Jeremiah didn’t consider it beneath his prophetic dignity to pray, “Oh that my head were waters, mine eyes a fountain of tears.” King David readily confessed in his Psalms, “I melt away my couch with tears.” We pay the price for not allowing ourselves use of the gift the Almighty gave to Adam and Eve. At the urging of friends and our psychologically misguided advisors, we hold tears back when confronted with our own personal tragedies – only to feel comfortable enough to publicly cry in response to tearjerker TV programs like This Is Us.

Too bad though that so much of the time this is not us. We make a foolish mistake if we don’t understand that the blessing of crying wasn’t meant mainly as response to the unreal world of TV. Tears were meant to help us cope with the reality of our own lives’ tragedies. And that is why I am not ashamed to admit that whenever I see models of self-control who renounce tears for themselves as impermissible, I weep for them.

A Bag of Marbles: A New Holocaust Film Worth Seeing