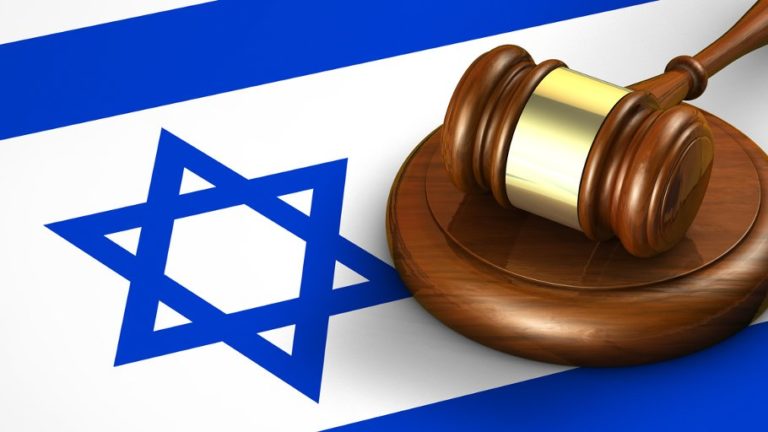 The new law isn’t meant to be read in isolation, but in concert with other Basic Laws enshrining Israel’s democratic system and fundamental human rights.

Israel’s new nation-state law has elicited a storm of criticism since it passed on July 19. Some of this criticism is justified; a law that manages to unite virtually the entire Druze community against it, despite this community’s longstanding support for Israel as a Jewish state in principle, clearly wasn’t drafted with sufficient care, as even the heads of two parties that backed the law (Jewish Home’s Naftali Bennett and Kulanu’s Moshe Kahlon) now admit. Nevertheless, much of the criticism stems from a fundamental misunderstanding of Israel’s constitutional system.

Israel doesn’t have a constitution. What it has is a series of Basic Laws to which the Supreme Court unilaterally accorded constitutional status. Many people, myself included, disagree with that decision, inter alia because constitutional legislation should reflect a broad consensus, whereas many Basic Laws were approved by only narrow majorities or even minorities of the Knesset. Nevertheless, both sides in this dispute agree on one thing: Each Basic Law is merely one article in Israel’s constitution or constitution-to-be. They cannot be read in isolation, but only as part of a greater whole.

Consequently, it’s ridiculous to claim that the nation-state law undermines democracy, equality or minority rights merely because those terms don’t appear in it, given that several other Basic Laws already address these issues. The new law doesn’t supersede the earlier ones; it’s meant to be read in concert with them.

Several Basic Laws, including those on the Knesset, the government and the judiciary, detail the mechanisms of Israeli democracy and enshrine fundamental democratic principles like free elections and judicial independence. There are also two Basic Laws on human rights, both of which explicitly define Israel as a “Jewish and democratic state.”

Of these human rights laws, the more important is the 1992 Basic Law: Human Dignity and Liberty. It includes general protections like “There shall be no violation of the life, body or dignity of any person as such” and “All persons are entitled to protection of their life, body and dignity,” as well as specific protections for liberty, property and privacy. Though the law doesn’t mention “equality” or “minority rights,” the courts have consistently interpreted it as barring discrimination on the eminently reasonable grounds that discrimination fundamentally violates a person’s dignity (the one exception, which all legal systems make, is if discrimination has pertinent cause, like barring pedophiles from teaching).

Thus to argue that the nation-state law is undemocratic because it doesn’t mention equality or minority rights is like arguing that the U.S. Constitution is undemocratic because Articles I and II confer broad powers on the legislature and executive without mentioning the protections enshrined in the Bill of Rights. Everyone understands that the Constitution’s provisions on governmental power aren’t supposed to be read in isolation, but in concert with the first 10 amendments, so there’s no need to reiterate those rights in every other article. Similarly, the nation-state law isn’t meant to be read in isolation, but only in concert with other Basic Laws enshrining Israel’s democratic system and basic human rights. Thus there’s no reason for it to reiterate protections already found in those other laws.

Nor are any of the law’s specific provisions undemocratic. For instance, the provision stating that “The right to exercise national self-determination in the State of Israel is unique to the Jewish people” doesn’t deprive Arabs of individual rights within Israel, nor does it bar the possibility of Palestinian self-determination in the West Bank and Gaza, which aren’t part of the State of Israel. The only thing it prohibits is an Arab state within Israel’s borders, which is problematic only if you favor replacing Israel with another Arab state.

Indeed, Israel’s new law goes much farther than many other democracies in guaranteeing minority language rights, thanks to one provision according Arabic “special status” and another stating that nothing in the law “undermines the status enjoyed by the Arabic language in practice before this Basic Law came into effect.” The latter provision actually preserves Arabic’s status as an official language de facto. It may have been stupid not to preserve it de jure as well, but “stupid” isn’t the same as “undemocratic.”

All of the above explains why even the heads of the Israel Democracy Institute – a left-leaning organization usually harshly critical of the current government – said at a media briefing this week that the law “doesn’t change anything practically,” “won’t change how the country is run,” and is merely “symbolic and educational.”

The law was meant to solve a specific constitutional problem: The courts have frequently interpreted the Jewish half of “Jewish and democratic” at a “level of abstraction so high that it becomes identical to the state’s democratic nature,” as former Supreme Court President Aharon Barak famously said. Yet no definition of “Jewish” can be complete without recognizing that Judaism has particularist, as well as universal, aspects because it’s the religion of a particular people with a particular history, culture and traditions. By emphasizing some of those particularist aspects, the law is supposed to restore the intended balance between the Jewish and democratic components of Israel’s identity. But it doesn’t eliminate those democratic components, which are enshrined in numerous other Basic Laws, nor was it intended to do so.

I’m skeptical that the law will achieve its intended purpose, but I see no good reason why it shouldn’t exist in principle. Israel isn’t just a generic Western democracy; it’s also the world’s only Jewish state. And its constitution-in-the-making should reflect both halves of its complex identity.

Evelyn Gordon is a journalist and commentator living in Israel.

My Fellow Palestinians, The Jews are Here to Stay

America - Hatred Among the Arabs