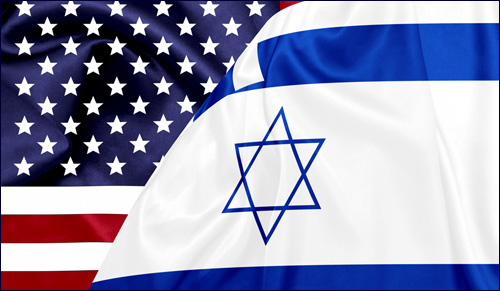 Jews stood up to the U.S. government 40 years ago, and should again on Iran.

These days, like many Israelis and American Jews, I find myself in a precarious and painful situation. Those of us who believe that the nuclear agreement just signed between world powers and Iran is dangerously misguided are now compelled to criticize Israel’s best friend and ally, the government of the United States. In standing up for what we think is right, for both our people and the world, we find ourselves at odds with the power best able to protect us and promote stability.

As difficult as this situation is, however, it is not unprecedented. Jews have been here before, 40 years ago, at a historic juncture no less frightening or fateful than today’s.

In the early 1970s, Republican President Richard Nixon inaugurated his policy of detente with the Soviet Union with an extremely ambitious aim: to end the Cold War by normalizing relations between the two superpowers.

Among the obstacles Nixon faced was the USSR’s refusal to allow on-site inspections of its weapons facilities. Moscow did not want to give up its main advantage, a closed political system that prevented information and people from escaping and prevented prying eyes from looking in.

Yet the Soviet Union, with its very rigid and atrophied economy, badly needed cooperation with the free world, which Nixon was prepared to offer. The problem was that he was not prepared to demand nearly enough from Moscow in return. And so as Nixon moved to grant the Soviet Union most-favored-nation status, and with it the same trade benefits as U.S. allies, Democratic Sen. Henry Jackson of Washington proposed what became a historic amendment, conditioning the removal of sanctions on the Soviet Union’s allowing free emigration for its citizens.

By that time, tens of thousands of Soviet Jews had asked permission to leave for Israel. Jackson’s amendment sought not only to help these people but also and more fundamentally to change the character of detente, linking improved economic relations to behavioral change by the USSR. Without the free movement of people, the senator insisted, there should be no free movement of goods.

The Republican administration in the White House objected furiously. It also claimed that by improving relations with Moscow it would be better able to protect us personally and to ensure that some Jews could emigrate each year. This put Jewish activists inside the USSR in a difficult position. We feared opposing our greatest benefactor, yet we wanted freedom for all Soviet Jews, and we believed that would result only from unrelenting pressure to bring down the Iron Curtain. This is why, despite the clear risks and KGB threats, we chose to publicly support the amendment.

American Jewish organizations also faced a difficult choice. They were reluctant to speak out against the U.S. government and appear to put the “narrow” Jewish interest above the cause of peace. Yet they also realized that the freedom of all Soviet Jews was at stake, and they actively supported the policy of linkage.

Now all that was needed for the amendment to become law was enough principled congressional Republicans willing to take a stand against their own party in the White House. It was a Republican senator from New York, Jacob Javits, who, spurred by a sense of responsibility for the Jewish future, helped put together the bipartisan group that ensured passage.

Later, when Javits traveled to Moscow as part of a delegation of U.S. senators, he met with a group of Jewish refuseniks and asked us whether the policy of linkage truly helped our cause. Although we knew that we were speaking directly into KGB listening devices, all 14 of us confirmed that Jackson’s amendment was our only hope.

The Soviet authorities were infuriated by the law and did everything in their power to prove that the Americans had made a mistake. Jewish emigration was virtually halted, and the repression of Jewish activists increased. In 1977, I was arrested and accused of high treason, allegedly as a spy for the CIA; in the indictment, Jackson was listed as my main accomplice. Yet far from discouraging me or discrediting the senator, the many mentions of his name in my sentence gave me hope — hope that the free world would not permit Soviet dictators to continue denying their citizens basic rights and that in the end our cause would be victorious.

The U.S. can either appease a criminal regime or stand firm in demanding change in its behavior.

It was. The amendment made the principle of linkage the backbone of the free world’s relations with the USSR. The decaying Soviet economy could not support an arms race or maintain tolerable conditions without credit and support from the United States. By conditioning this assistance on the opening of the USSR’s gates, the United States would not only help free millions of Soviet Jews as well as hundreds of millions of others but also pave the way for the regime’s eventual collapse.

Today, an American president has once again sought to achieve stability by removing sanctions against a brutal dictatorship without demanding that the latter change its behavior. And once again, a group of outspoken Jews — no longer a small group of dissidents in Moscow but leaders of the state of Israel, from the governing coalition and the opposition alike — are sounding an alarm.

Of course, we are reluctant to criticize our ally and to so vigorously oppose an agreement that purports to promote peace. But we know that we are again at a historic crossroads, and that the United States can either appease a criminal regime — one that supports global terror, relentlessly threatens to eliminate Israel and executes more political prisoners than any other per capita — or stand firm in demanding change in its behavior.

A critical question is, who, if anyone, will have the vision and courage to be the next Sens. Jackson and Javits.

The Real Story behind the Spy who Infiltrated Argentina’s Jewish Community
In the Shadow of David and Goliath
Where Do the Laws of Nature Come From?
Saadiah Gaon, Rashi and Maimonides: How Three Rabbis Revolutionized Judaism
Comments