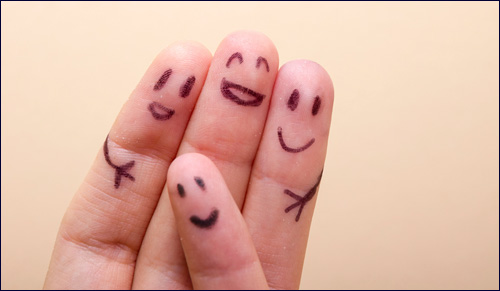 When I was growing up, I had no community. My family didn’t belong to a shul. My mother would say, “all they want is money”. I also rarely if ever visited other family members. Once again, my mother would say, “whatever you ask them for, it’s always no” so we didn’t visit. I was a boy scout for a very short amount of time which I enjoyed until I got kicked out and I didn’t have many friends because they thought I was nuts. I am also an only child so evenings were pretty much mom, dad and me. They went to sleep early and I wasn’t allowed to call anyone after nine because I was told after nine o’clock, you only use the phone if someone died. So all I had was my 14” black and white TV and a cocker spaniel dog that would hide under the bed and not come out all that much.

My first real taste of community was when I became a comedian. I would see the same people every night at the clubs and we shared a common bond of comedy. Many of my comedian friends felt the same way I felt growing up. It was an amazing time being with a group of people that on a daily basis were all trying to get better at something that few other people had any interest in doing. By 1984, I was living in Los Angeles. I saw a poster for a Torah class and went, not because I wanted to learn Torah but, because I was lonesome.

That’s when I met Rabbi Nachum Braverman and his wife, Emuna. They introduced me to what I always lacked and always craved but didn’t know it…a community. They invited me for Shabbat dinner and told me to come back anytime. I’m a literalist and took them up on it. I would show up mostly on Saturday uninvited for Shabbat lunch. They never blinked. If I tried that with my aunts and uncles, they would probably yell at me or have me committed. I kept taking classes from them which were held at their house. There I kept meeting new people that all seemed very nice. I started to go to more and more events as some of these people started to get married or have kids. I didn’t really know it but I was building my own community. It was a great feeling.

Then in 1990, I got married. My wife, Nancy, did have a community growing up so she quickly understood when I suggested we live in the Pico Robertson area of Los Angeles. We started having kids and bingo, we became fully entrenched in the community. Over the last 25 years I have been to more weddings and bar mitzvahs and brises than you could imagine. It has been nothing short of amazing. The joy and happiness that this has brought to me and my family is amazing.

Now we are enjoying watching our own kids and friend’s kids build their own communities. This week alone we went to two weddings and two sheva brachas and were also invited to a bris. My wife and I are members of Young Israel of Century City (YICC). The building the shul had called home for the last 25 years is under renovation so we have Shabbat services at Hillel on Saturday mornings. A few weeks back, I walked into Hillel and went up three flights of stairs to the basketball court where the service is being held. As soon as I walked in, I saw about 100 people I recognized and immediately felt a sense of warmth and security. I realized it wasn’t the old YICC building we had been in that gave me that feeling but rather it was the people that filled the place. I grabbed a talis, a siddur, and a Chumash and sat down to pray. I closed my eyes took a breath and said, “thank you G-d for this community”. About an hour later, I could smell the Kiddush being prepared for all of us and looked forward to talking with all my friends in the courtyard.

Jackie Mason’s Life and Jokes
Adam and Eve Were Vegan
Bechukotai 5782: Divine Retribution
Behar 5782: Working to Live or Living to Work?
Comments
MOST POPULAR IN Funny Stuff
Our privacy policy