Covid-19 in the Shadows of the Holocaust 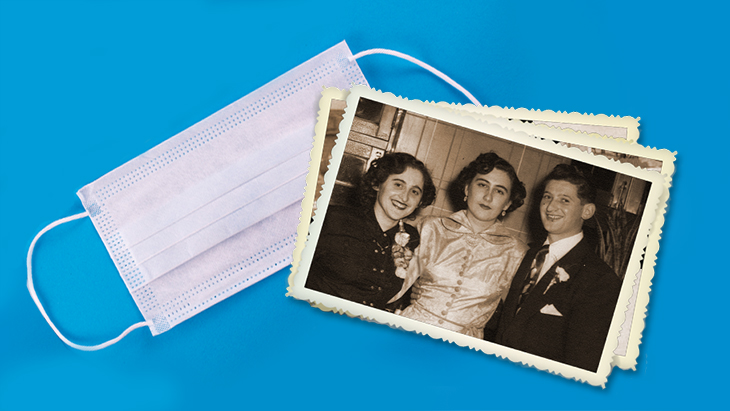 Children of survivors gain inspiration from their forebears. 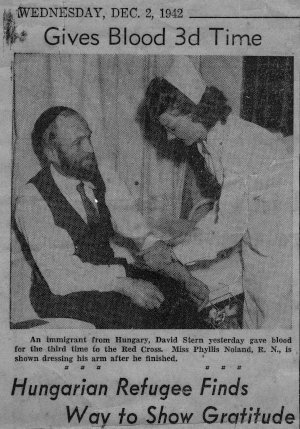 The author's grandfather, David Stern, who was working in NY trying to get visas for his wife and 8 children to get out of Czechoslovakia. Everyone perished except the two oldest kids, Harry Stern, her father, and her Aunt Irene

I didn’t know them when they were hungry and feared for their lives during the Holocaust. Their two and half years in hiding, surviving on carrots and the occasional onion skin were nine years behind them by the time I was born. At the war’s end, my mother and grandmother emerged from a dreary attic in Belgium jaundiced, their teeth in shambles. Their new life in America restored their health. Like Scarlett O’Hara, they vowed to never be hungry again. They raised my sister and me to be self-sufficient, frugal, resourceful, always ready for the unexpected, qualities that prepared us for some of the challenges of the Covid-19 pandemic.

Our home in Brooklyn was never short of food. Bubby – my grandmother, shopped daily, often visiting two supermarkets to buy what was on sale. She overcooked everything, but we ate from nature’s bounty: fresh string beans, asparagus, cauliflower, whatever was in season. Our shelves overflowed with canned goods, the freezer groaned with packages of chicken, steaks, and pounds of kosher delicatessen from Bloch & Falk, the German-Jewish deli in Washington Heights. I learned to cook whatever is fresh in the market and to always keep a pantry stocked. 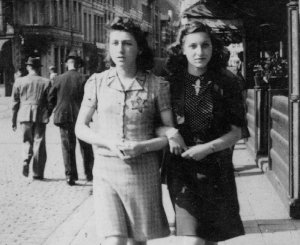 The author's mother walking down the street in Belgium with a Jewish star on her shirt.

When my son, a frontline physician in Seattle, sent our family links to the latest scientific data on Covid transmission, his step-mom, Simone replied: “I think of how this compares with our forebears during the war, living in fear and deprivation in ghettos, in hiding, or in far worse situations, how Europe emerged from the devastating losses and how different the world was in the postwar years. And that this is not a deliberate attempt to annihilate us… We are all going to be a little poorer when the crisis is over but we will still have a roof over our head and food to eat and our kids hopefully will find their paths in a new and more challenging world.”

Simone’s reflection motivated me to reach out to my cousins. We children of survivors all grew up in the shadow of the Holocaust. I wondered what lessons we carry, consciously or not, as a result of our upbringing. I yearn to talk with my parents, Bubby, my aunts and uncles, but none of them are alive today. I wanted to see how their lives and behavior inspire their children and grandchildren, even from beyond the grave. 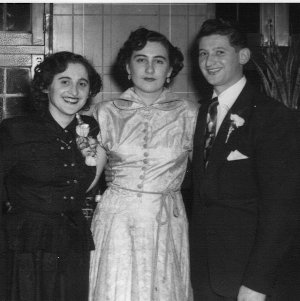 From left, Aunt Irene, and the author’s parents Thea & Harry on their wedding day, 1949

My first call was to Felice in Mohnton, PA. “My parents’ experience is always in the background of my personality and how I look at things. I know what they struggled with and what life was like for them from the day when they weren’t allowed to go to school in their hometown in Czechoslovakia. It’s made me a very strong person – shaped me in a lot of ways. I have a little of my mother’s outlook, 'Don’t dwell on things, try to move forward.'”

That sounded so familiar to me. When circumstances beyond my control have hit me hard, like getting laid-off during a massive downsizing at the hospital where I worked, I leapt into action, began strategizing right away, never allowing myself to wallow. It turns out that my parents’ stoicism, determination to move forward, and gift for finding silver linings were themes in each of my conversations with cousins. 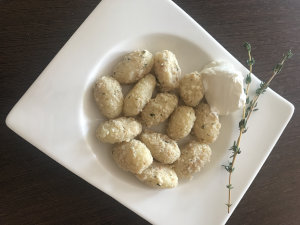 Aunt Irene was the best home cook I knew when I was a little girl. I adored my cousins, Ira and Mindy, and loved going to their house, with its fresh cooking and baking aromas. From her home in North Woodmere, NY, Mindy told me, “My mother used to talk all the time about being homesick, deprived. In Bergen-Belsen she had a bunkmate and at night, they talked about the foods their mothers made. She learned the best recipes in camp. They were so hungry, they imagined beautiful dishes, and she concocted them after she got out.” Aunt Irene perfected Shlishkas, the Hungarian-Jewish version of gnocchi rolled in toasted, buttered bread crumbs, and they became her signature dish. Just thinking of them now makes my mouth water.

Cousin Ira recalls that his mother “literally could not throw food out. She knew you could get energy from the juice in potato peels and was beaten in the camp for stealing some out of a garbage can. In her fridge, I’d find tiny little balls of aluminum foil - crumpled up, three-times used tin foil that she’d say, ‘didn’t owe me any money’ with a scoop of egg salad, a quarter of potato, two stalks of celery salvaged from soup.” But their “post-stress life was all about being normal, living a normal life.” 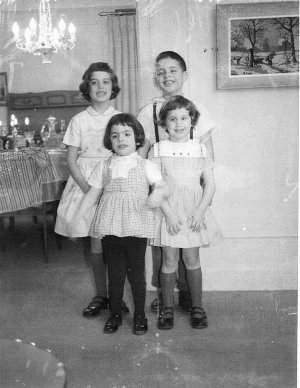 When Ira’s curiosity prompted questions about that era, his mom changed the subject. “I don’t want to talk about that,” she’d say. “I want to talk about my two diamonds, you and your sister…. They were proud of being able to forget, being able to get past it, and not wallow in it. If she were alive now, she would have been ready for Covid-19. She was resourceful, had a kitchen full of everything, and most important, had a positive attitude.”

My cousins and I, the first generation born after the Holocaust, are in our sixties. I wondered if our parents’ positive, can-do attitude has been passed on beyond our generation, to the grandchildren. I called my niece, Nina, a business entrepreneur in Brooklyn. She and her husband are both recovering from Covid-19, and have been self-isolating for weeks. Now that they can breathe more easily, their biggest lament is of losing their senses of smell and taste. I asked Nina how three of her grandparents’ Holocaust experiences inform her view of the pandemic. 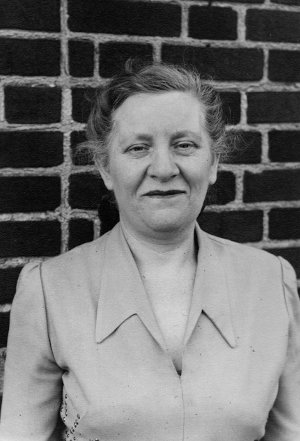 “It’s all I think about,” she gushed. “It defines how I get through this. I’m so privileged – I have a pantry full of food, I feel really lucky. Sabba, Savta and Oma give me strength – it feels so much less than what they lived through. We’re not being persecuted and I’m not hiding from someone. What we’re doing doesn’t feel like much of a sacrifice. I have a lot of hope.”

Maybe that’s the key – when facing hardships, find inspiration in the stories of your forebears. Their endurance models hope, strength, and a belief that the future will be better. If they could do it, what are we complaining about? And if your spirits start to sag, take a few basics out of your pantry: eggs, oil, salt, flour. Boil some potatoes. Make a batch of shlishkas, roll them in butter and bread crumbs, bake, and serve with sour cream. Ahhhhhh. We can get through this.

Where Is Our Jewish Leadership Hiding?

Passover's Promise
Near Death Experience Panel
The Western Wall: The Heart of the World
Ask the Right Question: Tisha B’Av
Comments
MOST POPULAR IN Israel
Our privacy policy
Aish.com Is Looking for Great Writers